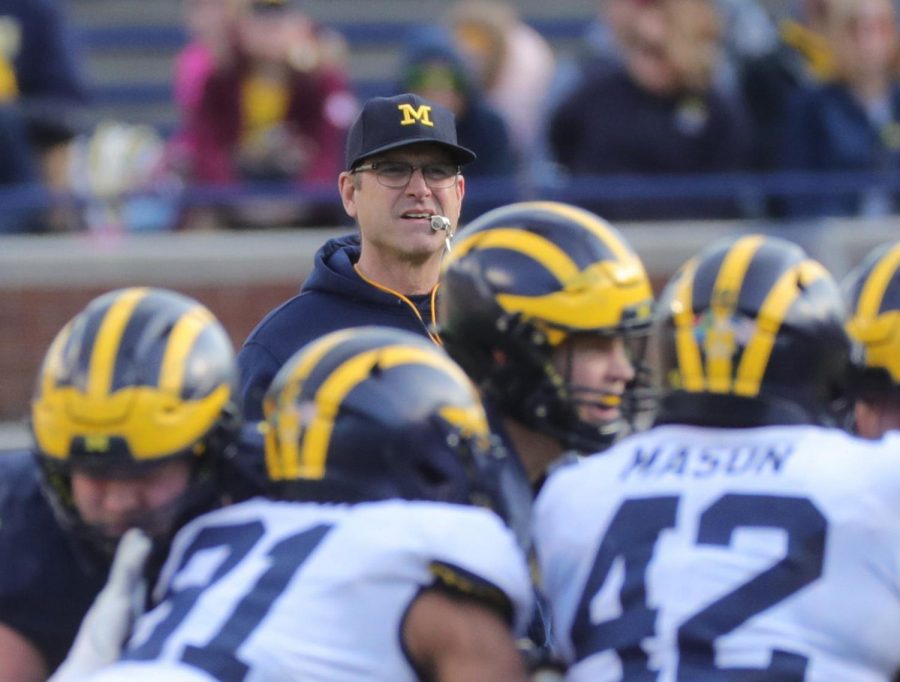 Despite the schedule lacking only two FBS conferences, Week 9 of the college football season felt like a microcosm of 2020 sports. Due to a shortage of premier matchups, the conversation entering Saturday was more focused on two virus-related topics than the games themselves. An ever-growing COVID-19 outbreak among Wisconsin players and coaches forced the cancelation of the Badgers’ game against Nebraska, and the Cornhuskers’ attempt to schedule a last-minute replacement game against Chattanooga was firmly rejected by the Big Ten. The Big Ten’s decision to wait until Week 8 to begin their season is beginning to look like it was the wrong move, since their eight-game schedule has no room for rescheduled games, and their 21-day sit-out period for COVID-positive players may cause multiple games to get canceled for each outbreak in the conference. Wisconsin is out 12 players and 10 coaches as of Monday morning, and none of them can return until after their next two scheduled games. If the outbreak was enough to cancel the Nebraska game, any more cases could knock the next two games off the schedule as well.

The other major storyline entering into the weekend was the absence of Heisman-hopeful quarterback Trevor Lawrence from first-ranked Clemson’s game against Boston College due to the Junior phenom testing positive for the virus. Lawrence’s backup, former-five-star recruit D.J. Uiagalelei, looked comfortable in his first collegiate start as he threw for 342 yards and two touchdowns, but a lackluster showing by the Tiger defense in the first half put the top-ranked team behind 28-13 at the break. Clemson managed to flip a switch in the second half and hold the Eagles scoreless the rest of the way en route to a 34-28 Clemson victory. The Eagles’ approach on offense, attacking the Clemson blitz with downfield passing, will likely be emulated by more teams on Clemson’s schedule, including next week’s opponent, fourth-ranked Notre Dame, so the Tigers will need to be able to answer that strategy in the future if they want to return to the College Football Playoff.

The Halloween games provided a few upsets to go along with Clemson’s scare. Thirteenth-ranked Michigan looked like a playoff contender last weekend in their opener against Minnesota, but they were suffocated by rival Michigan State, who never trailed en route to a 27-24 victory. Sixth-ranked Oklahoma State, the Big 12’s last undefeated team, dropped an overtime contest to Texas 41-34 despite the 400 passing yards of quarterback Spencer Sanders. The Cowboys lost five turnovers in the contest, allowing Texas to hang around all game long despite a weak offensive performance overall, and now the Big 12 looks wide open as Oklahoma State sits at 4-1 on the season, just above five different teams with a 4-2 record.

Fifteenth-ranked North Carolina dropped their second game in three weeks Saturday when they fell 44-41 to Virginia. The Cavaliers’ inventive offensive attack, which featured four rushers getting eight or more carries, was too much for the Tar Heels’ defense, which has needed to be bailed out by its offense numerous times this year. This week, Sam Howell’s 443-yard, four-touchdown performance was not enough to win, and future opponents of the Tar Heels, including Wake Forest, are taking notes on how to defeat them.

Next week sees the return of the last Power Five conference: the Pac-12. With more teams playing at once and major questions about who will contend for conference championships, this November looks to be more consequential than ever. Major matchups abound in the next few weeks, but even the most innocuous conference games can catch championship contenders off-guard in a season thus far characterized by inconsistency and chaos.