Cases have decreased, but the university remains cautious after Halloween weekend 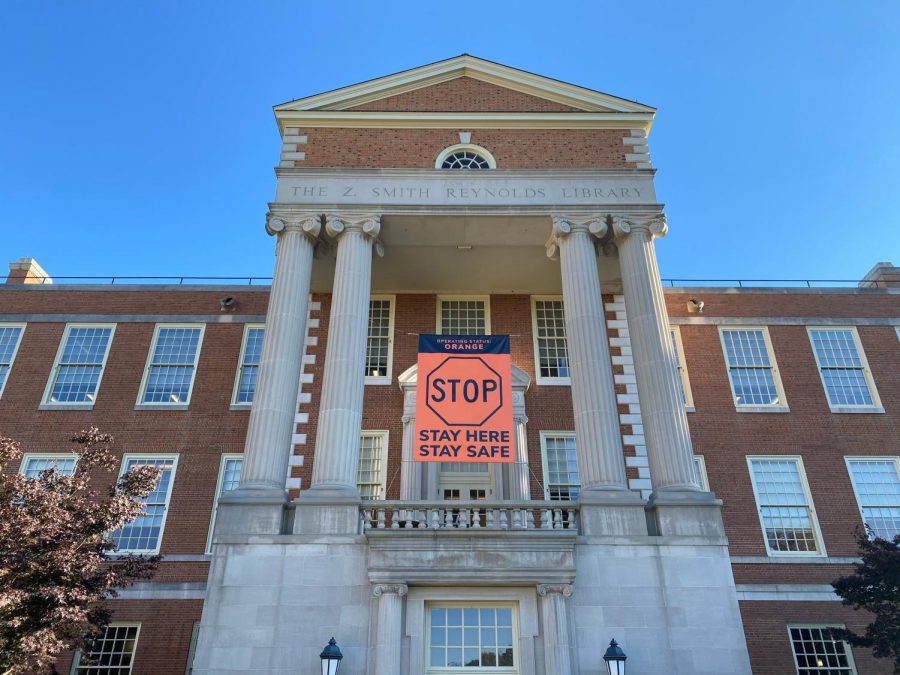 On Monday, the university announced that it would remain in Orange status for the next 10 days. As of Wednesday morning, few cases have been reported since the surge we saw last week, with only 35 active cases on campus. In President Nathan Hatch’s email to the student body on Monday, he announced that, at one point, “about 10% of undergraduate students were either in quarantine or isolation.”

James Raper, Assistant Vice President for Health & Wellbeing, describes Orange status as serving two purposes — one, “to help guide a change in logistics aligned with the relevant health and safety measures needed to contain the virus,” and two, “to alert the community that we are headed in a risky direction as a community related to the virus. For so many members of our community, we feel a strong pull back towards what feels ‘normal:’ gathering closely, eating and drinking and celebrating in groups, etc.,” Raper said. “These visual cues all around campus […]  are hopefully serving as important reminders of the realities of the behaviors we must engage in to keep our community here and healthy.”

“If the Yellow operating status level represents ‘we’re doing okay, keep it up,’” Raper said, “Orange represents ‘woah, we need to check ourselves before things get worse.’  It’s an important middle ground before more significant virus-limiting restrictions are put in place at the Red operating status level. To me, if there’s one most important function for our community, it’s that one.”

As expected, Red represents the most serious danger, whereas Orange is more of an immediate warning.

In general, the initial feeling was that social gatherings during Halloween night tended to follow the pattern of small-group gatherings already happening on campus, as opposed to superspreader events.

“We aren’t aware of specific Halloween incidents where there were large/high-risk gatherings that often occur, but rather that students continue to gather in smaller groups,” Raper said.

However, he also brought attention to the danger that widespread small-group gatherings present.

“It’s noteworthy to remember that what likely moved us into Orange was lots of small gatherings, parties, and eating/drinking out in the Winston-Salem community.”

Another source of increased risk, according to Raper, is that this is typically when the university’s fall break would occur, and consequently when many students would be expecting to travel to other parts of the state and the country.

“While not necessarily Halloween related, [instances of travel] are events that increase the risk of transmission of the virus,” Raper said.

As reported last week by the Old Gold & Black, the presence of positive COVID-19 cases among contract workers raised awareness of the dangers of close exposure between workers and students, highlighting the importance of tracking contract workers’ cases on the Wake Forest COVID-19 dashboard.

Yet, Raper clarified that, as of now, there are no signs of ongoing transmission from students to workers or vice-versa.

Additionally, he noted that classroom and academic environments do not seem to be sites of COVID-19 spread.

“Over the course of this semester we have implemented focused testing to account for the presence of the virus throughout a variety of ways that students gather: student organizations, residence halls/floors, academic classes, etc.” Raper said. “When we had our increases we deployed the same strategic approach while also increasing our weekly stratified random sample size to a total of 600 students.”

He explained that this level of testing would stay consistent through the end of the semester.

Ultimately, being in Orange status for another 10 days is disappointing to many, but was not unexpected. The university will reassess its status on Nov. 12, deciding whether or not to go back to Yellow, remain in Orange, or advance to Red.