As the deer population in North Carolina grows, so do cases of Lyme Disease 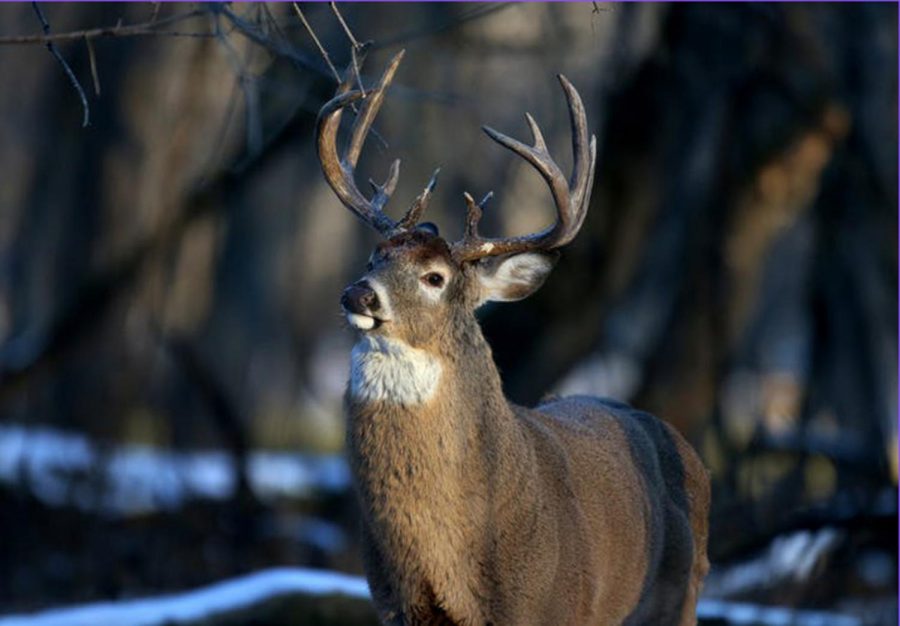 With the population of white-tailed deer rising in North Carolina, it is becoming increasingly difficult to counteract the public health concerns that follow.

According to the N.C. Wildlife Resources Commission, the deer population has drastically increased over the last 100 years — from a mere 10,000 deer to a whopping one million deer.

“Not only have these animals recovered, but they’ve recovered to the point where they’re at an overpopulated level in most areas,” said Dr. Jared Beaver, who leads research on deer overpopulation at Pilot Mountain State Park.

The park is equipped to support 10 to 20 deer per square mile. However, through the use of camera traps and drone technology, as many as 80 deer are detected per square mile.

The Deer Project Report for Pilot Mountain State Park explains the overpopulation of deer intensifies the transmission of zoonotic diseases, especially in a place so many people recreate.

“I would say the biggest issue is human safety and wellness,” Beaver said, especially as “deer are a primary reservoir for tick species.”

Junior Carolina Conway, from Boone, N.C., worked at a summer camp in Pisgah National Forest and now works for Outdoor Pursuits on campus. She has completed two wilderness first aid trainings at which she learned how to prevent and treat tick bites.

“You use a tick scraper or even a credit card to scrape the tick off,” Conway said. “Wilderness experts say to not use tweezers anymore because the head could get dislodged and cause complications.”

Deer ticks are the only type of tick that can spread the bacterial infection Lyme disease. These ticks regurgitate their stomach contents, which transmits the disease.

“Only until very recently, there really haven’t been many cases of Lyme disease in North Carolina,” said Dr. Joanne Clinch, the clinical director at Wake Forest Student Health Service. “I practiced the first part of my career in the Northeast, and we saw a lot of Lyme disease cases there.”

However, Clinch explained that there has been a movement of Lyme disease cases along the Appalachian Trail as deer ticks migrate south.

According to the N.C. Department of Health and Human Services, “Tick borne illnesses continue to cause significant morbidity [in the state].” Data shows that the average number of confirmed Lyme disease cases from 2009 to 2017 was about 33 cases. However, in 2018, there were 56 confirmed cases among 156 probable cases.

There are many probable cases because Lyme disease is difficult to detect. It presents flu-like symptoms and, sometimes, a bullseye-shaped rash. To diagnose the disease, doctors administer a two-step test, but it is not always effective.

The test requires two steps because it sometimes does not detect Lyme disease at first. There is also the chance that the test gives a false positive because Lyme disease resembles other tick-borne illnesses, which do not have the same long-term health effects. The CDC recommends research be conducted to develop a more accurate test.

“My uncle who lives in my town has Lyme disease,” said junior Samantha Fortner, from Bakersville, N.C. “He started showing symptoms of tiredness and dizziness, and since he spends a lot of time in the woods, he decided to get tested. It turned out his doctor misdiagnosed him with another tick-borne illness. When he went back in for more testing, he was diagnosed with Lyme disease.”

It takes between a week and 30 days to exhibit symptoms of the disease, but when treated in the early stage with the antibiotic Doxycycline, it can be cured. However, undetected and untreated Lyme disease can cause long-term health problems, like arthritis, headaches, short-term memory loss and infection to the heart.

To prevent tick bites and tick-borne illnesses, Clinch recommends covering skin when walking through grassy, wooded areas and checking for ticks after. Ticks like to live in warm spots of the body, such as underneath arms, in the groin area and around the nape of the neck. If the tick is removed within 24 hours, it cannot transmit the disease.

“If you look at a map, Forsyth is right below a high incidence county, so tick-borne illnesses are going to come,” said Clinch. “The deer are living among us and even dropping ticks in our yards. It will be interesting to see how these patterns change as deer continue to mix more with us.”