News that the Jeapordy! host passed away hit the stands this past Monday 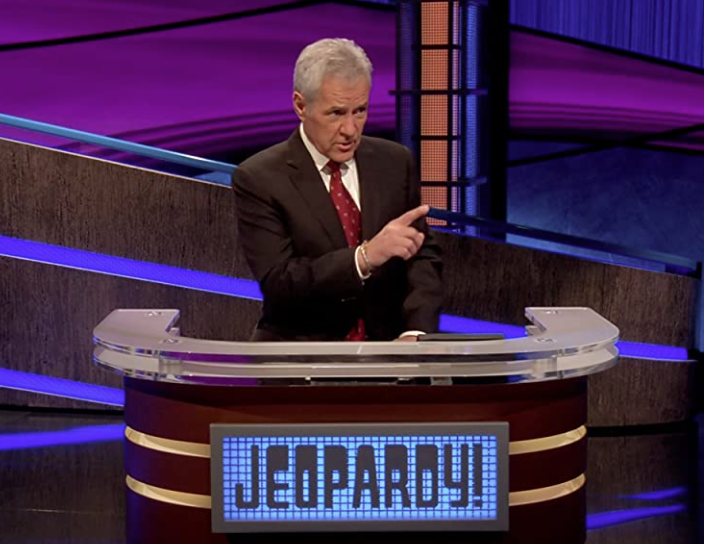 Alex Trebeck served as the host of the television game show Jeapordy! for 30 years. Often portrayed as the star, Trebeck claimed the true stars were the contestants (Photo courtesy of imdb.com)

This Canadian-born syndicated game-show host fueled and satiated the curiosity of millions during his time in the spotlight?

Who is Alex Trebeck?

Trebeck, who died Sunday at age 80, was a mainstay in American living rooms as the host of the ABC quiz show Jeopardy!. I remember, as many do, growing up hearing his voice at 7 p.m. Jeopardy! appears in many of my earliest memories, of which I still cherish today.

I always admired Trebeck for his steady and firm, yet kind voice. I came to appreciate it first as a kid who knew perhaps 11% of the answers (or, I suppose, questions) on the show. The host’s ability to correct but not seem overly pretentious was something that likely spurred my desire to know more and not less. In a world where the intelligent are derided as elitist and highbrow, Trebeck was surprisingly down to earth. Even on obvious clues where the answer/question was something like “What is the Declaration of Independence?” and no contestant rang in with the correct answer, Trebeck remained sympathetic. I could never do that; during those times, I am usually screaming at the TV.

I also always loved Trebeck’s sense of humor. In one episode, he had to perform an entire category’s worth of rap lyrics, and he took it in stride.

“I was really starting to get into the whole rap thing,” Trebeck said in an episode. In another episode, this one a bit before my time, he was tricked into coming into the studio without pants, as the contestants had. The difference was that Trebeck did not have the lecterns to hide behind. The host simply laughed it off.

Perhaps Trebeck’s most admirable quality is his humility. Many have tried to paint him as the star of Jeopardy!, but he has consistently refused, insisting that the contestants are the real stars. This is why, until his final episode airs on Dec. 25, Johnny Gilbert will introduce him as “the host of Jeopardy!”

I had the pleasure of reading Trebeck’s memoir, And the Answer Is…, this summer. Trebeck grew up in a middle class family in a cold Canadian town, and he was especially shaped by his father, a pastry chef. It was from his father that his humility came from.

Now that Trebeck is gone, ABC will have to find a new host to fill Trebeck’s gigantic shoes. I am hoping that host will be to my children as Trebeck was to me: a reminder that curiosity and knowledge are things to be rewarded, not ridiculed.