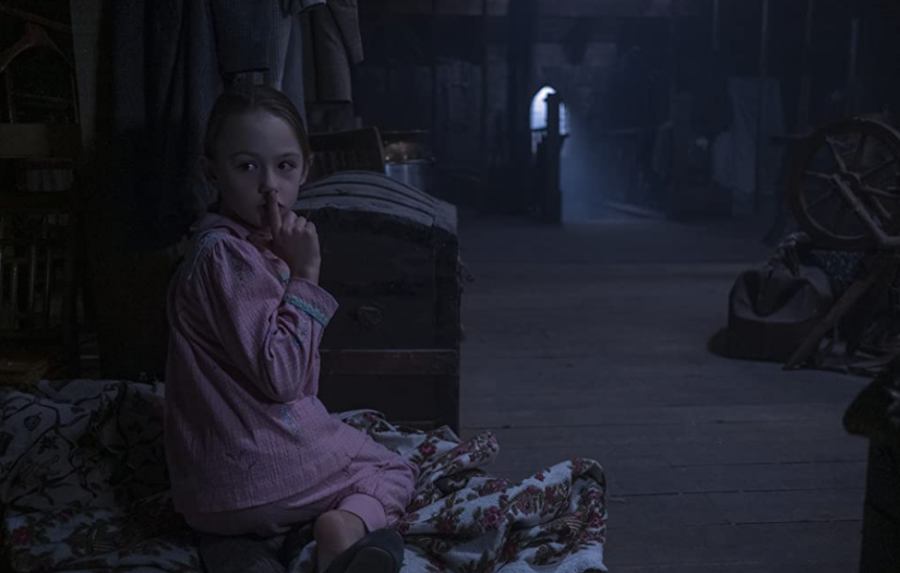 The second season of the Netflix horror anthology is based on the Henry James novella The Turn of the Screw. The show features cast members from the first series and some new British actors (Photo courtesy of imdb.com)

If the recent history of Netflix’s original shows have been any indication, the creators of these programs most certainly believe that patience is a requisite virtue of the audience. The Haunting of Bly Manor is an addition to the unnecessarily long dramas that preside over the rest of the Netflix content. It is the ‘sequel’ to The Haunting of Hill House, another part of the Haunting anthology series. Just like The Haunting of Hill House, The Haunting of Bly Manor is based on a successful literary work — Henry James’ novella The Turn of the Screw. Now, you won’t find that this drama has copied this story scene for scene, so reading it won’t spoil the show for you. Instead, Bly Manor has drawn out the meaning of The Turn of the Screw and the mythology of Henry James’ other ghost stories into a sprawling nine-episode show.

I’d certainly like to say that the ending is fulfilling and that it makes each episode — which are close to an hour long — worth the watch. Yes, there are fluttering emotional payoffs that tug at your heart-strings and terrifying jump-scares that ensure anxiety throughout the episode. The recurrent problem with Bly Manor is the space between progression and explanation that even the best television nowadays struggles to make meaningful. I’m talking about the dreary, exposition heavy dialogue that is null and void of generative activity. There were multiple times where I felt like I was slogging around the English countryside outside of Bly Manor rather than on its grounds where the drama should be unfolding. Hill House delivered and stretched tension in a coherence across a ten episode span while Bly Manor struggles to balance the past and present and center on a particular theme.

The central character in the show is the au pair Danielle “Dani” Clayton, played by the returning Victoria Pedretti. I don’t have any complaints about her performance. Pedretti sells the typical, young 1980s American woman who, under the surface, is anything but typical. The audience connects to this au pair through her dynamic performance. Pedretti’s character has a conflicted nature that is a considerable point of appreciation for many, as both the writing of the character and the performance of the actress helped to create a centerpiece of perspective, at least for some parts of Bly Manor. Another redeeming aspect of this show is the equality of importance across the different parts. I honestly couldn’t decide the second most important role. If you’re afraid of tiny British children, you’ll get your fill of horror from this Netflix original. Flora and Miles are the two children of Bly Manor, who are left alone after the death of their previous governess at the onset of the drama. Danielle Clayton is brought in by their beleaguered uncle Henry (Henry Thomas) as an au pair for the children, who are apparently undisciplined and prone to mischief. A big mansion in the bleak English country, with two young kids and a recent suicide? What could go wrong? Oh, I almost forgot to mention that the parents of these children were mysteriously killed some time before the events of this show.

If you are wondering why this au pair would choose to work at such a dangerous and horrifying location, let me comfort you with the fact that the audience is progressively smacked in the face with an explanation that isn’t at all realistically sufficient. Across the length of Bly Manor, the episodes are centered on past experiences and flashbacks that detract from the focus of the present tragedy unfolding at Bly Manor. Danielle’s traumatic past, and her reasons for working at Bly Manor are revealed too late into the show. Rather than understanding and empathizing with her choice to enter into this hell, the audience is left confused and wanting of an explanation for her character, at least in the first three episodes. However, even though she is in an extremely perilous environment, Dani isn’t alone. The staff of Bly Manor make for a lively and impactful cast of misfits that all distribute wonderful acting performances. The housekeeper Hannah Grose, played by the incredible T’Nia Miller, occupies a place in the mind-bending episode five which was a clear highlight for me.

Ultimately, The Haunting of Bly Manor felt like much more of a thriller than a horror show or ghost story. If The Haunting of Hill House was aiming to capture the decay of a family and the emotional horror tied to it, the show runners certainly hit the target. On the other hand, The Haunting of Bly Manor overplayed the bursts of fright — emphasizing the contrast between the overwrought dialogue and the actual moments of action in the story. I’m fairly certain that I fell asleep in the seventh episode and was rudely awakened by the surprise appearance of the Lady of the Lake. Yet even my distraction and disappointment with various elements of the show could not shake the emotional impact of select characters — although when you’re watching a 500 minute show, it becomes increasingly harder for the drama not to be impactful. The deceased governess Miss Jessel and Peter Quint make for an engaging love affair which partly hints at a dull theme about class. The prospect of being trapped as a ghost in an area for eternity was horrifying and enough to pull me into caring about these two characters.

I would be remiss if I didn’t mention the relationship between Jamie, the gardener, and Dani. The subtle, perceptive performance of Amelia Eve was arguably the best of the show and enabled the audience to feel the final heartbreak of Bly Manor. My biggest complaint about this show is that this relationship didn’t start earlier and that it lacked the brunt of the focus throughout the story. I would recommend this show if you’ve got way too much time on your hands, though you should definitely check out Hill House first.