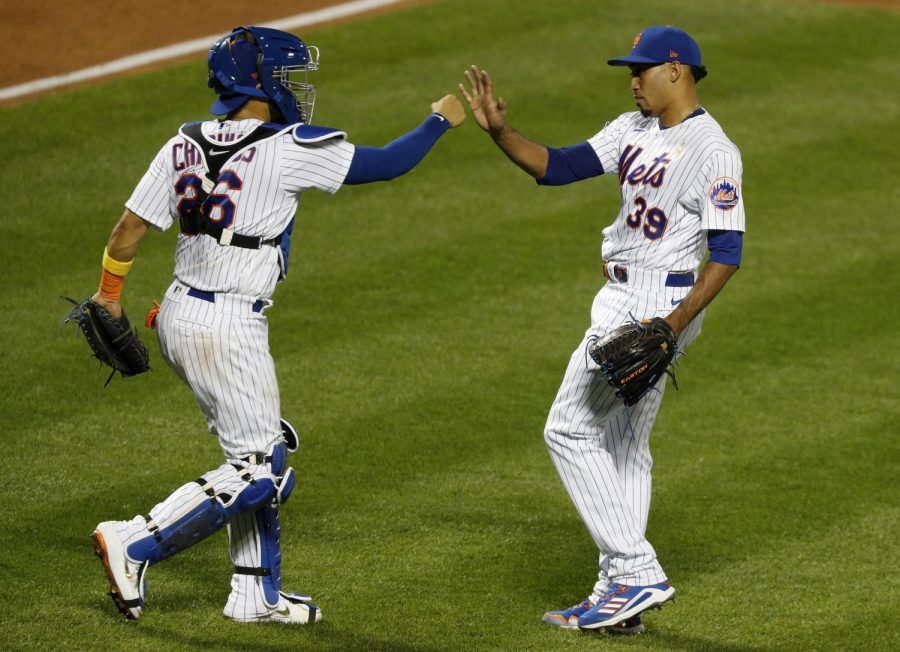 Mets fans haven't had much to celebrate as of late, but their fortunes could change after the team was purchased by the billionaire hedge fund manager Steve Cohen (Jim McIsaac/Getty Images/TNS)

New Yorkers have endured decades of frustrating seasons under the ownership of father and son duo Fred and Jeff Wilpon. The Wilpons heavily invested in Bernie Madoff’s Ponzi scheme, which led to their ownership being put on life-support with loans from the MLB. Needless to say, the Mets have routinely been financially hamstrung. The organization has become notorious for teasing rumors of landing big fish free agents only to settle for mediocre bargain chips. Despite these challenges, the team has found ways to reach the World Series as recently as 2000 and 2015. However, fans are hungry for success because they are in the attractive free-agent destination of New York, and they are forced to watch the neighboring Yankees compete for championships yearly. Their division rival opponents, the Philadelphia Phillies and Washington Nationals, have each won World Series rings within the last 12 years.

Enter Steve Cohen. Cohen, a life-long Mets fan, purchased an 8% stake in the team in 2012. In spring of this year, Cohen began talks to become the majority team owner, but could not reach a final agreement. In the summer, Cohen returned to the table, but this time he competed with another ownership group led by Alexander Rodriguez and Jennifer Lopez. On Sept. 14, Cohen came to an agreement with the Wilpons, and MLB owners approved the sale of the Mets on Oct. 30. Cohen now owns 95% of the Mets, and his $2.475 billion purchase is an MLB record. Cohen set another record becoming the wealthiest owner in the MLB with an estimated net worth of $14 billion. Cohen previously founded S.A.C. Capital Advisors, a hedge fund that pled guilty to insider trading, but Cohen settled to be barred from trading from 2016 to 2018. Cohen is believed to have influenced the development of fictional character, Bobby Axelrod, on the show “Billions.” He now runs another hedge fund, Point72 Asset Management.

On Nov. 6 Cohen officially assumed ownership of the Mets and released the following statement: “This is a significant milestone in the history of this storied franchise. I want to thank everybody who helped make this happen. The 2021 season is right around the corner and we’ve got a lot of work to do, so I’m excited to get started. Let’s go Mets.” Cohen’s first move as owner was to guarantee that all employees of the Mets would be paid what they were before the COVID-19 pandemic hit. Cohen has also wasted little time on his mission to deliver a winning Mets culture. With expectations that the MLB owners would approve him to take over the team, he re-hired former Mets General Manager Sandy Alderson to be Team President earlier this fall. Alderson is often credited with engineering the Mets 2015 World Series roster. On the same day that Cohen took ownership, he cleaned out the entire front office staff, including General Manager Brodie Van Wagenen. Cohen will reportedly seek to lure successful executives away from other MLB teams, and will revamp the Mets analytics team. There are several exciting free agents that Mets fans hope Cohen will open up his wallet for including catcher J.T. Realmuto, pitcher Trevor Bauer and outfielder George Springer.

Cohen’s ownership will likely shake-up the MLB power balance. This is a new chapter in the Mets history, and fans should be excited about their future.