As the playoffs approach, several teams shined in Week 10. Brady's Buccaneers wasn't one of them 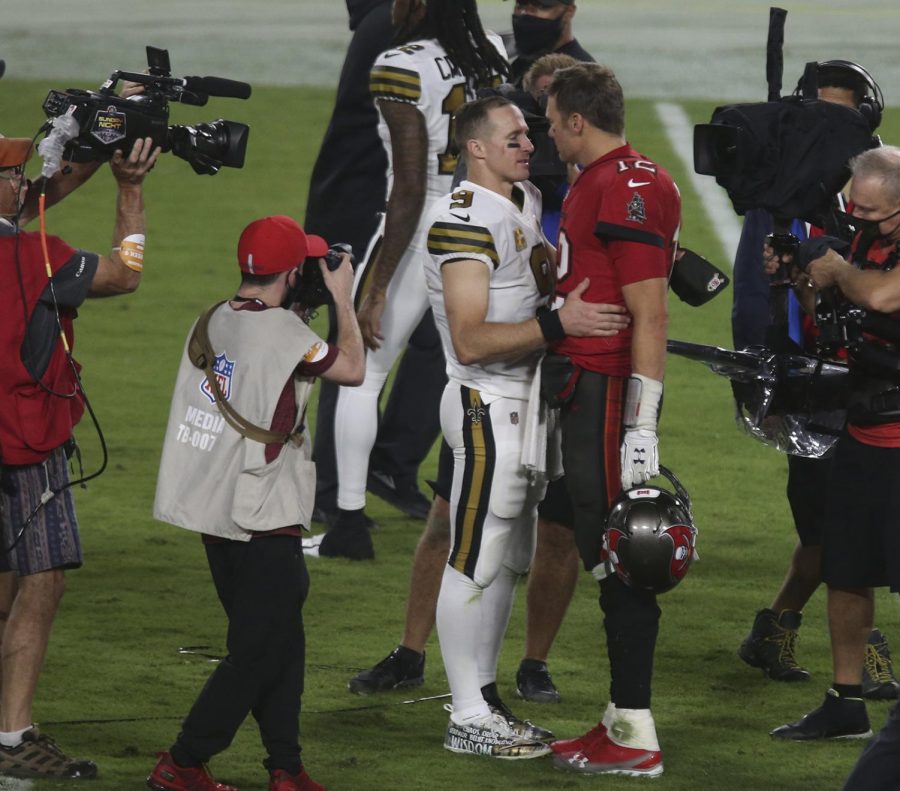 As another week of football passes, anxious fans are getting closer to predicting what the playoffs will look like.

Most of this week’s winners were expected: the Baltimore Ravens’ win over the Indianapolis Colts, the Minnesota Vikings’ defeat over the Chicago Bears. Several games, however, were closer than most fans might have thought.

The Pittsburgh Steelers remained undefeated with their win against the Dallas Cowboys, but won by only a small margin. In fact, the 8-0 Steelers were down with just over three minutes left in the fourth quarter. Luckily for Pittsburg, Cowboys quarterback Garrett Gilbert was not able to complete a pass for what would have been the winning touchdown with seconds remaining on the clock.

The close margin was surprising considering the Cowboy’s struggles thus far this season. Losing Dak Prescott to an injury several weeks ago certainly put a damper on their playoff aspirations, and at this point they’re probably out of the race for the playoffs with a current record of 2-7.

The rest of the NFC East is not looking much better. The New York Giants managed to get a win over the Washington Football Team on Sunday. Somehow, the Philadelphia Eagles are currently first in the division despite a dismal record of 3-4-1.

Moving into the NFC West, the leaders of the division, the Seattle Seahawks, lost to the Buffalo Bills despite putting up a solid offensive performance. The San Francisco 49ers, who are last in the division, lost to the Green Bay Packers on Thursday.

Last season’s NFC champs, have had their fair share of struggles, largely due to debilitating losses to QB Jimmy Garoppolo, and also star players in George Kittle and Nick Bosa. The 49ers are currently last in their division, behind the Los Angeles Rams.

Somewhat surprisingly, The Packers fell to their division rival Vikings, whose defense held Aaron Rodgers’s offense to only 22 points.

The most anticipated NFC game this week had to have been between the Tampa Bay Buccaneers and the New Orleans Saints, but the game proved anything but exciting. Saints fans can rejoice in a heroic defensive effort and compelling offensive performances, including a dominant game from quarterback Drew Brees, who overtook opponent Tom Brady’s spot atop the Touchdown Pass Leaders list. Taysom Hill’s stock continued to rise as he flashed his versatility rushing, passing and receiving.

Brady’s performance on Sunday was uncharacteristic for the future hall of famer. He has led his new team to a solid 6-3 record this season, but Brady threw three interceptions and was unable to find the endzone a single time against the Saints in their 31-3 bludgeoning.

Tampa Bay fans were looking forward to seeing what kind of help would come from Antonio Brown, who had not played in the NFL for more than a year. Brown has had his fair share of career struggles over the past couple of years bouncing between teams, but his debut for the Bucs finally came on Nov. 8.

Brown’s performance (three receptions for 31 yards) along with that of the rest of the team, was underwhelming to say the least.

In the AFC, few expected the tight score between last season’s Super Bowl champions and the 3-6 Panthers, but Patrick Mahomes and the Kansas City Chiefs did secure a 33-31 victory. Mahomes threw four touchdowns and seems to be putting his team in position to make another deep run in the playoffs again this year.

Teams in the thick of the Wild Card races include the Baltimore Ravens, Oakland Raiders, Miami Dolphins, Arizona Cardinals, Buccaneers and Rams.

Week 11’s first game between the Colts and Titans will take place on Thursday, Nov. 12.