Storm the beaches of Normandy 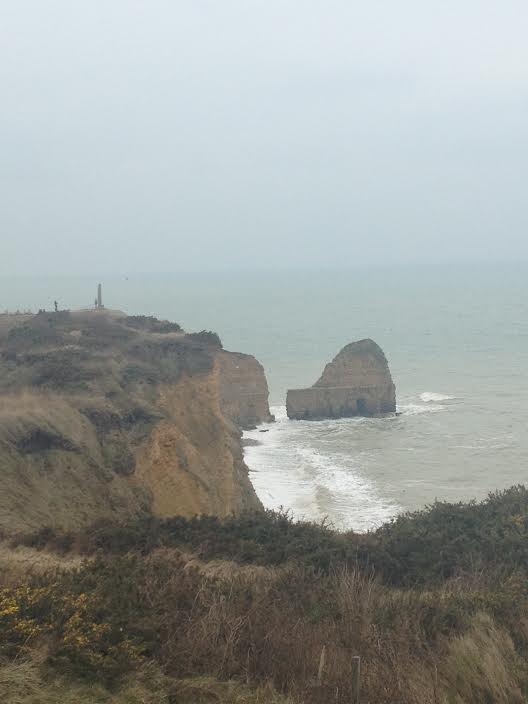 Sixty hours seems like a pretty large amount of time when you’re visiting any place — especially one with as many high profile WWII sites as the Normandy region of France.

However, it’s really not. Based on my own experience of seeing this historic region in just two and a half days, here are some tips to make the most of your time in Normandy.

I used the town of Bayeux as my base of operations during my travels in Normandy, partially because of its historic significance and partially because it’s pretty nicely located in relation to the rest of the region.

The Bayeux tapestry is definitely worth checking out on your first half-day because it only requires a little bit of walking from anywhere in the village. It’s well-priced and it’s important in terms of history (it details the lead-up to William the Conqueror’s invasion of England).

About 30 minutes from the center of Bayeux is the Pointe du Hoc, once the site of a Nazi artillery battery situated approximately halfway between Utah and Omaha beaches. Definitely a must-see for any history-minded person. You can actually walk around and poke your head into old bunkers and many of the guns are still there. The view alone makes it worth the visit because if you stand at the very tip of Pointe du Hoc and look to the west, you can vaguely see Utah Beach, and if you look to the east, you can see Omaha.

From the Pointe du Hoc, travel 31 minutes northwest to end up in the village of Sainte-Mère-Église for a stop at the informative Airborne Museum. Fans of HBO’s Band of Brothers will almost certainly want to check it out.

On the way back to Bayeux, one of my favorite sites, and one that very few people even know about, is Brécourt Manor. It’s not marked on any guidebooks or with any signs, but if you can find it — and especially if you have a  decent guide, it’s a great place to stop.

Today, it’s just a farmhouse and a field with hedgerows, but back on June 6, 1944, the Manor presented the 101st Airborne with one of its most harrowing battles. Basically, it’s really important.

The second day in Normandy should be dedicated to visiting Omaha Beach, Utah Beach and the American cemetery, so definitely get an early start.

Start the day with Omaha Beach, a fairly short 22-minute drive from Bayeux, according to Google Maps. A bunker still stands on the beach itself, covered in infographics in French, English, Italian and German.

It also includes a map of the area as it would have appeared on June 6, 1944.

The American Cemetery is a very quick 8-minute drive from Omaha Beach, so that should be your next site. There really aren’t too many words to describe the experience of the cemetery. For one, it’s huge. It’s also incredibly moving as you walk through the rows and rows of pristine white headstones in silence. No one speaks. It’s very sobering.

The last site to see on your visit to Normandy is Utah Beach. The casualties at Utah weren’t nearly as high as they were at Omaha, but that doesn’t diminish the significance. The overlooking memorial stands up beautifully against the horizon, making for a wonderful last view of Normandy.

There’s so much more to see in Normandy. The food is great, the drinks are greater — make sure to try the regional alcohol, calvados — and the history is more than you can imagine.