Gearing up for a one-of-a-kind Masters

The Masters Tournament, taking place this November, will be a strange affair 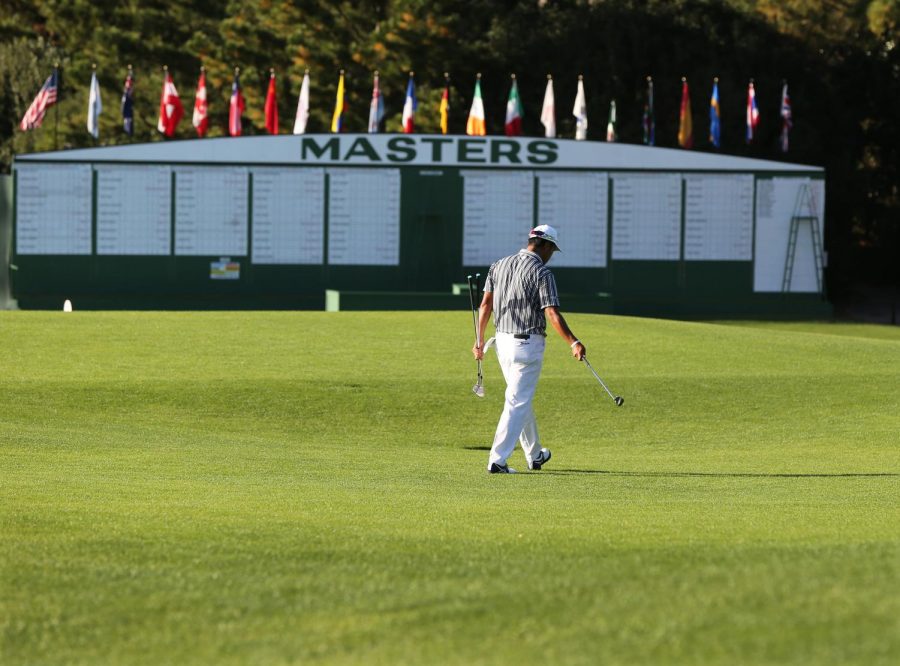 Golf fans may not be accustomed to golf at Augsuta National in November, but strange sights seem to be common-place in 2020 (Curtis Compton/Atlanta Journal-Constitution/TNS)

After a long delay, the 2020 Masters are set for a Nov. 12 start date. This will be the first Masters in the fall, because of the COVID-19 pandemic. Looking forward, the Masters will be put right back on schedule, as it is slated for an April return in 2021. This year, the field of 94 offers a great host of options, including key talents that will aim to rely on their sterling form at Augusta in hopes of earning another green jacket.

Of course, all eyes will be set on Tiger Woods, the defending champion. Though his play in the time of his return has been vastly mediocre, one has to acknowledge the possibility that he is the greatest golfer of all time. He can’t be ruled out. With his experience at Augusta and his remarkable short game, Tiger should be one of the favorites in this tournament. Extraordinary touch is something required for the Bentgrass greens, which can play very quickly. Though Woods has a solid chance at a great defense of his 2019 Masters victory, the clear betting favorite in this tournament is the headline king Bryson DeChambeau, who has been making noise in the lead up to this year’s Masters. He recently went for a practice round at Augusta, which reportedly blew away spectators. DeChambeau apparently wants to level expectations with his distance shortcuts that won him the US Open. His recent practice showed this strategy, as he hit with a sand wedge to hole one, an eight iron to the second hole, and a 3-wood over the 350 yard green. DeChambeau wants to shock everyone here, and these mind-bending shots certainly give him a great chance to do so, if he can nail his strategy early.

There are other great picks in this tournament. Patrick Cantlay comes into this year fresh off a title at the ZOZO Championship with a solid chance of making into the mix at Augusta. He plays a smart game, and some strong, aggressive golf. He held on in the final round at Thousand Oaks with nine birdies to slip past the former number one Justin Thomas and current number two Jon Rahm. Rory McIlroy returns to the Masters looking to add some speed to his swing, taking notes from DeChambeau. McIlroy will be looking to complete a career grand slam and to erase the memory of his 2011 final round nightmare.

Jordan Spieth is another golfer who has a great feel for Augusta. His absurd scoring average for the course is at 70.17 through 24 rounds. He’s one that is against the major movement in golf for distance, admitting that his game needs work in driving accuracy more than anything. Spieth believes that hitting fairways is the key to getting his advantage. In the Masters, Spieth just might make that improvement. He definitely isn’t one to be counted out. Jon Rahm is looking for his first major victory, and I would give him a good chance for a top finish in this year’s Masters. His inexperience could be a huge problem—it could bring a troubling amount of mental pressure. Rahm is looking to get past his late mistakes at the ZOZO championship and return to his summer form.

As for the course, it is certain that Augusta National will be in great shape. There are some different factors this year, most notably the colder weather and the conditions of the fairways. It’s looking like the grass on the fairways will make for a soft, long game that favors distance. This isn’t, however, a clear indicator of who will win. At Augusta National, you need a great all around game—not just a striking exceptionality in one area of your game. The lack of fans and the silence will have a decisive influence on the tournament. Thankfully though, the Masters will go on, even if it is without spectators. The world will be watching eagerly, from home, for the new title winner.