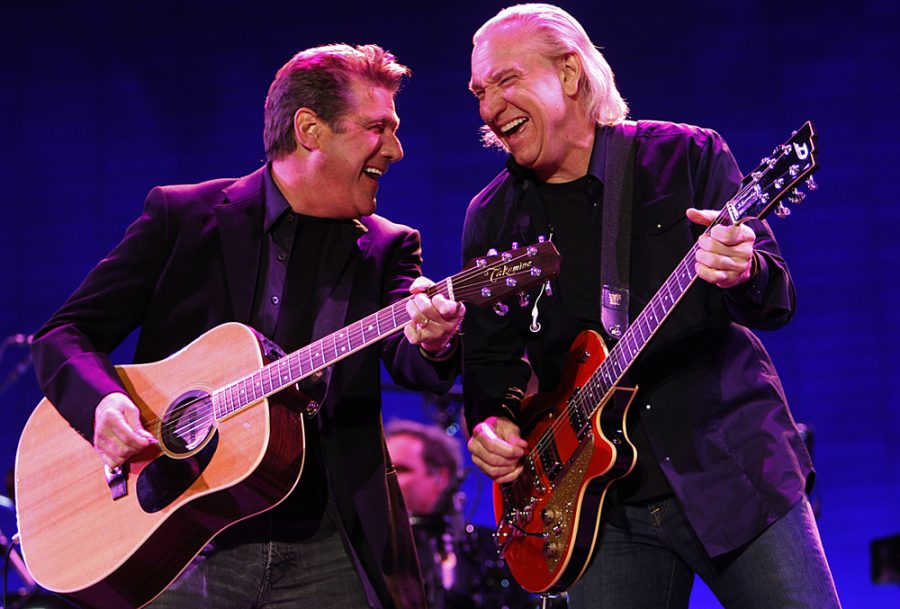 The 1970s — an era where priceless vinyl records are now compiled among the multitude of “classic rock” playlists that scatter Spotify and iTunes; an era that brought about unfathomable guitar riffs and stadium-shaking lyrics; most importantly, an era of freedom and innovation in the music industry that will forever coin these ten years as the golden age of rock n’ roll.

In 1971, a young man named Glenn Frey moved from the harsh chill of Michigan in search of a prosperous musical career on the west coast.

After initially forming a small band called Longbranch Pennywhistle in Los Angeles, Frey received a call from manager John Boylan and his partner Linda Ronstadt, requesting that he and another young Texan, Don Henley, join them on a summer tour.

Among this crowd of talent was Bernie Leadon and Randy Meisner, two musicians who were also looking for a fresh start. Perhaps by some persuasion from Ronstadt, or perhaps by an innate connection among the young stars, these four men soon signed together with Asylum Records in a deal that, unbeknown to them at the time, would spark something truly magical.

First suggested by Frey, the band took on a name that turned them into the icon that is known around the world today — The Eagles.

With the summer tour behind them and eyes set on success, Frey and The Eagles began producing music that would eventually land them in the Rock and Roll Hall of Fame.

Their first major success came along with their release of the record, Eagles, in 1972. Songs such as “Take It Easy” and “Peaceful Easy Feeling,” put the band in the  national spotlight and into the top-40 charts.

Along with co-authoring many of the band’s songs, Frey established a role as a key component of the band’s success — he shredded a six-string with effortless ability, belted lead vocals with Eagles member Henley and even tried his hand at the keys on the piano. The journey continued until the mid-1980s when the group decided to part ways.

Despite the breakup, Frey carried out a successful solo career, releasing songs such as “The Heat Is On” and “Smuggler’s Blues” in 1984, both of which reached the top fifteen on U.S. Billboard’s Hot 100.

As his music career slowly came to a close, Frey guest-starred on TV shows such as Miami Vice and Nash Bridges. In the short span of twenty years, a once young and ambitious musician from Michigan found himself in a whirlwind of fame, stardom and a never-ending limelight.

Around the year 2000, Frey was diagnosed with rheumatoid arthritis, a disease that creates painful joint tension over the span of time.

Despite the difficulty of these medical issues, Frey maintained a positive attitude on life, regrouping with The Eagles in 2007 to release one final album — The Long Road Out of Eden. On Jan. 18, 2016, Frey passed away while recovering from intestinal surgery.

“The bond we forged 45 years ago was never broken, even during the 14 years that The Eagles were dissolved,” said Henley.

“We were two young men who made the pilgrimage to Los Angeles with the same dream — to make our mark in the music industry.”

Though Glenn Frey is gone, his legacy will forever thrive in those old vinyl records that take us back to the golden era of rock n’ roll.