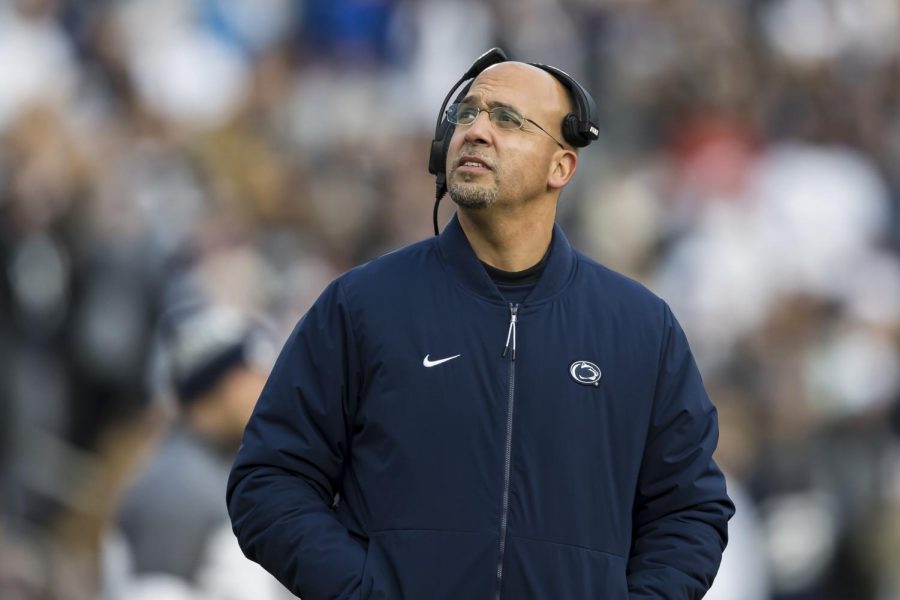 If the 2020 college football season falls apart at the seams, Week 11 will go down as the beginning of the end.

Postponements and cancellations due to COVID-19 outbreaks have been present each week of the season as players test positive and subsequent contact tracing forces others to quarantine, but never has a week of the season seemed so desolate. Fifteen FBS games were either postponed or canceled this week, including the marquee matchup of the week, top-ranked Alabama at LSU.

College GameDay was in Augusta, Georgia, for the Masters Tournament instead of the site of a high-stakes college football game, a situation that was planned ahead of time, yet managed to take away from the usual energy surrounding a Saturday in the fall.

The Big Ten and Pac-12, along with the Mountain West and MAC, originally planned to sit the 2020 season out, but early successes among conferences playing in August, in addition to increased testing capacity at many schools, persuaded the conferences to bring back the college football season. Their mid-October-to-early-November start dates made the prospect of postponed games impossible, so any games unable to be played because of COVID-19 concerns have been canceled in this group of conferences. As virus cases rise across the nation, teams in these conferences are dropping games from their schedules, complicating matters for conference championships and the College Football Playoff. Perhaps more importantly to school administrations, many of these programs are losing valuable revenue after spending more than usual just to make this bizzare season happen.

In the conferences that decided to begin their seasons earlier, the situation is similarly concerning. Postponements allow for the revenue, exposure and competitive outcomes of affected games to carry on, but there is limited time for rescheduled games. As teams have two, three or four postponed games, some may get outright canceled, depending on the flexibility of the team and their opponents schedules.

Overall, it seems those conferences that started early and thus, have more flexibility, have been better off so far. Most, if not all, teams playing under those rules will play more games than those who started their seasons late, which positions them better to obtain prime bowl games or berths to the national championship. Further, the predictions that a later start date would increase fan access to games or decrease COVID-19 cases, have proved invalid.

With all this being said, the season is certainly not dead yet. Week 11 brought with it some narratives actually pertaining to college football, like Penn State’s continued fall from grace, evidenced by their 30-23 loss to previously-winless Nebraska. On the opposite end, West Virginia silenced any doubts about its status as a Big 12 contender after their 24-6 overwhelming of TCU brought them to a 5-3 record. The Nittany Lions were playoff contenders, and won a New Years’ Six bowl last year, while the Mountaineers were 5-7.

Indiana remained on the rise after an easy 24-0 victory over Michigan State, improving the Hoosiers to 4-0 and giving the team a ton of momentum heading into next week’s showdown against No. 3 Ohio State.

Even behind the shadow of unplayed contests, it’s promising that there were significantly more played games than canceled or postponed ones. Better yet, there is hope for new methods to confront the scheduling issues arising from the pandemic.

UCLA and Cal had their respective games against Utah and Arizona canceled due to COVID-19 cases in the opponents’ programs, but on Friday, the schools managed to put together a game between each other on Sunday (which UCLA won 34-10). This sort of ad-hoc scheduling could provide a model for other programs whose games have been canceled and help universities recoup lost revenue. Such measures may end up being confined to the Pac-12, where many schools play in empty stadiums (and thus do not have to worry about selling last-minute tickets) or a one-off occurrence, but the UCLA-Cal game indicates how college football programs will find a way to play safely amid a global pandemic.

If the college football world manages to hold the season together after all, Week 11 may go down as the moment when the momentum shifted.