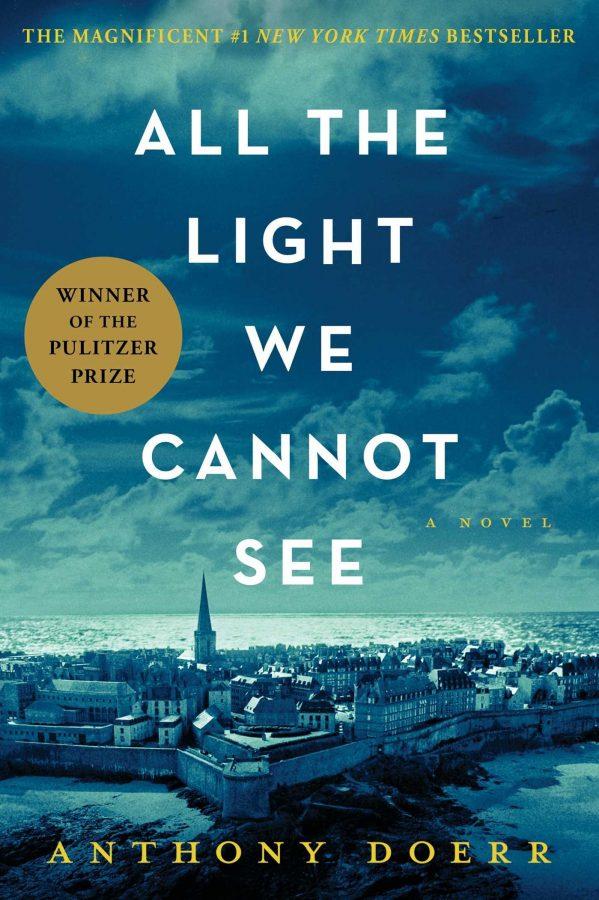 Over winter break, I had the chance to read All the Light We Cannot See by Anthony Doerr — a Pulitzer Prize winning novel set during World War II.

Doerr’s novel is centered on Marie-Laure, a blind Parisian who lives with her widowed father, and Werner, a German orphan who is recruited into the Hitler Youth for his brilliance when it comes to radio. Both are individuals under the age of 18 throughout the majority of the war.

The book flashes back and forth between the main stories of Marie-Laure and Werner until August of 1944, when Marie-Laure’s and Werner’s paths cross.

The story of Marie-Laure focuses on both she and her father. Marie-Laure’s father works at a museum as a locksmith and receives one of five replicas of a highly sought-after, precious stone, called the Sea of Flames.

At the time, he doesn’t know whether he has the genuine stone or a copy. The war causes both Marie-Laure and her father to relocate from their home in Paris. They end up living with her father’s uncle in a port city near Normandy called Saint-Malo.

The story of Werner revolves around the radio. Werner’s knack for radios gets him a position, at the age of 16, in a traveling team of men who track down the sources of anti-German radio broadcasts.

The author spent 10 years writing, revising and editing this book. The hundreds of hours and the diligence of the author is evident in the amount of details he includes. It is obvious he did a lot of research based on the way he makes the streets of Paris and Saint-Malo come alive.

This book truly makes your heart race, ache and skip a beat — it may or may not be healthy to read it in the short period of time that I did. But it was all so worth it.

After reading the novel, I feel like I really got to know Marie-Laure and Werner. The author truly created the setting that made me feel like I was next to Marie-Laure as she counted storm drains on the street in order to know where she was going. I felt like I was next to Werner as he stared quietly at a broken radio, waiting for the solution to the problem to show itself.

Not only did I feel sucked into the story, but I was made constantly aware of the fact that I would never really know what it was like to live during that time in those conditions.

It was entirely humbling to feel so close to the characters and then remember that I was lucky enough to not have to go through the same traumatic events. I admire this work for connecting the reader into the story so that they feel an echo of the pain experienced by its characters, but are also reminded of what they have to be grateful for.

I highly recommend this book to anyone who has the time to read it. It has a great story-line and shows another side to World War II that is so different from other books written about the war.

Doerr doesn’t cut any corners when it comes to the authenticity of his characters and their stories. The reality of the horror of World War II is not covered up with sugar and wrapped in a ribbon to be easily digestible by its readers.

It is the truth told through these characters that makes this book not only worth reading, but necessary to broaden our understanding of and empathy towards the real people sucked into World War II.