Pitsgiving will still happen on Thursday, Nov. 19, but it will be take-out only due to concerns about the Pit’s 160 person capacity limit 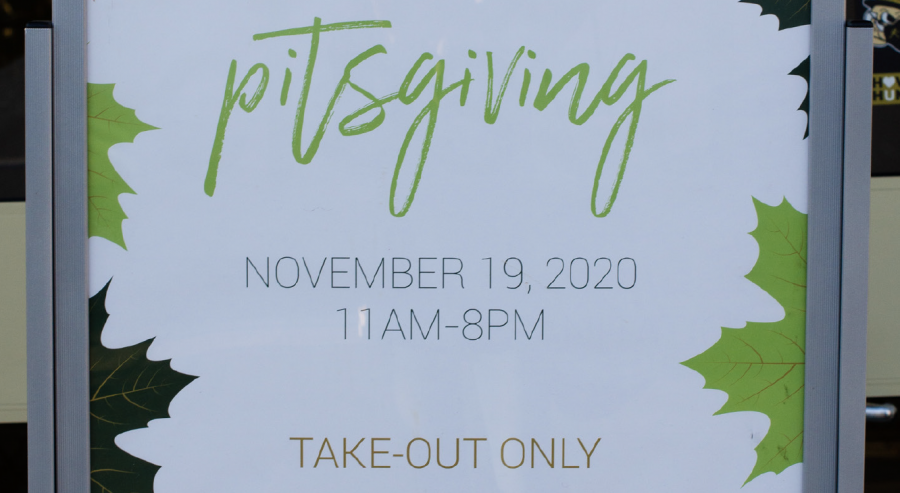 Pitsgiving, an event which normally features pit-sitting in which students stay at the pit all day, will be moved to take-out only, as the Pit can only hold 160 students during COVID-19 (Will Zimmerman/Old Gold & Black)

As COVID-19 continues to force the university to adapt, Wake Forest’s celebrated traditions have been forced to take on new forms or new restrictions.

Last week, the university announced that Pitsgiving would join the likes of Hit the Bricks and Lovefeast and be revised to keep students safe from the virus. The significant change to the event is that ‘Pit-sitting,’ where students stay at the Pit all day and eat Thanksgiving feasts with their friends, would be eliminated this year. At the Pit and North Pit, there will only be takeout.

“Everybody comes in, and nobody leaves. And so with 160 students coming in, no one else would be able to get let in,” said Tim Vandermeersch, the District Manager for Wake Forest at Harvest Table Culinary Group, which services the Pit. The Magnolia Room and Benson University Center 401 will both offer some seating for students to enjoy Pitsgiving food indoors.

According to Vandermeersch, the Pit will serve a normal breakfast spread on Thursday morning. For lunch and dinner, though, expect a Thanksgiving menu all the way through. Classics like turkey sandwiches, baked ham, mashed potatoes, mac and cheese and cornbread will all be featured, alongside desserts like apple cobbler, pumpkin pie and bread pudding. The vegan station will feature Tofurky roasts and vegan mac and cheese, and the pizza station will be making ‘Chicken Pot Pit’ and specialty flatbreads to-order.

Awareness of Pitsgiving may be lower this year. Only a quarter of a sample of students interviewed in the Pit could correctly identify the date of the event. However, most did know that the event would be strictly take-out.

“[Take-out only] is probably the best way to do it,” said sophomore Nate Holdych. “Anything is better than nothing.”

All the students interviewed in the Pit understood the decision to go all take-out in light of COVID-19 considerations and capacity restrictions. Some, though, were disappointed.

“I’m a freshman so I never had a Pitsgiving, so it’s a little disappointing that it’s take-out only,” said freshman Jack Smartt. “[However,] it seems like a smart idea given the environment we’re in right now.”

Ansley Henderson, a sophomore, is disappointed for a different reason.

“Honestly, it was really fun being able to do it in person last year, but I think it’s safer this way,” she said. “Honestly, I’m more disappointed that there’s no shirts, but I think the food will still be good.”

Students can put that thinking to the test when the Pit rolls out its Pitsgiving menu at 11 a.m. on Thursday, Nov. 19, exactly one week before Thanksgiving. The Pit will remain open until 8 p.m. for nine hours of Thanksgiving feasting.