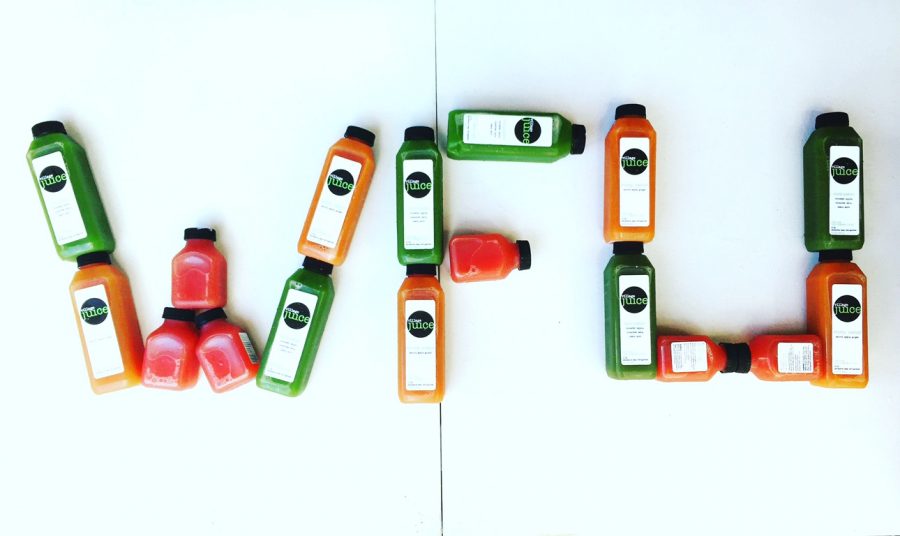 I had my last serving of raw vegetables about three days ago. And those vegetables — spinach, tomato and cucumber — came on a six-inch turkey sub wrapped in Subway paper.

Although I am admittedly not the most health-conscious person, this experience seems to be common among Wake Forest students and Americans in general. According to a report released in 2013 by the Center for Disease Control and Prevention, less than 15 percent of all Americans consume their recommended intake of fruits and vegetables. Because of this, Americans — especially those living in the South — find themselves struggling with higher rates of diabetes, heart disease and obesity.

Personally, the effects of not eating my fruits and vegetables seem pretty evident, for I can feel the fabric of my jeans becoming a little tighter around my thighs with every passing day.

But just around three days ago something else happened, something that gives me some hope to resolve my plight of ever-shrinking jeans and clogging arteries. Three days ago, an apple was picked in Mt. Airy and driven a short distance to Winston-Salem to fulfill its fate: to be crushed and freshly bottled as cold-pressed juice.

Cold-pressed juice gained popularity in the 2000s when celebrities endorsed “juice cleanses” as a way to detoxify the body and reboot the digestive system. Eventually, cold-pressed juice shops opened up in large cities, making the product available to the masses. In fact, the shops in New York City became so popular that they hosted a “juice crawl,” an event where juicers would jump from shop to shop to sample their cold-pressed commodities.

While New Yorkers enjoyed their juice, residents of Winston-Salem did not have a cold-pressed juice joint, that is, until Lonnie Atkinson opened Village Juice Co. in 2015.

Wake Forest students received the opening of Village Juice Co. with excitement and quickly spread the word about the cold-pressed juices and nut milks that the business offers.

Now, the business has grown to serve the Winston-Salem area from three distribution points, including one at Campus Grounds.

But what makes a juice “cold-pressed?” The term “cold-pressed” refers to a technology that avoids heat during the extraction process. Unlike blenders and centrifugal juicers, this process does not damage the cells of the fruit or vegetable. Cold pressing yields up to 40 percent more of its vital nutrients than the faster, less expensive centrifugal juicers. Avoiding heat also means the juicer obtains low-levels of oxidation during the juicing process. The result is a juice that is fresh, loaded with nutrients, vibrant in color, and packed with flavor. Limited oxidation also extends shelf life, meaning that even though Village Juice Co. makes their juice fresh every day, it maintains its nutritional value for days instead of hours.

So while many expensive, green juices can be found in supermarkets, none of these are like the fresh juice at Village Juice Co. That’s because the juices on the shelves have either been pasteurized or subject to high pressure processing (HPP). Pasteurization allows a juice to stay on the shelves for months, but also adds heat that destroys healthy enzymes and nutrients. HPP does not add heat, but rather kills bacteria with high pressure, creating a shelf life of about 30 days. Both of these processes would negate from what makes the juice from Village Juice Co. so popular to Wake Forest students, and that’s why Village Juice Co. takes the fruits, vegetables and nuts they receive and turns them into juice within a few hours.

“We get to know our suppliers very well,” said Lucas-Averett. “And we make sure that they use sustainable and responsible farming practices.”

This ensures that the cold-pressed juice has a lower environmental footprint. Also, Village Juice Co. relies on local relationships and vendors across its business.

“Our roots are very local; in fact, three of the four partners are Wake Forest alums,” said Lucas-Averett.

Village Juice Co. seeks local, responsibly-farmed, sustainable produce and their products require a great deal of it. It takes anywhere from two to four pounds of produce to make each 17 ounce bottle of juice. The sheer quantity of raw fruits and vegetables allow cold-pressed juice to lay claim to many health benefits, even with one juice a day. Some of these benefits kick in immediately. For example, one bottle of juice adds vitamins and electrolytes to rehydrate the body after a workout or a long night out. Also, roots like ginger and other botanicals in the juice help soothe stomachaches. Other benefits — such as better immunity, better digestive health and cardiovascular health — begin to set in with prolonged consumption of cold-pressed juice as a result of a diet rich in raw fruits and vegetables.

Additionally, many Wake Forest students have really taken a liking to the taste of Village Juice.

“Cold-pressed juice has a very crisp and refreshing taste,” said senior Byron McClendon, “and you feel great when you drink something that is good for you.”

In a time where busy schedules keep people from taking care of their bodies, Village Juice and other cold-pressed juices are a convenient way to consume the nutrients that can only be found in raw fruits and vegetables. And because of this, cold-pressed juice has really caught on at Wake Forest.