After going 16-19 in 3 years, Pruitt was fired due to recruiting violations committed by his staff 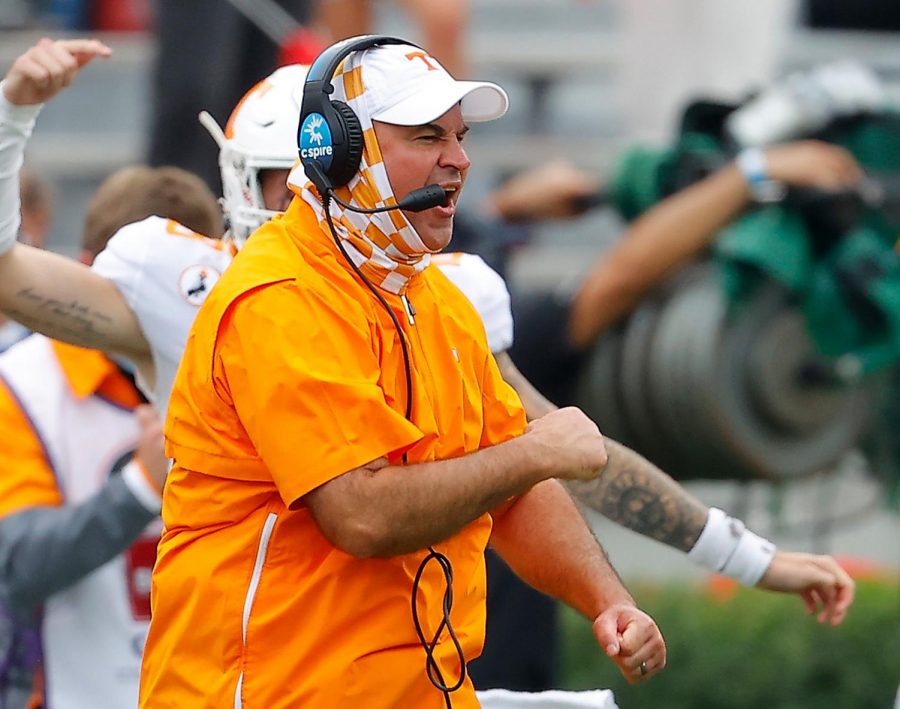 Pruitt was replaced by former UCF coach, Josh Heupel, where he was hired by and worked with new Tennessee Athletic Director, Danny White.

While public support surrounding the compensation of collegiate athletes has grown over the years, the NCAA continues to reap the benefits of its athletes performances. University of Tennessee coaches are guilty of engaging in said exploitation over the past few seasons.

Head football coach Jeremy Pruitt, along with nine other assistant coaches and recruiting personnel, were terminated from their duties due to “level I and/or II NCAA recruitment violations.” The investigation is still ongoing, and the NCAA will not release full details, but it is believed these issues stem from the recruitment of prospects Amarius Mims and current Volunteer Eric Gray.

Nearly two months later, on Jan. 14, Pruitt was interviewed by NCAA officials for seven hours in which evidence was laid out, and Pruitt had the opportunity to admit involvement in such practices. On the morning of Jan. 18, Pruitt and three assistant coaches and six player -personnel staff were handed termination letters effective the next day.

The letter included this excerpt: “Your failure to promote and maintain an atmosphere of compliance and to monitor the activities of the coaches and staff members that report, directly or indirectly, to you has led to the current NCAA investigation and is bringing and will likely continue to bring the university into considerable public disrepute, embarrassment, contempt, scandal, and/or ridicule.”

Embarrassment and ridicule were indeed not far behind. According to Dan Patrick, the violations were so out in the open that recruits received “McDonald’s bags of cash” as if their official visit had turned into a fun drive-thru experience. Tennessee was so sloppy that rival SEC coaches had their own opinions of the situation. Kentucky head coach Mark Stoops said he was “not one bit” surprised that punishment was given.

Former Auburn defensive coordinator Kevin Steele was named interim head coach, six days after being hired as a defensive assistant. Steele reportedly knew about the ongoing investigation but was not aware that he would promptly be promoted to the prime coaching position.

Pruitt released a statement through his attorney Michael Lyons, in which he states that this action is “more about financial convenience and expediency than a fair and complete factual determination by the University.” Pruitt had signed a 5-year contract extension at the beginning of the season and was set to have a $400,000 salary increase starting next season. Since he was fired with cause, the University will not have to pay his $12.8 million buyout.

Despite leading the Vols to a 2019 Gator Bowl victory, Pruitt’s career in Knoxville was known for two dismal seven-loss, last-place seasons in 2018 and 2020.

In the statement, Pruitt and his attorney maintain that no wrongdoing was committed and that the firing was the only way for Tennessee to retain the buyout money they owed Pruitt. The violations and subsequent terminations have led four starters to enter the transfer portal, including the Vols leading tackler Henry To’o To’o and leading rusher Eric Gray.