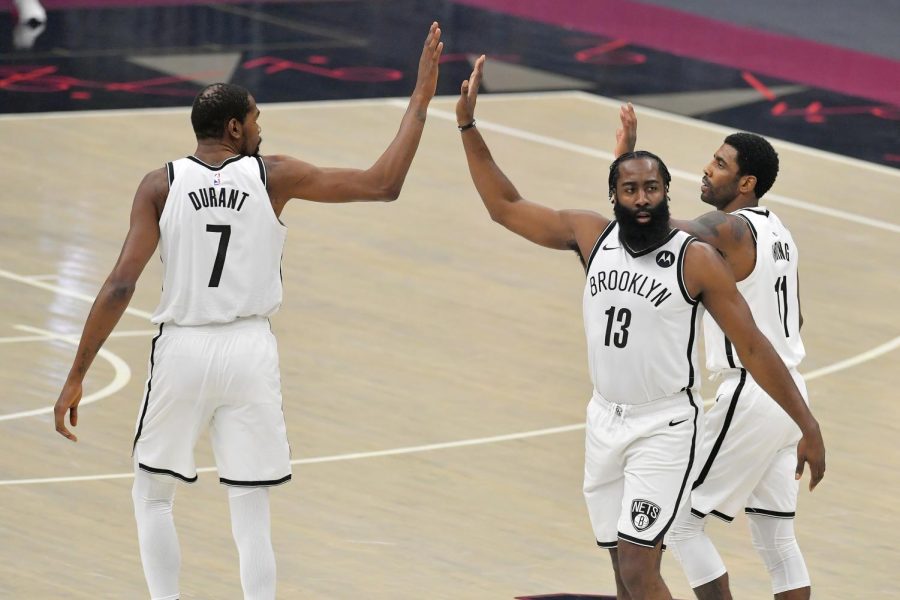 James Harden, recently baptized as a Brooklyn Net, has forced his way out of Houston to join fellow NBA superstars Kyrie Irving and Kevin Durant. Throughout the last three seasons, Harden has led the league in scoring, as he repeatedly put up Jordan-esque numbers. With the Rockets, he was bolstered by surrounding talent nearly capable of toppling the Curry-Durant Warriors dynasty but now joins Durant in Brooklyn. Harden leaving for the Nets proves that coming close to the top wasn’t good enough; he wants to win it all.

Following the trade, Houston’s future is among the bleakest in the league. The Rockets forked over four future first-round picks to the Oklahoma City Thunder in exchange for Russell Westbrook, who was then traded away after only one season. This decision, among others made by management, ultimately caused Harden to leave the team. Harden’s forcing of a trade out is a prime example of a new era in the NBA that puts the players — not the organization — in the driver’s seat. Now, teams are forced to placate their superstars by selling future picks to fill the roster with as much talent as possible. For example, the Milwaukee Bucks recently sent three first-round picks, along with several pick swaps, to the New Orleans Pelicans for Jrue Holiday, an aging point guard. The Rockets failed at making similar moves to keep Harden in Houston.

As a result of the move, the Nets have the potential to be the greatest offense in recent NBA history. Durant appears to have fully recovered from a torn Achilles, a feat that only a few NBA players have accomplished. Irving has been a bystander so far this season and is known to be an unpredictable player. When Irving returns, any contribution will be a bonus. This team looked like contenders even before acquiring Harden, but having him will certainly strengthen their chances at a Finals appearance.

More than anything else, it appears that the Nets’ Achilles Heel will be its chemistry. Due to injury, Irving and Durant have played less than 40 games combined for the team since last year. With Harden, who never seems to be content for long, and what may be too many egos in a room, this team has the potential to erupt. The three stars are each free agents in 2023, and the Nets don’t own any of their first-round picks through 2027. The Nets have clearly made a move to win now, selling away the future in the process. The only thing left to do: win.