McGregor falls to Poirier in return to UFC

The loss is McGregor’s first since 2018 vs Khabib Nurmagomedov 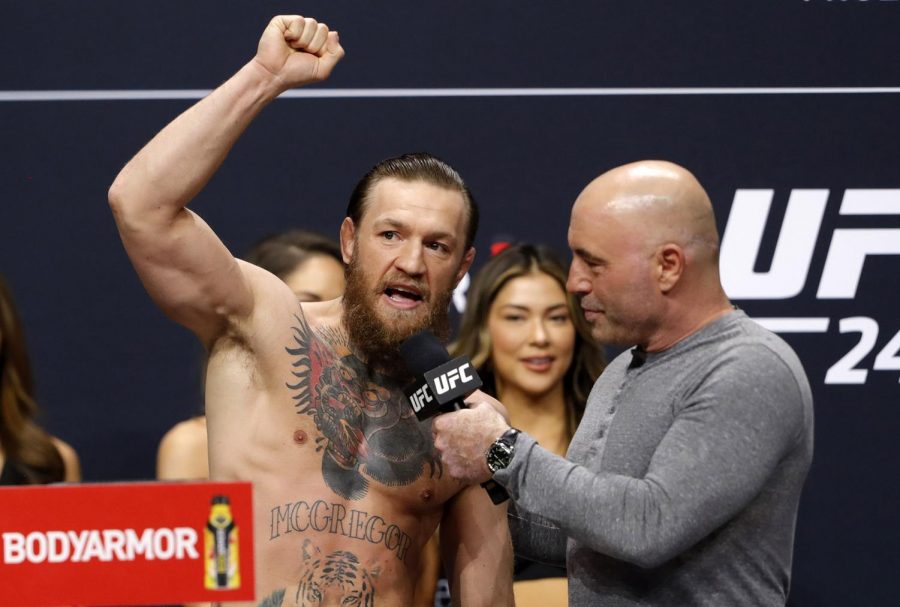 After being out of the ring for a seven-month long retirement, McGregor returned to the Octagon to face Poirier.

The most decorated champion in UFC history, Conor McGregor, is a man of many titles: “notorious,” “champ champ” and to some, “the GOAT.” Now, feel free to scratch “Mystic Mac” off that list after McGregor’s promises of a first-round victory over No. 1 ranked lightweight contender Dustin Porier went up in flames at the conclusion of the UFC 257 main event in Abu Dhabi.

Porier, who has ascended to primary contention on the lightweight stage in recent years, avenged his 2014 knockout defeat to McGregor in a calculated and resourceful fashion. A series of early calf kicks damaged the Irishman’s acclaimed stand-up game and ultimately left McGregor vulnerable to a flurry of fight-ending strikes in the middle of the second round. In an event that was supposed to be all about the return of one of the most enigmatic stars in sports history, Porier walked away from Fight Island as the superior fighter and who is most deserving of a lightweight belt. That belt is on the fringe of becoming vacant, following the shocking retirement of current holder Khabib Nurmagomedov this past October.

Many will attempt to paint the results of the American’s victory as a product of an unmotivated, even rusty opponent, as a means of keeping the discourse around the fight centered on McGregor. This claim could not be further from the truth, however, as Porier’s resounding victory was the product of a year-long rise, culminating on a grand stage against an outmatched opponent. This should be the ultimate takeaway from the bout, as the attention now turns to what’s next for the respective fighters. At 32, the future has never looked brighter for Porier as he sets his sights on becoming an undisputed champion for the first time in his decorated career.

The opposite can be said for McGregor, however, who now has to wrestle with the premise that a division which once hinged on his every word and punch has passed him by entirely. The “Pride of Ireland” has made it clear that he intends to combat a long stint of recent inactivity by maintaining a frequent fight schedule in 2021, but whether these fights are for title contention or publicity-inducing legacy bouts is more in the hands of the UFC president, Dana White than McGregor, at this point.

Mixed martial arts casuals and diehards alike have become accustomed to the Irishman’s innate knack for talking the talk and walking the walk. This unique relationship between McGregor’s press conference savvy and one-punch knockout power has proved to be the main ingredient in his journey to becoming the first simultaneous champion in the history of the UFC. He also was a part of the global pay-per-view record in his 2017 boxing match with undefeated champion Floyd Mayweather.

Following his loss to Porier, however, McGregor maintained a calm and humble demeanor that had become commonplace in the build up to the fight. Is the “Notorious One” simply a shadow of his former self, or is he silently developing a new fighting spirit to stay a step ahead of his much-improved competition at the turn of the decade? Either way, you won’t want to miss what’s next.