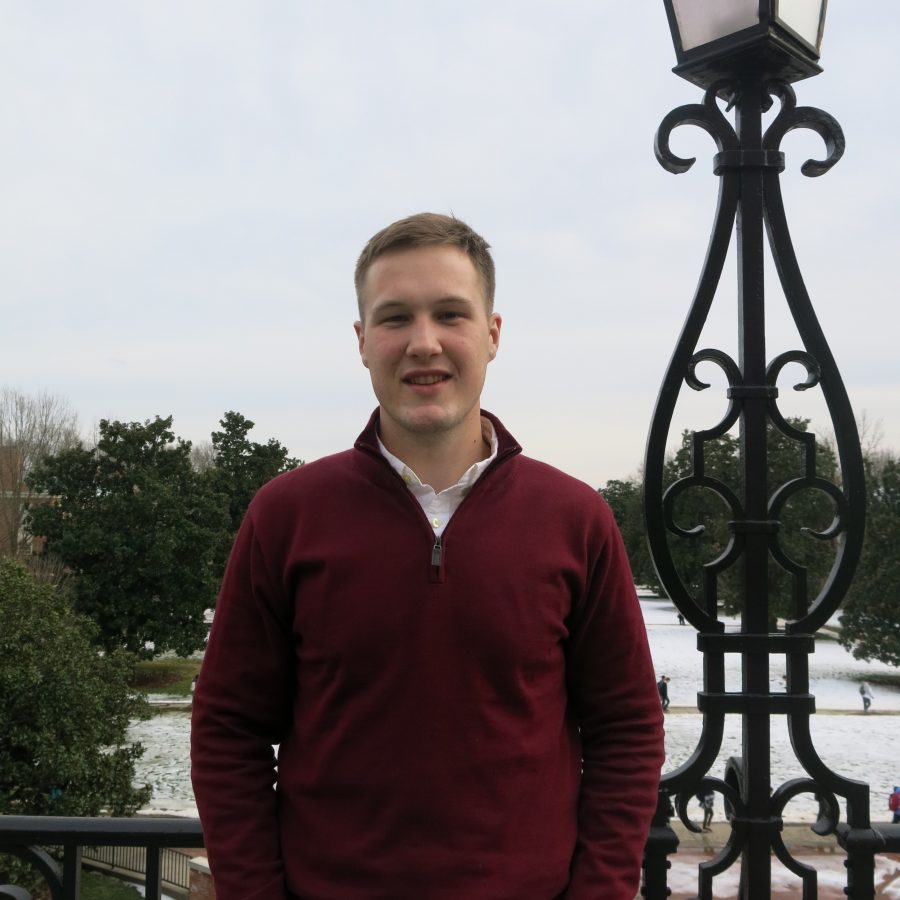 As the second semester of the year begins, seniors at Wake Forest University are starting to finalize their plans for after graduation.

Students have a variety of different plans — some of which include a gap year, starting a career, or attending a graduate school.

For Wake Forest senior Addison McLamb, the end of his undergraduate career means the start of a new academic journey in China.

McLamb is a recipient of the recently-founded Schwarzman Scholarship.

Stephen A. Schwarzman, the C.E.O. and co-founder of a private equity and financial firm, founded the Schwarzman Scholarship to develop global leaders.

The cutting-edge program has a 450 million dollar endowment, and is committed to helping students from around the world gain a greater understanding of the interconnectedness of the global community in the 21st century.

McLamb’s upcoming year will be fully funded by the Schwarzman Scholars program, a significant feat in an era of crippling student debt.

McLamb has studied several languages during his four years at Wake Forest, including Chinese, Russian, Arabic and Spanish.

In addition to academic strength, scholars were selected on the basis of character, leadership and having an intense interest in global awareness.

The Schwarzman Scholars program accepted just 111 students from around the world for its inaugural class of students. With an acceptance rate of just 3.7 percent, the program has proven its prestige even in its first year.

Outside of the classroom, McLamb is an active member of the Wake Forest community, and is heavily involved in the ROTC program — ranking 5th of over 5,000 senior cadets in the country.

“[ROTC] is the best leadership training on a college campus,” McLamb said. “Hands down.”

“Anyone can be a leader when it’s 75 degrees and sunny. Military leadership training often puts you in tough situations, where it really sucks to be in charge. It demands you to take ownership of entire organizations and move them toward improbable goals. It’s taught me a lot about myself — mainly about how many weak areas I have — but it has been an extraordinary source of growth,” McLamb said.

The scholarship application process has many components including an online portion, three letters of recommendation, a short video self-introduction and a three-part essay. The 300 finalists move on to an interview by a panel of global leaders.

The leaders range from executives of businesses and nonprofits, to world-renowned journalists, to former heads of state in the cities of New York, Beijing, London and Bangkok.

“Having people like Walter Isaacson [American Foreign Policy Scholar, biographical author, and CEO of the Aspen Institute] ask me foreign relations questions, as well as talking about defense with David Petraeus [former Director of the Central Intelligence Agency] were sobering,” McLamb said. “But I have to admit, it was pretty fun.”

A Chinese major here at Wake Forest, McLamb has spent his undergraduate career learning the skills necessary to be a successful Schwarzman Scholar.

McLamb said he applied to the program because he felt that it was, “a neat culmination of [his] interest in the China-U.S. relationship.”

Scholars will obtain a Master’s Degree over the course of their scholarship in the fields of economics, business, public policy and international studies. The degree will be earned at Schwarzman College of Tsinghua University, which is located in Beijing, China. While studying in China, students will be deeply immersed in the Chinese culture through excursions and lectures, in addition to the traditional classroom setting. The degrees are intended to better prepare leaders for fields including, but not limited to, law, technology, engineering and business.

“My dad once told me that if you are the smartest person in the room, you’re in the wrong room,” McLamb said. “I have a competitive streak, and know that being surrounded by great people will cause me to push myself much harder.”

When asked which concentration he plans to pursue, McLamb said that he is planning on focusing on economics and business.

“I believe that international business will emerge as the most effective tool for avoiding a great power war in our lifetime,” McLamb said.

Following the completion of his year as a Schwarzman Scholar, McLamb will serve as a second lieutenant in the U.S. Army — a position that he is deferring in order to participate in the scholarship program.

His advice for others is to always push yourself to achieve your goals.

“Don’t stop reaching. When things get tough, you know that you’re in the sweet spot. It’s what you learn after you know it all that counts,” McLamb said.