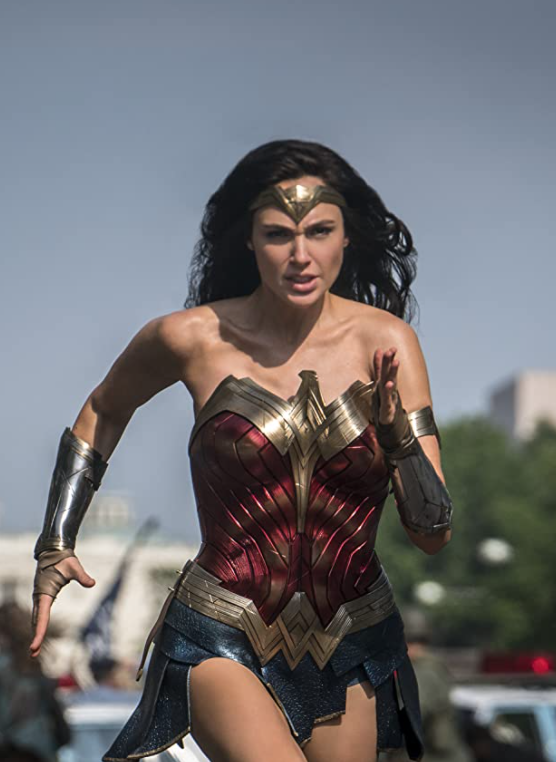 Gal Gadot shines in Wonder Woman 1984 as the fierce Diana.

Director Patty Jenkins and film-superstar Gal Gadot recently teamed back up for Wonder Woman 1984, the sequel to the successful and well-regarded film, Wonder Woman.  Stylized as WW84, it appeared that this sequel would be riding the 80s-nostalgia wave building in the mid-2010s, shown prevalently in shows like Stranger Things.

However, this film leaned away from the bright and fun nostalgia-filled romp shown on screen before and instead used its setting to depict the fearmongering and greed rampant within the 1980s political sphere.  Our main villain in the movie, Max Lord, embodies the infamous mantra of the 80s: “greed is good.”  Played by Pedro Pascal, Lord comes across an artifact that
allows him to grant the wishes of anyone he comes into contact with.  The film also happens to include Kristin Wiig wishing to transform into a human-cheetah hybrid. The Cheetah is a comic book staple, but the way that it was delivered on-screen left more to be desired.

In a world where blockbuster comic book movies tend to take a light-hearted approach, this movie gets bogged down in an attempted interrogation of the Cold War-era Reagan administration and how Wall Street was run.

Focusing in on the performances, I believe that all of the main actors and actresses did a more than serviceable job; Gadot, Pascal, Wiig, and Chris Pine all bring it to this movie.  The one qualifier here is that Pascal knows the movie he is in, and has cranked the dial up to 11.  However, instead of critiquing this aspect, I found it to be one of the more entertaining parts of the movie.  I think that Pascal really turned it up an extra notch in a way that I’m sure not a lot of other actors would be willing to.

Gadot gave another great performance as Diana in the film. But, unlike the first movie, I didn’t feel like we got enough of her having fun as Wonder Woman and being this symbol of hope.  She wishes for Steve Trevor, played by Pine, to come back to life, and in a way he does. Her inner conflict in the movie comes from this wrinkle.

The film’s portrayal of Diana and her position of power contrasts what the audience sees in the first film of the series.The plot was set up to put Diana in a weakened position to set up her opposition, an average man in Max Lord gaining superhuman power. This lowered position should have carried into the film’s overall tone. There was a mall action scene that had a brilliant, intense directing style. These scenes are what the film should have led with.

An important point in the first movie that was integral to Diana was that the Amazons didn’t need men within their world. As such, it’s a little frustrating to see the plot of this movie revolve mostly around Diana not wanting to move past Steve Trevor’s death.  It’s a human struggle that I thought was a wise idea to pursue but the lack of execution, especially after what the first movie sets up, led to me being mildly disappointed.

While Wonder Woman 1984 once promised to be an exciting sequel to one of the DCEU’s few successes, it seems that this blockbuster film has fallen miles short of its target. Unfortunately, this has been another disappointment for the DC Comics fanbase, who have waited in vain for a movie franchise that could equal the illustrious Marvel Cinematic Universe.