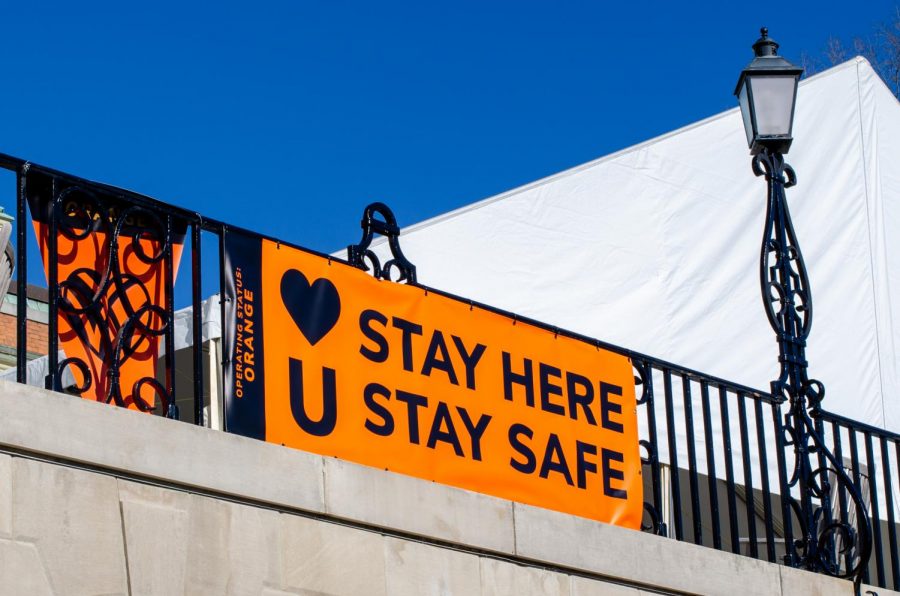 New restrictions could take effect Friday, including those on dining and study spaces as the university attempts to flatten the COVID-19 curve.

After almost two weeks on campus, Wake Forest has recorded just under 100 COVID-19 cases among students and faculty, worrying administration.

The university plans to enact more restrictions after discussing on Wednesday, but deciding against, a move to Red status.

That step would have included a “significant reduction in contact between individuals and groups,” per Our Way Forward. Red is the final step before Purple status, in which the university would suspend campus operations and send students home.

The university is “very concerned” about social activity on campus, including large gatherings at Campus Gas and within student organizations, including fraternities, according to Vice President for Campus Life Penny Rue.

“We are seeing transmission within student organizations at a pretty high level,” Rue said. “[The issue] appears to be social contact.”

Though some university officials were optimistic about a potential move to Yellow status last week, a record spike over the weekend upended that thinking. Now, officials believe that with the amount of students breaking public health guidelines, more stringent measures are in order.

According to Vice President for University Advancement Mark Petersen, measures like moving solely to grab-and-go dining, limiting hours and capacities for spaces like the library and gym and even taking measures to strengthen how the university supports the statewide 10 p.m. curfew are possible. Such measures are expected to take effect on Friday.

The next week will prove decisive in what the university does going forward, as cases are likely to continue trending upward. On Wednesday, officials were expecting around an additional 50 cases reported for the day. That would bring the total number on campus to around  150.

“What emerging data from both diagnostic testing and from our weekly asymptomatic testing is showing is that we are having a significant spike in the spread of the virus in our student population,” said Assistant Vice President for Health and Wellbeing James Raper. “It’s still early, but I’m guessing we are still on an upward trend of positive reported cases.”

As case numbers continue to skyrocket, so do other numbers associated with the rising number of COVID-19 cases. The rate of positive cases in asymptomatic testing rose from 0.9% Wednesday to 5% the next day. For targeted testing — tests administered to student organizations and dorms considered hotspots — that number is 12%.

According to Petersen, university officials are particularly concerned about large social gatherings, especially those associated with the rush process, and with large numbers of students eating together. This comes at an unfortuitous time of the semester, as well.

“Super Bowl Sunday couldn’t come at a worse time,” said Petersen. “I would be fairly surprised if there weren’t a lot of people who were thinking that this was a great opportunity for their unofficial rush activities to be anchored around something fun like the Super Bowl. That would be a very bad idea and would certainly [increase the likelihood of Wake Forest] going toward Red [status] next week.”

Despite the worrying trends, many officials are optimistic that students will be receptive to the new and current restrictions.

“We are all hoping that we can remind our students that they did a truly remarkable job in the fall keeping us all on-campus and operating, and that we can get back to that place with a doubling-down on wearing a mask, waiting six feet [apart on lines] and washing hands regularly,” said Raper. “Doing that will get us to the peak of the curve much more quickly.”

As of Tuesday night, the university has 98 active COVID-19 cases.