Hank Aaron was one of the most influential catalysts for equality in sports, showcasing the talent that was hidden in leagues outside of the MLB 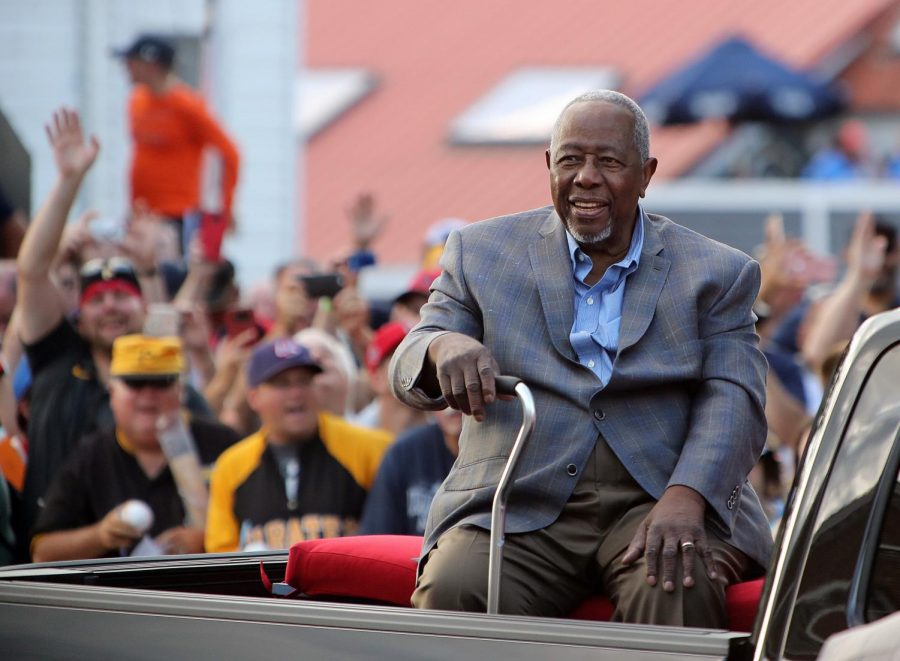 Feb. 1 marked the beginning of Black History Month in the United States, allowing us to appreciate the contributions of Black Americans to all facets of American life, including professional sports. On Jan. 22, we lost one of the most influential pioneers in sports, Henry Louis “Hank” Aaron, at age 86. Largely regarded as one of the greatest baseball players of all time, Aarons’s influence on the game transcended his on-field performances. Aaron’s tireless ethic critically propelled Black athletes’ standing during his time.

Aaron most famously broke Babe Ruth’s home run record in 1973 while playing for the Milwaukee Braves (now Brewers) and eventually finished his career with 755 home runs. In doing so, “Hammerin’ Hank” received lots of hate mail and faced considerable backlash stemming from racist fans who did not want to see a Black man take Ruth’s title.

“If I were white, all of America would be proud of me,” Aaron said almost a year before he broke the record. “But I am Black.” Aaron currently sits in second place behind Barry Bonds for most home runs of all time.

Aaron also recorded 3,771 career hits, which puts him third in the record books behind Pete Rose and Ty Cobb. Adept at playing both infield and outfield positions, Aaron showed off his wide range of skills on a nightly basis. His ability to round the bases quickly also helped his team. Aaron’s career lasted a total of 23 years, but his impact on the game will endure for lifetimes.

Growing up in Alabama, Aaron was exposed to racism early on in life. Last month, former President George W. Bush remarked, “The former Home Run King wasn’t handed his throne. He grew up poor and faced racism as he worked to become one of the greatest baseball players of all time. Hank never let the hatred he faced consume him.”

Aaron played in the Negro American League — a league established back when baseball was still segregated — for three months before eventually moving on to Major League Baseball. To this day, Aaron holds the records for runs batted in, total bases and extra-base hits in the MLB.

MLB commissioner Rob Manfred said in a statement, “Hank Aaron is near the top of everyone’s list of all-time great players. His monumental achievements as a player were surpassed only by his dignity and integrity as a person.” Manfred continued, “Hank symbolized the very best of our game, and his all-around excellence provided Americans and fans across the world with an example to which to aspire.”

Aaron was undoubtedly a game-changer off the field. President Joe Biden said, “With courage and dignity, he eclipsed the most hallowed record in sports while absorbing vengeance that would have broken most people.”

Aaron was inducted into the Baseball Hall of Fame in 1982, his first year of eligibility. In 1999 the MLB created the Hank Aaron Award in honor of the 25th anniversary of Aaron’s eclipse of Ruth’s home run record. Each year, the award is given to the MLB players selected as the top hitter from the American and National Leagues, and is voted on by members of the media and baseball fans. In 2001, President Bush awarded Aaron the Presidential Medal of Freedom.

During the month of February, it is essential to remember and appreciate those who came before us and worked to make our country a better place. In the sports world, Black athletes such as Muhammad Ali, Jackie Robinson, Wilma Rudolph, Jesse Owens and, of course, Hank Aaron changed the world by gaining well-deserved respect for athletes of color. Their efforts were not easy. Surely, each faced discrimination and doubters along the way, but their ability to overcome negativity has made this country more inclusive, and paved the way for Black athletes of the future.