Koepka put together a massive comeback and a show-stopping round, including an impressive chip-in on the 17th hole, to secure the victory 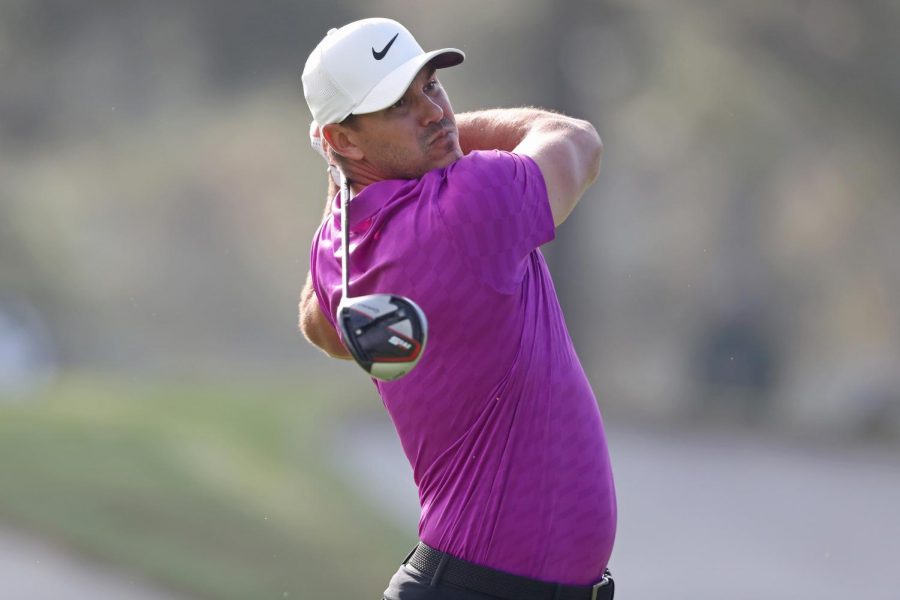 The Waste Management Phoenix Open was an all-out battle to the very end, full of chances for comeback stories and drought-ending victories. Yet it was Brooks Koepka who came out on top, completing a masterful revival of his career with a miraculous chip shot on the 17th hole.

A whopping nine players were in contention for the win through the 14th hole, and big names who have struggled in the final stretch for years were pulling out magic tricks even into Sunday’s final moments.

However, nobody’s play was more captivating and eyebrow-raising than that of the resurgent Jordan Spieth. After a third-round 61 on Saturday that shocked fans everywhere, Spieth’s abysmal performance off the tee led to two water shots and a fourth-place finish overall. Though Spieth failed to hold on at the very end, his solid performance has many analysts and casual fans predicting a return to tour contention.

Yet there was only one man left standing at TPC Scottsdale who didn’t hold anything back, playing one of his cleanest rounds in years. Brooks Koepka shot a closing 65 and took home his eighth PGA tournament win and first since the 2019 FedEx St. Jude Invitational. This is Koepka’s second win at TPC Scottsdale, the former being his first PGA Tour event win of the Phoenix Open.

For Koepka, a man who has journeyed back from a crushing set of knee and hip injuries, this tournament win seems to be a strong indicator of a return to championship form.

Koepka’s health will be the most significant factor in the near future. He now faces a vastly different field of competition with world No. 1 Dustin Johnson on an incredibly hot streak. Though Koepka completed a highly entertaining comeback this past Sunday, there are still some leading players in this year’s Phoenix Open who remain in their own respective title-droughts.

World number four Xander Schauffele captured yet another runner-up finish, the eighth since his last event win, and was understandably frustrated with his performance on Sunday. Schauffele’s inability to hold the lead and close out the victory has been a recurring pattern.

After the tournament, Schauffele praised Koepka.

“Brooks is a great example for me,” he said. “He hasn’t been in great form, missed a few cuts, and comes out and wins. So there is something to that, something to his recipe, and he’s definitely figured it out.”

While Schauffele and Spieth both faded late, hitting two water balls apiece that ended their winning bids, other contenders stuck it out and remained in the thick of the competition through the middle of Sunday. James Hahn fell apart late when two shots hooked into the water after a stellar opening to his final round.

Hahn, who crumbled while paired with the U.S. Ryder Cup Captain Steve Stricker, grabbed another top ten finish to add to his card. Hahn is still on the hunt for a FedEx Cup appearance amidst a months-long comeback from an elbow injury.

And just when you thought there couldn’t be any more comeback stories, 53-year-old veteran Steve Stricker returned in the Phoenix Open and showed that he has plenty of gas left in the tank. Stricker tied Spieth for an unexpected fourth-place finish, his first top-ten finish since 2017. But pump the brakes on Stricker playing in the Ryder Cup later this year. The twelve-time tour winner has just been mixing in some appearances to scout for potential Ryder Cup team members to fulfill his duties as captain of the U.S. squad.

Ultimately, The Waste Management Open reached the exciting standard of big-ticket PGA Events in front of a limited attendance of 5,000 fans, the PGA Tour’s largest crowd since the onset of the pandemic. The audience made a noticeable impact on the tournament’s energy and entertainment value as sporting events continue to transition towards larger crowd attendance. Players will now regain the feeling of momentum and increased pressure as golf’s vast American audience returns to watch the game’s most talented players in person. Sunday’s riveting final round proved that golf is still one of the most popular and valuable American sports, even in the most challenging circumstances.