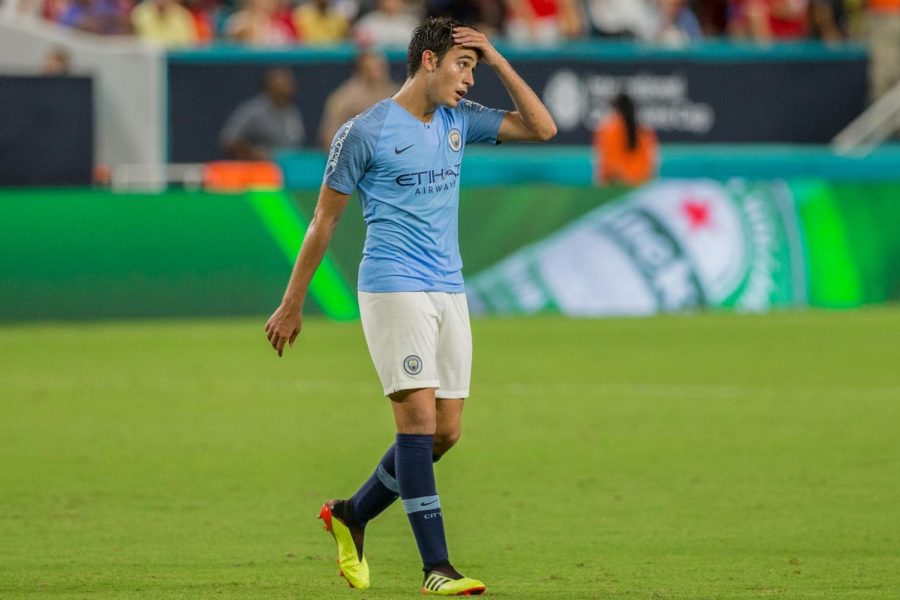 A quick glance at Manchester City’s injury report indicates the club should have serious problems given the absence of their all-time top goalscorer in Sergio Aguero and the reigning Player of the Year, Kevin De Bruyne. Yet even with stars injured, City has rocketed to the top of the Premier League standings. The team has continued with their historic winning run through Feb. 7, when they handed defending champions Liverpool a 4-1 beat-down.

In July, Liverpool supporters were in raptures as they celebrated the club’s first title in 30 years, though fans were barred from the stadium at the time. Seven months on, Liverpool’s title defense is all but dead. The club is reeling from losing three consecutive home matches, the first time they have done so since the 1960s, and is dealing with an injury-ravaged defense alongside an uncharacteristically toothless attack. Reality seems to have sunk in with goalkeeper Allison Becker, who picked the ball out of the net on multiple occasions in what was easily his worst night in a Liverpool shirt.

Manchester City now sits five points ahead of the competition at the top of the table, despite having played one less match than crosstown rivals Manchester United, who sit in second place. Manchester City has not lost since November, and has a record-equalling 14 straight wins in all competitions. The team seems poised to win their third title of Guardiola’s tenure.

Guardiola’s managerial excellence has been on full display this season, as the wins continue to rack-up despite injuries to offensive stars. Since arriving from Atletico Madrid in 2011, Sergio Aguero has scored 256 goals for Manchester City. Yet Aguero’s dominance has waned as his time away with an injury has grown. Additionally, Gabriel Jesus’ struggles with injuries and form have meant that Manchester City has played without a conventional striker for much of their winning run.

As a result, Guardiola has implemented a fluid, formation-bending, creative setup that has proved near untouchable during City’s lengthy winning streak, even as Kevin De Bruyne remains sidelined. The brilliance of City’s attacking structure was on full display against Liverpool, as seen through the interplay between 20-year-old Phil Foden and Raheem Sterling. In the match against Liverpool, Sterling scored a brilliant goal with his left foot after slicing through the opposing defense from the right side.

Midfielder Ilkay Gundogan has also flourished within this new attacking system. Gundogan has scored nine league goals since the start of December, often floating between the lines of the opposition and linking up with fellow creative midfielder Bernardo Silva.

Manchester City’s free-flowing offense is enabled by their new defense, rooted in a formidable, yet somewhat unexpected central pairing. Despite being just 23 years old, Portuguese defender Ruben Dias has brought a new air of stability and leadership to the Manchester City defense. Alongside Dias, the oft-criticized John Stones, once the most valuable English defender, has returned from the wilderness and shone. This duo forms an essential part of a defensive unit that has conceded just one league goal this year.

On the right, Joao Cancelo has thrived in a fluid positional setup that takes advantage of his pace, creativity and defensive acumen. The team’s left side has been held together by a series of piecemeal solutions that demonstrate the need for a new signing at left-back.

Even more impactful than the defense was Manchester City’s high press, which stifled Liverpool and forced Allison into a series of uncharacteristic mistakes. Guardiola’s team put on a pressing clinic by continually winning balls in the midfield and forcing multiple turnovers from Jordan Henderson and Fabinho, the two Liverpool midfielders deployed at center-back.

Manchester City’s first goal followed a botched clearance by Trent Alexander-Arnold. Allison’s nightmare continued with two turnovers in 30 seconds, which gave Gundogan his second goal of the game. Just minutes later, the press was on show again as another misplaced pass from Allison gave the ball back to Silva, who set up Sterling for the easiest finish of his career.

Tottenham Hotspur, and Guardiola’s eternal rival, Mourinho, are Manchester City’s next foes. After falling, 2-0 in the last meeting, Guardiola will hope to exact revenge and extend his team’s lead at the top.