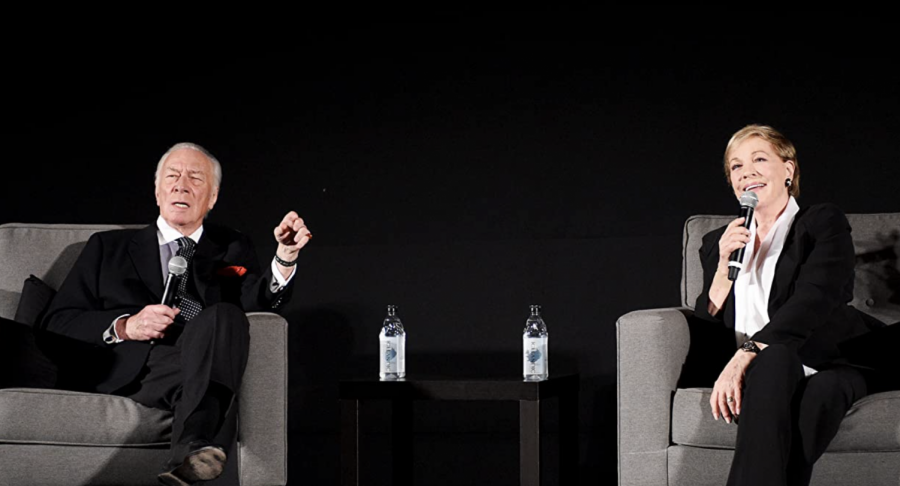 On Feb. 5, actor Christopher Plummer died in his Connecticut home at the age of 91. He was revered in the entertainment world and spent the entirety of his life creating visual art on the screen. Along with his decades-long career comes a variety of memorable performances that the late actor provided to audiences.

Plummer’s ability to bring a character that he disliked to life so magically on the screen is a true testament to his talent. In my eyes, Captain von Trapp isn’t boring at all; he’s a layered, complex man who puts up an icy veneer to cope with losing his spouse, but still keeps his kind-hearted and joyful spirit intact. As Maria, the estate’s governess, brings light back into the house, Plummer’s soft smiles and tender glances towards her help convey the captain’s willingness to lower his guard. When he finally lets his walls down completely, it’s nothing short of enchanting.

My favorite scene in The Sound of Music is one of those enchanting moments. Midway through the film, Captain von Trapp’s children are singing for then-fiancée, Elsa. The Captain, however, has banned all music in the house since it reminded him of his late wife. His face is unreadable when he first notices his children singing, but as he continues to listen, he begins to hum and then joins them in song. When they finish the verse, Plummer stands straight-faced for a moment before a tiny smile plays on his lips and he steps tentatively towards his children. When they rush at him for a hug, he melts into joy. Plummer portrays every emotion the Captain experiences — frustration, uncertainty, confidence, happiness, relief — with incredible subtlety and effectiveness.

Another one of my favorite Plummer performances is in Knives Out. While the film centers around the mysterious death of his character, Harlan Thombey, Plummer is hardly in it, save for the scene that reveals how Harlan died (warning: spoilers ahead). After Harlan’s nurse accidentally injects him with a lethal dose of morphine, he guides her through a plan to cover her tracks kindly and calmly, talking her down from a panic attack in the process. In this scene, Plummer calls on the same skills that made his performance in The Sound of Music so extraordinary. He has complete command over his character’s sense of purpose and acceptance of the inevitable with every vocal intonation and movement, all the while conveying Harlan’s warmth.

While Plummer captivated many audiences with his films since 1958, he won his first Oscar in 2010 at the age of 80. He was awarded Best Supporting Actor for his work in Beginners, in which he plays an elderly widower, Hal Fields, who comes out as gay after his wife’s death. In Beginners, Plummer is funny and almost childlike — he dances in nightclubs, laughs on the phone with his son, and falls for a handsome younger man named Andy. Plummer loved playing the role of Hal, saying it handled an important subject with “such humanity and sweetness and fun.”

Hal was the perfect role for Plummer, as in this movie, his great sense of humor is on full display. Although sometimes overlooked, Plummer’s ability to portray humor was second to none. One scene in particular from The Sound of Music encapsulates this very notion. The scene where Maria and the Captain finally confess their love to each other, which I consider the most romantic film scene in history, had to be shot in silhouette because Plummer and Julie Andrews couldn’t stop laughing. Plummer joked on Conan that the secret to a long life is “hard-drinking,” and said he once drunkenly guided a police horse into a New York bar and gave it whiskey. He was able to sell solemn remarkably well on-screen for someone so laid-back and humorous.

On the day of Plummer’s passing, Julie Andrews said, “The world has lost a consummate actor today and I have lost a cherished friend. I treasure the memories of our work together and all the humor and fun we shared through the years.”

The world is mourning with her; we have all lost a monumental actor. I will always treasure the joy that Plummer’s films have brought to my life, and I know that his talent and humor will live on in eternity through his work.