The concept of salad encompasses almost all forms of food 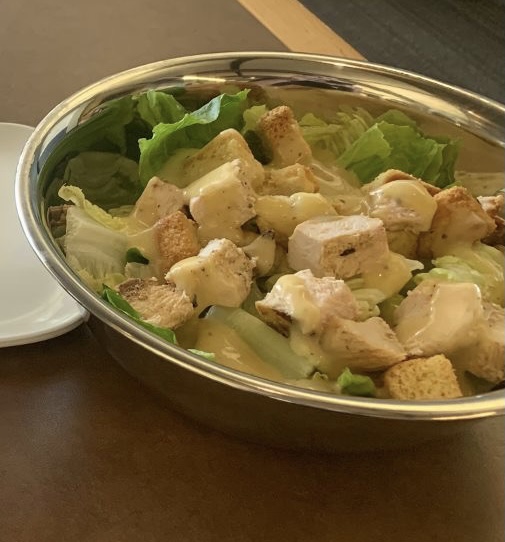 Recently, I was present during an argument between friends over the classic “is a hotdog a sandwich” debate. While I was not actively arguing for a side, I was thoughtfully absorbing both of their points. One said, “Of course a hotdog is a sandwich — it has two slices of bread and a substance in the middle,” to which the other said, “Sandwiches aren’t connected in the middle and they’re made with two separate slices of bread.”

The pro-hotdog-is-a-sandwich side then countered by stating the existence of the hoagie, submarine sandwich, grinder, or whatever you wish to call it. The argument was that it is connected down the middle and split like a hotdog bun. To this point, his opponent replied that this difference made it more of a taco than anything else. Ultimately, the argument ended in a stalemate — which is to say that both parties moved on to talking about something else.

However, I couldn’t help but linger on why I was so wrapped up in their argument until I realized they were both wrong. If we’re going to get into semantics here, the truth is that all food is actually a salad.

I recognize that this perspective might seem a bit extreme. Everything is salad? Yes, a sandwich could possibly fit into that category — but all food? To lessen this imaginative jump, it helps to define the true essence of salad. Merriam-Webster defines salad as “a usually incongruous mixture.” This is similar to what we think of as a sandwich: a mixture of ingredients, lettuce, ham, cheese and bread coming together into a single food item. But we need to take a closer look at the definition of incongruous before I can definitively prove that a sandwich — as well as most everything else — is a salad.

“Incongruity” in the definition of salad is used to describe the inconsistency found within. I would argue that this inconsistency has different levels to it. It’s rare for something to be truly congruous, through and through. If this level of congruity is achieved, it follows that any element of the food that is out of place can then be placed at some level of incongruity. This pairs nicely with the “usually” aspect in the original definition of a salad, as this gives us some leeway in our use of the word. So a sandwich, which maintains some order to it, is still not perfectly orderly and has elements within the jurisdiction of incongruity. It is a mixture of ingredients and is therefore a salad.

The conclusion of this argument is where the bigger picture comes into play. The second law of thermodynamics, and the idea of entropy, in particular, must be addressed. Through this law, a seemingly infinite definition of salad can be outlined. Entropy is a measure of chaos, and what is more chaotic than a salad? We know that the universe naturally moves from a state of order (congruity) to a state of disorder (incongruity), thereby proving that salad is the natural state of most of the universe. It is then reasonable to use this consistent, universal law as a starting point and to define everything as simply being in a position of salad. This applies to most foods, which are a combination of two or more ingredients. As long as they aren’t perfectly distributed in a meaningful way, they are to be considered a salad. I hope that this was convincing enough to finally put to rest the “is a hotdog a sandwich” debate because in actuality, like all food, both sandwiches and hotdogs are salads.