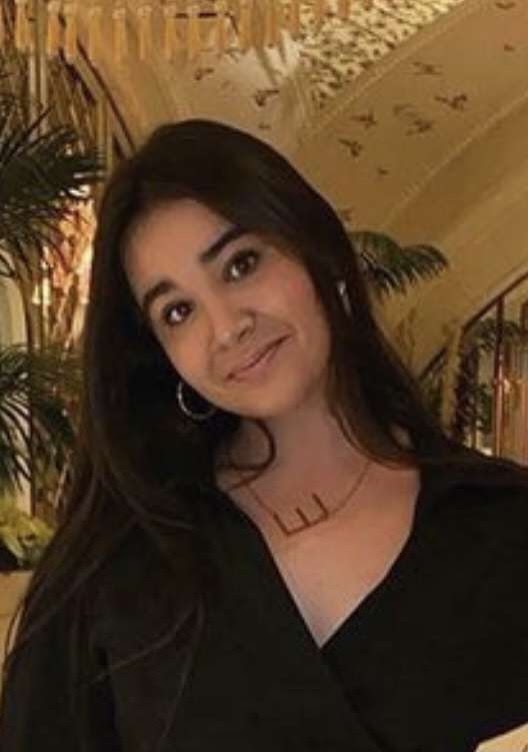 Elefteria Euripides is a freshman from Charlotte, N.C. who plans to major in communications and minor in entrepreneurship. On Feb. 16, Euripides was a part of a nationally-broadcast forum with Mark Cuban, owner of the Dallas Mavericks and “Shark Tank” investor, alongside two other students. This discussion was hosted by the National Society of Leadership and Success (NSLS), which has a Wake Forest campus chapter. Euripides sat down with the Old Gold & Black to discuss how she came across this opportunity, her past business ventures and her future plans at Wake Forest.

How did you become involved with the NSLS?

I actually just joined a week before the interview. I thought it was a pyramid scheme. I didn’t know what it was, but now I know I definitely want to get involved with the Wake Forest chapter. This is something I want to do because I definitely want to set myself up for success in the future and be a leader. I’ve always been interested in starting my own company. I’ve always been interested in entrepreneurship, and I’ve had this mindset that I want to be my own boss one day. I don’t want to have a nine-to-five office job. So that’s why I got involved. And then I saw that Mark Cuban was doing [this talk] and I thought it was a great opportunity because he obviously has tons of expertise and knowledge about the industry. Where else could I get better advice?

If you joined a week prior, how did you get selected to speak with Mark Cuban?

So this is the funny thing. I basically got an email saying “you got selected to be in the NSLS” and they sent me an email right after saying that their first talk of the spring would be with Mark Cuban. So I looked into it, and again as I said, I thought it was a scam at first, because “wow, Mark Cuban!” I talked to my mom and I said “Mom, this is such fake stuff” and she said to just try, so I was like “alright I’ll try to talk to Mark Cuban.” I had to submit a video of me asking a question. Basically, the question was “Mr. Cuban, what advice do you have for small businesses to survive in this unpredictable pandemic?” I sent it in and they said I was selected to talk to him. I got lucky.

Were there other questions that you wanted to ask him?

There were, but I got to talk to him before and after the show. It was really cool because I was talking to him and asked, ‘What do you find to be one of the most important traits to have if you want to start your own company?’ He said, “You have to be agile, and you have to be creative. The main advice I can give to you is be nice because all the people that you are nice to now can be connections [down the road]. If you have a bad reputation no one is going to want to work with you. And just be optimistic about what you are doing.” I learned a lot from him. Overall, it was a great experience. It’s also funny because when I was little I actually applied to be on Shark Tank.

What was your idea?

This is crazy. Oh my God, I can’t even think about it, this is so lame. I’m Greek — oh, and [I’m also introducing a] swimsuit line incorporating a lot of my culture into it. So, it’s based on my Greek-Mediterranian background because my culture is a big part of my life. But basically, it was a Greek — do you know what an acai bowl bar is? — something like that for baklava, like an ice cream baklava bar. I had the idea but I only had a prototype [at the time].

Was it for some kind of automated machine?

It wasn’t necessarily a machine, just really the idea. I had a manufacturer in line but I can’t remember much. I was either 10 or 12 when I did this. I didn’t know where I was going with it, but now I’ve matured and know what I’m doing.

Were your parents on board with all of this?

My parents raised me saying “you can run the world if you want to” and “you don’t want to say 10 years later ‘ah man I could have done that’.” So I thought especially during a pandemic, why not start now, it’s the perfect time. Even Mark Cuban was saying that. He was like “this pandemic has opened up so many doors because people like you, college students, are thinking of solutions to fix problems.” This is going to be a period of change because a lot of people are putting their heads together. Especially with this pandemic exposing so many issues. So many new companies are probably going to be coming out soon and I guess I just want to be one of them.

It sounds like your family is a big inspiration for you, are there any other entrepreneurs in the family?

My grandpa started his own restaurant, so that’s the start of it. He came to this country from Greece, and he decided to start from scratch. So that instilled the mindset into me that I want to start something that will help others. I’ll actually tell you the idea for my business. I’m thinking of starting my own female swimsuit fashion line, and I want to get a good message out there. I’m trying to promote body positivity and confidence in young women. I didn’t want to just start something. I also want to put a message out in the world and inspire change.

Is that what you want to do right after graduation?

You know I’ve thought about this a lot, but I’m going to be very honest, I could see myself going somewhere like New York or even going back to Charlotte and doing something in finance or business a little bit just to raise funds, so I don’t go in there empty-handed. Because you definitely need funds to start a company. I’m thinking if I work for a little bit and then set this for maybe five years after graduation, that would be awesome. I don’t know where it’s going to be in my near future but I know I definitely want to make this happen.

Editorial Note: This interview has been edited for clarity and brevity.