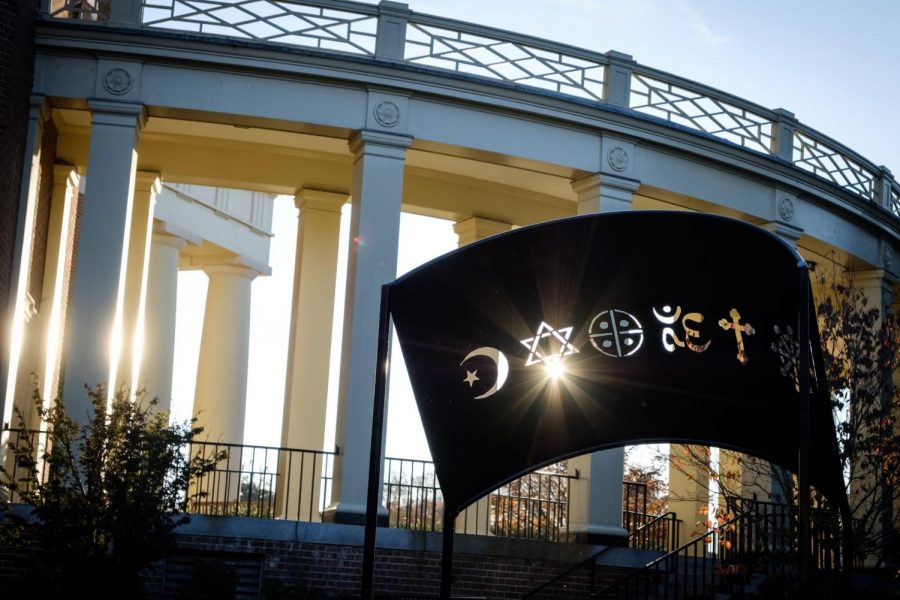 The center will award grants to faith organizations, create materials and conduct trainings.

The Wake Forest School of Divinity has earned a $5 million grant from Gilead Sciences to house a new center that will fight the stigma surrounding HIV/AIDS in Southern faith communities.

The center is the latest expansion of Gilead’s COMPASS Initiative. The three other COMPASS centers are housed at Emory University, the University of Houston and the Southern AIDS Coalition (SAC). Wake Forest will join the SAC in combating stigma but will focus specifically on religious communities.

“Expanding to faith felt really natural for us,” said Korab Zuka, Gilead’s Vice President of Public Affairs. “In our listening tours, organizations and individuals that were impacted by HIV always spoke about the dual education they were receiving [about sexual health] in school and church. We were already working in schools, but we weren’t addressing the church.”

The center at Wake Forest Divinity will train local religious organizations to address HIV/AIDS stigma, create infographics and videos, distribute grants to organizations and churches and use storytelling to facilitate stigma reduction.

“We’ll be highlighting the stories of people living with HIV and the perspectives of faith leaders on HIV-related stigma,” said Allison Mathews, executive director of the new center.

Mathews hopes to focus the work of the center in Black churches. Historically, the Black church has been heavily involved in social justice movements, but some communities have perpetuated stigma against HIV/AIDS. In recent years, however, the tides have turned. Mathews noted movements like the Poor People’s Campaign, which is led by a Black minister and promises to fight for the LGBTQ+ community alongside other marginalized groups.

“This is a perfect moment for us to think about how we reframe the role of the Black church in addressing the HIV epidemic,” Mathews said. “We have that history of social justice, and we have newly changed attitudes and an opportunity to build the infrastructure to address stigma [against HIV].”

The School of Divinity underwent a rigorous application process and was chosen in part for its existing infrastructure and focus on the intersection of faith and health.

“There’s a faith-health track [at the School of Divinity], and the fact that Wake Forest Baptist Health is merged with Atrium Health expands the reach of the work we can do into Charlotte and parts of South Carolina and Georgia,” Mathews said.

“The Divinity School has been engaged in this sort of work around the impacts of health,” said Jonathan L. Walton, Dean of the School of Divinity. “It shows up in our curriculum, our Pathways to Ministries program, and the daily and professional lives of many of our faculty members.”

Gilead also searched for an organization with a demonstrated commitment to justice and inclusion, which Walton described as two of the Divinity School’s core values.

“The Divinity School was founded as a just response to exclusion and intolerance,” Walton said. “Ever since then, we’ve welcomed the victimized and villainized, whether it’s women, people of color or same-gender-loving brothers and sisters.”

The center is currently engaged in the hiring process. Mathews anticipates building a five-person staff: herself, Principal Investigator Shonda Jones, a creative program manager, an administrative assistant and a financial manager. The center will begin to welcome requests for grant proposals in late spring and start training faith-based organizations by the end of the summer.

Zuka emphasized that the COMPASS Centers are part of a much larger fight against the HIV/AIDS epidemic. “We hope we’re able to contribute in a meaningful way to ending the epidemic, but it’s going to take more than just Gilead or our partners. It takes everyone,” Zuka said.