Floor caves in during off-campus party

Dozens of people were at the residence, which is leased by brothers of the Chi Psi fraternity 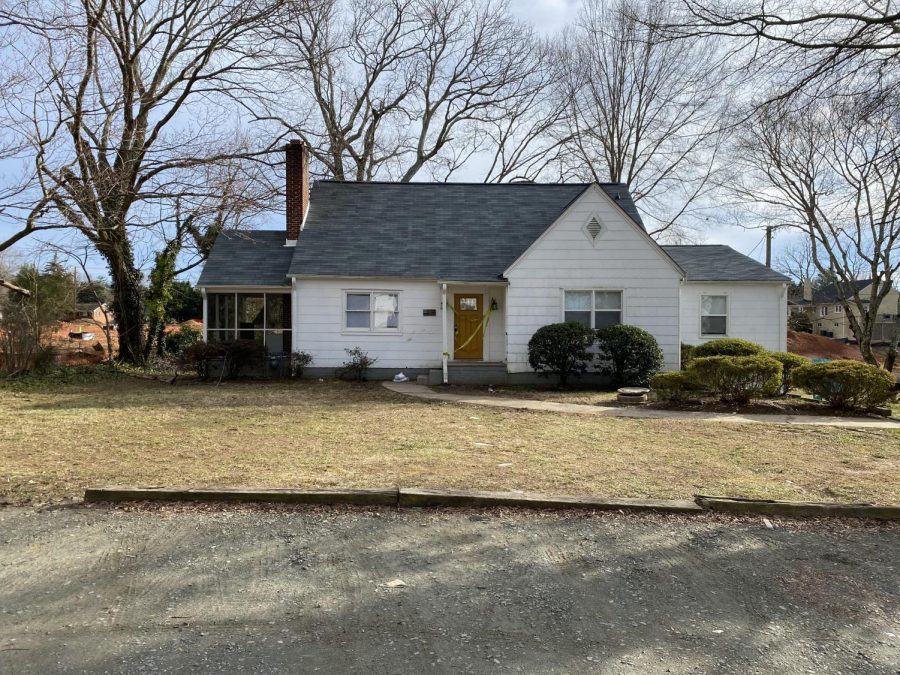 The off-campus Chi Psi fraternity house where the floor collapsed last weekend was deemed “unsafe for habitation.” The party resulted in no arrests and no serious physical injuries.

There was no fire burning on the dance floor, but there was a gaping hole when the Winston-Salem police and fire departments arrived on the scene of an off-campus party involving Wake Forest students on Palm Dr. Saturday night.

The party took place at an off-campus house, 948 Palm Drive, which was rented by four members of Wake Forest’s chapter of the Chi Psi Fraternity. It has been estimated that dozens of people attended the event. No social distancing or mask-wearing was evident at the party, a fact which is the basis of an investigation being conducted by the university into the circumstances of the function.

Wake Forest announced in a statement that a student group had been placed under interim suspension pending this investigation of potential COVID-19 protocol violations by Wake Forest students. Chi Psi confirmed to the Old Gold & Black Wednesday afternoon that they are part of that investigation and plan to cooperate, which likely means that it is this organization that was suspended.

According to earlier reporting from the Old Gold & Black, Chi Psi will not be able to hold any events, conduct chapter meetings or wear letters as a suspended chapter.

The floor collapsed while students were engaged in the party, and many students quickly became trapped, prompting rescue efforts by other partygoers, as seen in a now-viral video of the event.

“Get out, get out, get out,” one partygoer told another who was trapped in the hole, as commotion overtook the room. Many partygoers were seen recording the incident on their phones, even as people remained stuck.

By the time the WSPD arrived, there were no partygoers at the scene. The department declared the house unsafe for habitation.

“We are following up with those involved to provide support and resources, including assistance with housing,” the university wrote in a statement obtained by Fox 8.

There were no serious physical injuries, according to Campus Police’s report of the incident. There was, however, some potential psychological damage. One freshman student, whose name the Old Gold & Black has chosen to keep anonymous, posted on TikTok that she felt traumatized by the event. The TikTok has since been deleted. The student in question did not return the Old Gold & Black’s request for comment.

Students reacted swiftly. Many derided partygoers for attending a party in the midst of the COVID-19 pandemic, and especially at a time when the positivity rate of the virus has started to come down on campus. In videos shown of the party, there were no masks worn and social distancing was not practiced. This lack of precautions could contribute to COVID-19 transmission.

Many student-run meme accounts on Instagram commented on the situation by posting memes directed at Chi Psi and its brothers.

The president of Wake Forest’s chapter of Chi Psi, Josh Sicignnao, declined to comment. The Office of Fraternity and Sorority Life did not respond immediately to questions submitted by the Old Gold & Black.