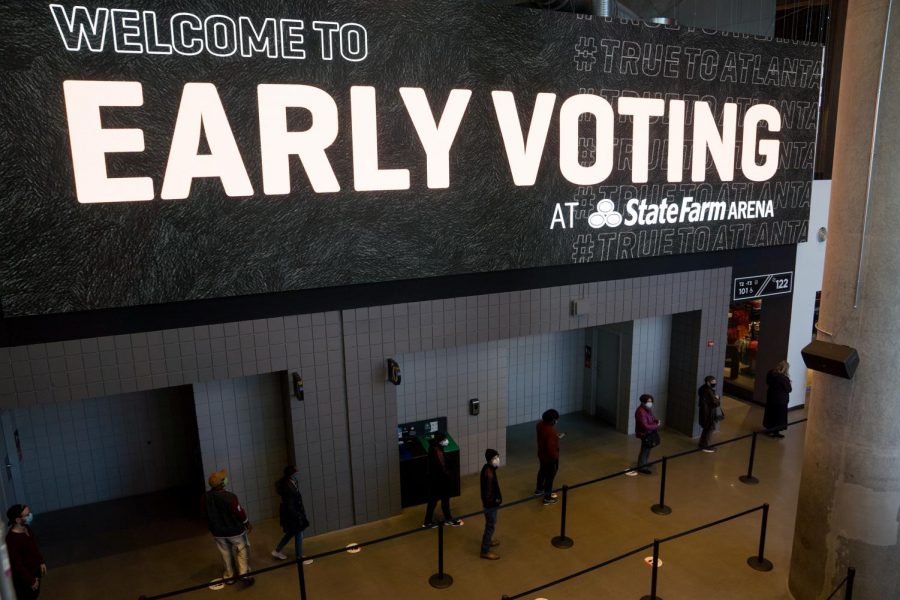 Last week, the House of Representatives passed one of the most comprehensive voter protection bills since the Voting Rights Act of 1965. This bill ensures that there are national standards for voting by creating new rules that simplify the voting process and aim to diminish voter suppression. The bill contains many provisions on individual voter protections, such as new national requirements that weaken restrictive voter ID laws, a mandate for automatic voter registration and expansions on early and mail-in voting. Additionally, HR-1 requires states to use non-partisan commissions to draw districts instead of elected officials. New transparency laws on campaign dark money have been included as well, which support public financing options for congressional campaigns. All in all, this is a bill that will update American voting standards, ensuring that our republic is more representative of all our citizens.

Why is it that Republicans are so against expanding voter protections? Why are Republicans so fearful of more people voting? The statements of their leaders speak volumes. It is clear that many of these protections are being introduced for a simple reason: voter suppression.

In recent years, Republicans have become increasingly more authoritarian. Instead of changing their principles and policy agendas to match that of the country, they have decided to attempt to win elections by lowering voter turnout, especially among minority communities. Republicans do this through partisan gerrymandering and restrictive voter ID laws, while also limiting who can vote by mail, how late a mailed ballot can be accepted and the amount of time allotted for early voting

Take Georgia, for example. In 2020, Georgia Democrats flipped a traditionally conservative state blue by increasing voter turnout. However, the Republican-controlled state legislature of Georgia has moved fast to propose laws that would make it disproportionately harder for Black Georgians to vote.

Two bills recently introduced by Republican state legislatures attack automatic voter registration, drop-boxes for mail ballots, the broad availability of absentee voting and early voting on weekends. All of these measures would overwhelmingly affect Black Georgians, with the restrictions on weekend voting being the most obvious.

A common Georgian tradition is “Souls to the Polls,” where Black voters vote in droves after Sunday church. While racism might be an easy explanation behind the Georgia Republicans’ Jim Crow-era restrictions, a more statistical answer can be found by looking at the tendencies of Georgia’s Black voters. Black voters in Georgia constitute around one-third of the state’s population and vote overwhelmingly Democrat, as 88% voted for President Biden and more than 90% voted for Senators Raphael Warnock and Jon Ossoff in the January runoff elections. Black voters were the crucial factor in flipping Georgia.

Unfortunately, Georgia is not alone when it comes to Republican voter suppression. As of Feb. 19, Republican state lawmakers have pre-filed 253 bills that restrict voting access in 43 states. The recent actions taken by Republicans throughout the country should frighten everyone, not just Democrats. It is impossible to have only one party that is beholden to public opinion in a two-party system. If one party does not fight for public approval, then there are not two parties. There are simply obstructionists and the rest of us. This bill is important because it will force Republicans to contend with public opinion, which in turn will make it impossible for them to win majorities in Congress.

Sadly, the For the People Act (HR-1) faces an uphill battle in the Senate. Republicans plan on filibustering the act, taking advantage of a Senate rule that was also abused in the past by Southern Segregationists to stop civil rights bills. Any attempt at passing the bill will require an end to the filibuster, which is protected by Senators Joe Manchin and Kyrsten Sinema.

This bill scares McConnell. It scares McCarthy. It scares a Republican party that has lost the popular vote in five of the last six general elections. It scares a Republican party that has become so nationalistic, so anti-minority and so against the general public, that they have attempted to infringe upon our most sacred and important right: our ability to vote. A political party that suffers due to high voter turnout must rethink its role in politics rather than fighting to suppress our voices.