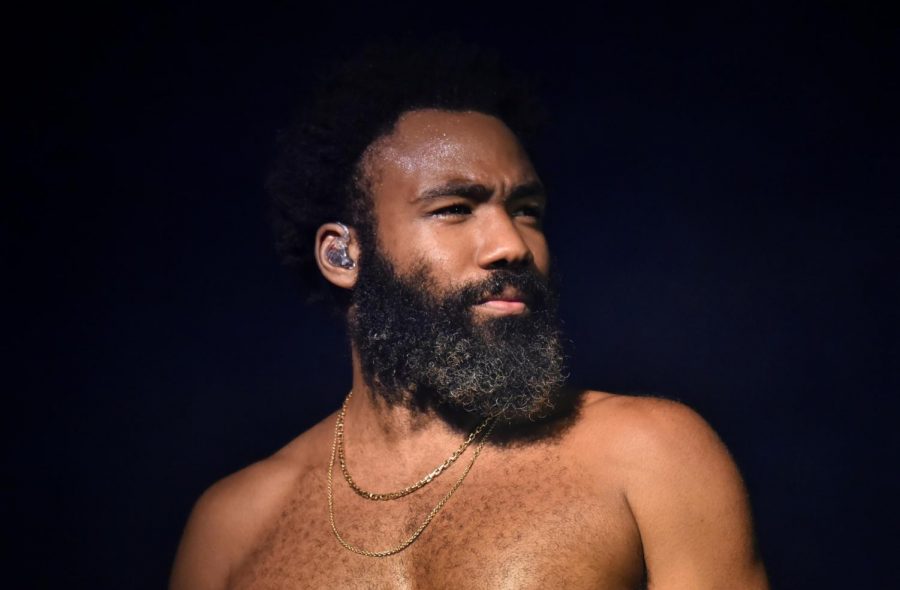 Donald Golver announced on Twitter prior to 3.15.20's release that this this upcoming album would be the last under the Childish Gambino moniker.

It’s been a year since the world shut down.  A year since we truly realized the fragility of life. A year since certainty became more valuable than money. A year since everything around us gave way and crumbled to pieces. Yet, no matter how hard we tried to distract ourselves, ignore our worries or use sleep as a blissful escape, the thoughts of helplessness and fear remained unrelenting. It seemed so foolish to accept these feelings as inevitable conditions of our diminishing mental fortitude, but that just proved that we are egocentric humans, believing that we are capable of everything under the sun. However, that was a year ago. We have come a long way since then.

A year ago, Childish Gambino mysteriously uploaded a project, made only available via his website. Fans were initially excited to receive new music from one of their favorite artists during such a hectic point in time. Still, they were quickly disappointed when the nearly hour-long album disappeared after only 12 hours. Could it have been an intentional artistic stunt by Gambino to emphasize and explore the themes of chaos and uncertainty? Had the server crashed due to heavy website traffic? Was it a marketing ploy? Who knows. Art is subjective. It allows for limitless interpretations and inquisitive interactions among the members of the fanbase, each no more plausible or idiotic than the last. That’s the beauty of art.

Subsequently, the full album titled 3.15.20 was officially released on multiple streaming platforms a week later on March 22. Each track was titled with its start time with two exceptions: “Algorhythm” and “Time.” Many assumptions were made about this rather experimental project of Gambino’s. Did it represent examples of complexity and infinity? Was it a rejection of the status quo? Did it reveal symbolic undertones or the continuation of the minimalist aesthetic through its blank white square album cover? Am I tripping, or do I need to update my Spotify? Don’t ask me.

As I set up the hammock in my backyard with no real expectations besides the oncoming season of hell, I closed my eyes and began to listen. The futuristic chorus of “we are, we are, we are” in the song,  “0.00” enters my head. The phrase recurs continuously, repeatedly asking for someone, something, to answer the call. Before the answer is found, the next track, with a gritty electronic house-beat, starts playing. Each track seamlessly transitions into the next, showcasing the fluidity and complexity in everything — music and life.

Gambino recruits Ariana Grande, 21 Savage, Ink and Kadhja Bonet to help add more flavors to an already colorful palette. However, he is more than capable of producing a spectrum of sounds, from his deep, monotonous vocals to his Prince-esque falsettos. Most notably, you can hear him employing many of these tactics together on “24.19.” The guest appearances all provide additional perspectives about self. Perhaps the most emotional case comes from Gambino’s own son talking to his father about love — the simple, innocent conversation to force introspection.

Furthermore, Gambino experiments with themes of uncertainty and chaos in these songs. “32.22” showcases a powerful marching cadence and chanting vocals, while “35.31” boasts the complete opposite with an upbeat guitar riff and absurd lyrics. Such exemplifies the dark yet comedic meaning to life. A fitting commentary for March 2020.

Within the span of two weeks, I had been dumped, had my worst flu case, lost my job and became abysmally numb to everything. I knew that I wasn’t the only person going through something like this — depression and mental instability are nothing short of universal — but I couldn’t accept that fact. All I knew was fear, uncertainty and hopelessness.

Laying on the hammock with a gray sky and cool breeze enveloping me, hearing these themes expressed so many times in ways better than either my parents or psychiatrist could, I finally understood. In the larger scheme of the world and in my own mind, I found peace and an answer, even if it only lasted for an hour.

A year later I revisit this album laying on Davis Field. Frisbees and pollen, I realized,  aren’t the only things I’m trying to avoid.