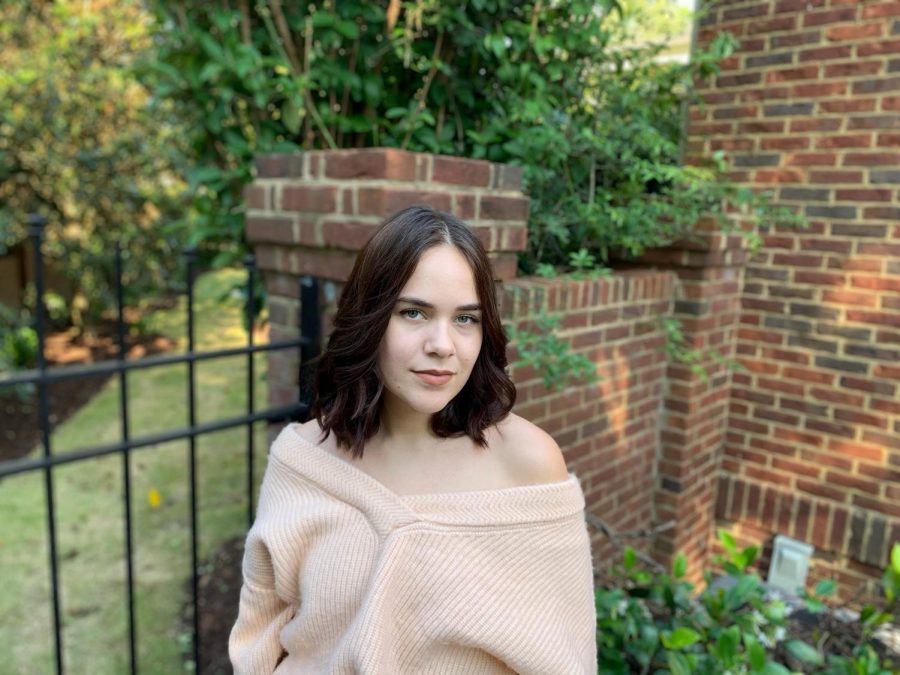 Eliza Drake is a senior from Columbia, S.C. majoring in theatre with a minor in English. A recent Wake Forest URECA Arts & Humanities Fellow, Drake has written, directed and produced an original play called “The Grim Unfoldings at Hesse-Kassel,” which will premiere April 30. In light of the hits the theatre industry has taken over the past year, Drake will be attending business school post-graduation in May. Drake recently sat down with the Old Gold & Black to discuss her upcoming play, and inspiration and difficulties in producing an intimate art form in the age of social distancing.

What aspect of theatre do you like the most? The acting, the writing, setting the scenes up?

I think. for me, the thing I enjoy the most about the theatre is the collaboration — getting to work with other artists. I have found that in the writing and directing process, I get to do more of that collaboration than I ever got to do as an actor. I have acted in two main stage shows here at Wake Forest, and both of them were so much fun. I loved it, but with acting comes this pressure of being seen and this pressure of “the show really depends on you,” whereas if you are in a director’s position or a writer’s position, it is easy to focus on your art. You don’t worry so much about the end product because you’re not really focused on the entire performance — you’re focused on the experience of the play.

Can you tell me about the play you have written?

I was in a playwriting class this time last year and we were given an assignment to write a ten-minute play. I have always been very interested in the Brothers Grimm so I took that ten-minute assignment and kind of reworked “Hansel and Gretel,” focusing on the darker themes from the Brothers Grimm fairy tales. So, from that project, I ended up applying to a URECA Arts & Humanities fellowship. I ended up getting it, so the entire summer I spent researching every single Grimm fairy tale. I read them all in their original translation. From that, I was inspired to start creating this world about three women who are stuck and how they go about fending for themselves and toppling over this oppressive patriarchal system that has been using them like chess pieces. I was really inspired by “Hansel and Gretel” — as I previously mentioned — “Rapunzel” and “Sleeping Beauty.” These three stories actually have pretty dark themes, including pedophilia and sexual assault. I use those themes and experiences throughout the play to write this revenge tragedy of these women who end up ultimately killing the people that have done them wrong.

How did this come together? Are you just taking bits and pieces from each fairy tale and melding them into one while renaming the characters?

Instead of taking the character names, I used character archetypes. If you were to read the Grimm fairy tales, there is always a hero — I have that hero character in my fairy tale — there is always the damsel in distress and there is always the villain. There are these really famous archetypes, so I tried to take those, develop them and flip them on their heads so it would be more of a new experience when you were watching the play. Another thing I was really inspired by was the actual lives that the Brothers Grimm led. One thing I found so fascinating when I was researching was the source material that they used. The Brothers Grimm, and pretty much any scholar from that time period, didn’t really cite sources. They might have said thank you to a fellow scholar or friend, like ‘sir something-something recommended that we look into this,’ and if they cited material they would really only cite the other scholars. But in the 20s and up until the 50s, other scholars went back and looked at their work and they found that most of their sources for these fairytales were not other scholars — they were women. Specifically middle-class educated women whom this tradition of folklore passed down from generation to generation through. The Brothers Grimm didn’t develop these stories — they simply wrote them down. And in writing them down, they actually ended up sanitizing a lot of the really dark parts so that they would be available for mass consumption.

What is the title of the play?

(Laughing) I probably should have led with that. The play is called “The Grim Unfoldings at Hesse-Kassel.” Hesse-

Kassel is a province in Germany and is actually where the Brothers Grimm lived and grew up. During my research, I did a ton of thinking about where I wanted to set this play, and if I wanted to set it in the fairytale world or our world. I ended up setting it in our world. Much of the play actually focuses on the power struggle of the land and the principality of the Hessian people.

What was the most difficult thing you came across during your research, during your writing or maybe now as you are trying to put this onto the stage?

The most difficult part of bringing it onto the stage has been figuring out how to do this while being COVID-19 safe. We have a ton of procedures in place — we are planning to wear masks for every single performance, and all the actors wear masks for every single rehearsal. Everything is socially distanced, and we limit physical touch. A lot of the best moments in theatre are when people are close, so trying to capture the essence of closeness while maintaining six feet of distance has been extremely hard. That has been tough for my actors in particular. It has definitely been very interesting, to say the least, but we have come up with different ways to combat social distancing. In the original script, there is a scene where someone is killed with a knife and we switched that to a pitchfork so that there would be more physical space between the two actors. Coming up with things like that has been creatively fun but also really difficult.

Will the performance be in Brendle Recital Hall?

(Laughing) No, we are doing it outside because of all the COVID-19 research about how the virus spreads, especially in events with more than 20-people. We are using a kind of little weird space directly behind Scales Fine Arts Center. We call it the Scales Alcove, sometimes it’s called the Patio, and it’s this kind of grimy concrete space that has been used by the Art Department in the past to spray paint and to sculpt outdoors. We are transforming the space with some furniture and a lot of imagination to give it the feel of this fairy tale world, while still within our world.

How long is it going to be running?

There are two performances: one on April 30 and one on May 1. And then we have a rain date on May 2, in case we get rained out.

Editorial Note: This interview has been edited for clarity and brevity.