An expert’s preview of the NCAA Tournament

After the bracket reveal on March 14, there is much to look forward to 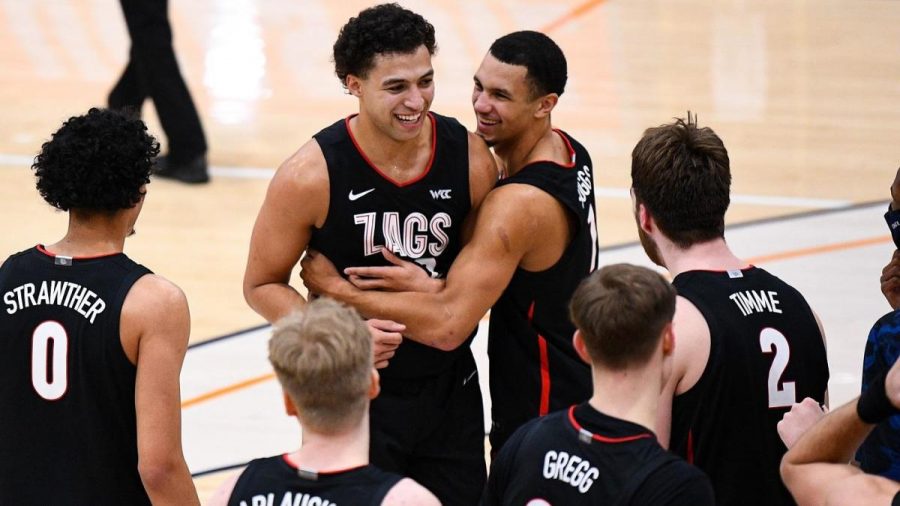 The teams have been seeded, and the bracket has been set. Nets will be cut down, tears will be shed and legacies will be made. Most important, however, after experiencing a very different kind of March Madness a year prior, college basketball fans around the land can once again prepare their doctor’s notes in anticipation for the best month the sport has to offer. THIS IS MARCH, so your local tournament expert is here to break down all the action. Let’s dance.

On March 14, the selection committee released their bracket of 68 teams, split into four regions, and seeded 1-16.  Unlike prior tournaments, this year’s festivities are slated to take place within a bubble in a single setting — Lucas Oil Stadium in Indianapolis. As if this year’s circumstances weren’t unprecedented enough, a wild regular season added another wrinkle to the fun — for the first time since 1976, both Duke and Kentucky will be watching postseason basketball from their couches, just like the rest of us.

With these blue bloods taking a year off from national relevancy, some new faces have earned top billing on the bracket, including Gonzaga (26-0) and Baylor (22-2). Gonzaga, the lone undefeated squad from the regular season, is led by future NBA lottery pick Jalen Suggs and coach Mark Few. With crafty guard Jared Butler at the helm, Baylor has dominated against impressive competition all season, culminating with a Big-12 regular-season title. With a combined record of 48-2, these two programs have earned their top seeds and are primed to compete for the first title in their programs’ history.

Rounding out this year’s group of  No. 1 seeds are Big Ten standouts Michigan and Illinois. Led by upstart coach and Wolverine alum Jawuan Howard, Michigan (20-4) brings a regular-season conference trophy and a balanced inside-outside attack to Indianapolis. Meanwhile, Illinois enters March as perhaps the hottest team in all of college basketball, having won their last seven games and most recently a Big Ten Tournament championship against Ohio State. Overall, the Big Ten holds four of the tournament’s top eight seeds and has nine teams dancing in total. When making your picks, consider the strong possibility that one of these midwest teams will be cutting down the nets come April.

While the selection of the tournament’s top seeds came as a surprise to few, the real drama occurred on the other side of the Bracket — the notorious bubble. Following shocking conference tournament victories from the likes of Georgetown (Big East), and Oregon State (Pac-12), these bid stealers guarantee that a series of teams on the fringe of tournament contention would be sweating it out on selection Sunday. Most notable among these squads were tournament regulars Syracuse (16-9), Louisville (13-7), Michigan State (15-12) and UCLA (17-8).

In the end, Syracuse earned a No. 11 seed and a first-round bye, while fellow 11 seeds Michigan State and UCLA will duke it out in a play-in game on Thursday night. Louisville, however, was not so lucky. They were listed as the “First Team Out” on the committee’s bracket. They are joined by Colorado State, Saint Louis and Ole Miss as potential replacement teams should a team miss the tournament due to COVID-19 circumstances. With tournament teams Virginia and Kansas withdrawing from their conference tournaments early, the need for a potential replacement is not out of the question. For now, these aforementioned squads are confident they can field the five-person roster necessary for tournament competition.

Finally, what is March Madness without a Cinderella story or two? This year, in particular, the possibilities are endless. Bracketologists have quickly identified teams like the UC Santa Barbara Gauchos and the Winthrop Eagles as two underdogs primed to complete the notorious 12-5 upset. This type of upset occurs in a whopping 35.7% of such games, according to NCAA.com. The Gauchos take on Creighton (20-8), while the Eagles face the 2018 champions, Villanova (16-6).

Further up the bracket lies the always dangerous Loyola-Chicago (24-4). The Ramblers return to the dance for the first time since their miracle run to the Final Four in 2018. Opposing teams will likely be more prepared for the No. 8 seed this time around, but nobody will want to play them either. Illinois, be warned.

And that’s all from me. Congrats on making it to March. I don’t know about you, but everything feels just a bit more right in the world this week, and it only gets better from here.