A slate of speakers, including a variety of industry leaders, will give TED talks at the event 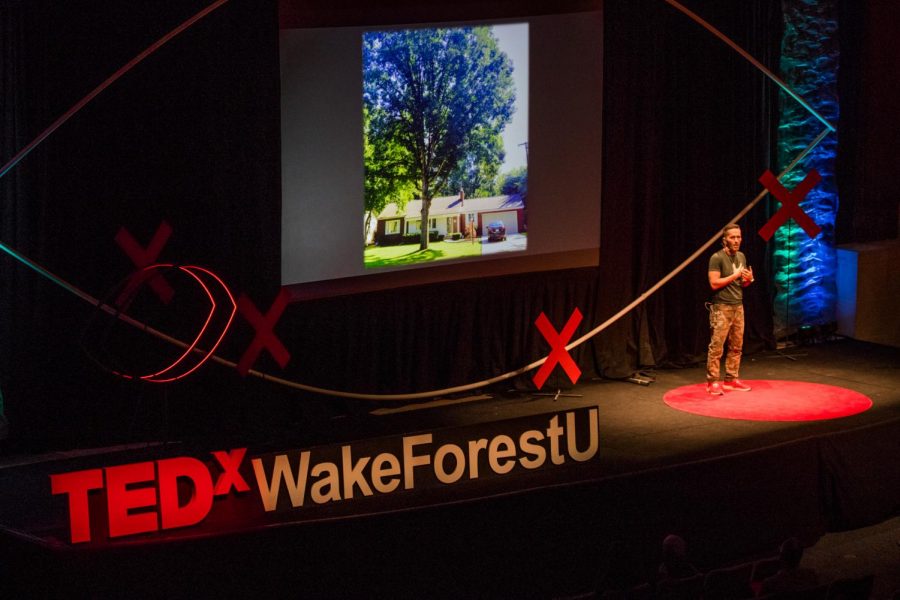 In previous years, TEDx events were held on Wake Forest’s campus, with speakers giving in-person talks. This year, the event will be held virtually.

On April 10, Wake Forest will host a TEDx event, the university’s ninth. This year, as with many popular events, the festivities will be held online, and students will either be able to view the speeches online or simply walk over to Manchester Field for a public viewing of the live stream.

The TEDxWake project is organized and coordinated by a team consisting of sophomore-through-senior students, with a host of freshman volunteers. Professor of Medicine Anthony Atala, who has given a TED talk himself, is the adviser of the student group.

Each year, the team reaches out to about 40 influential and inspiring individuals and ultimately selects eight to speak. As a team, they send emails, LinkedIn messages and even Instagram direct messages to these potential speakers to invite them to the event.

These individuals are chosen in the hopes that they will contribute to an overall theme and teach students about a variety of important topics. This year’s theme is Spill the Tea, the goal of which is to engage younger students on campus.

While many of the speakers will not be revealed until the day of the event, it has been confirmed that James Ford, Bryce James and Clementine Jacoby will all speak. Each talk will be 15-to-20 minutes long and will cover topics including environmental health and drone reforesting, equity and race; and flying sports cars. Most years, the speakers give talks on campus, but this year, all speakers will speak virtually.

According to Laura Acosta, a member of the team, this year was easier in terms of rallying speakers. Because of the lack of travel, the pool of candidates was wider, allowing the team to be more selective in choosing their desired speakers.

Acosta believes that the TEDx talks are a good opportunity for students to learn and expand their worldview. She also emphasized their potential for inspiration.

“As students, we set out to find the fresh voices we believe the community should be aware of, and then we provide the platform for them to amplify their message,” Acosta said. “I’m extremely thankful our team has the opportunity to set up such an event, especially during these times of disconnect.”

Acosta firmly believes that TED talks are valuable to education and part of the benefits of going to a school like Wake Forest.