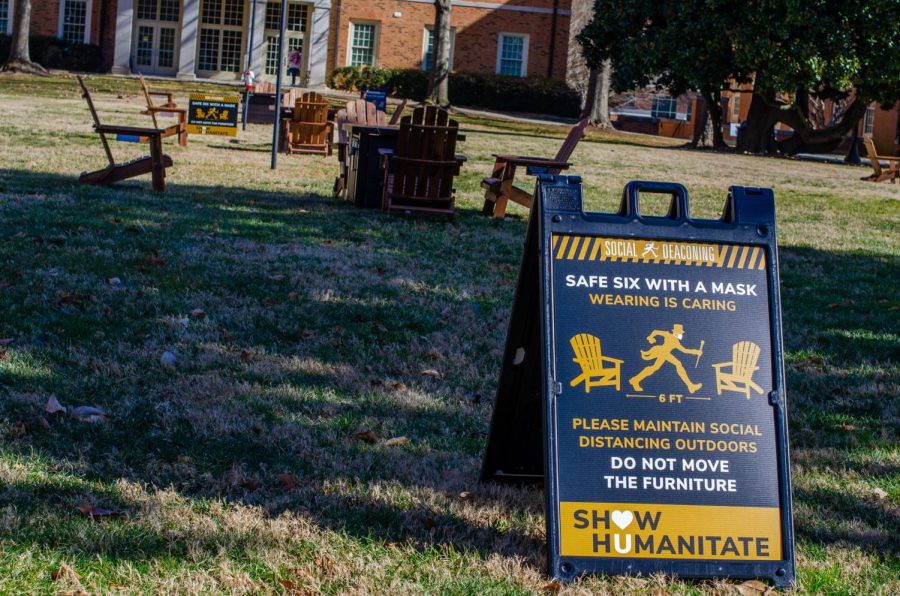 As part of an effort to engage with first-year students, President Nathan Hatch will meet with students on the Manchester Quad’s fireside space to address concerns and answer questions about Wake Forest.

President Hatch will be holding regular, small-group discussions with first-year students on Manchester Plaza. This program, cleverly titled Fireside on Manchester to evoke the fireside chats given by President Franklin Roosevelt in the 1930s, begins on Friday, March 19, and is aimed at giving the Class of 2024 a chance to speak directly with the Wake Forest president.

In an interview with Old Gold & Black editors on Tuesday, Hatch explained that the purpose of these fireside chats was to, “interact directly with students, find out where people are, talk about planning for next year and listen to how life could be improved at Wake Forest.”

Vice President of University Advancement Mark Petersen noted that the idea has been in development for a little while now, as President Hatch typically held one-on-one office hours with students throughout the past semester. Thanks to COVID-19, however, Hatch has not been able to connect mask-to-mask with students — particularly first-year students — during the past two-and-a-half semesters.

“We’ve been talking for a while about how to connect with our first year students,” Petersen said. “Historically, Hatch had office hours that were pretty busy. And oftentimes, it was first-years who were trying to understand more about Wake Forest and wanted to get to meet the president.”

“It’s not at every university that the president is happy to sit down and talk to students,” Petersen continued. “Because of COVID-19, we just haven’t been able to do that all year. And we really miss that.”

Due to the intimate nature of Fireside on Manchester, the number of first-year students who are able to attend each conversation is limited to the number of Adirondack chairs that can be spaced six feet apart in compliance with CDC guidelines.

There has been an extremely positive response to the announcement, as the first three Fireside on Manchester chats are already at full capacity.

Freshman Abby Lecrone expressed excitement about the prospect of speaking with Hatch.

“I think this is so important,” Lecrone said. “We freshmen are the underdogs, and we don’t have a lot of say in most things. I think by opening these conversations up, Hatch is saying ‘I hear you, I see you and I want to help you out with anything you have going on.’”

Both Hatch and Petersen emphasized that these events are not designed to be soapbox speeches — they are chances for meaningful, engaging conversations to develop between new students and administrators.

“We want [people to] hear and be a part of the same conversation,” Petersen said. “It’s not so much [Hatch] talking the whole time as much as him asking questions and getting to know people.”

Other administrators will likely host their own discussions and conversations using the Fireside on Manchester format.

Fireside on Manchester is one of many programs being brainstormed and implemented in an effort to improve communication between students and administrators and make university leaders accessible to first-year students. Additionally, the Fireside on Manchester series will encourage even more students to use the space on the lower quad to meet and mingle with new people.

“If this is just one more important thing that we can do to connect people together, I couldn’t be more excited about it,” Petersen said.

“When I came through this weekend and saw everybody spread out on the plaza, it just looked like Wake Forest again,” he continued. “And I really, really want to give the credit to the campus life team who put [Fireside on Manchester and] all of this together in hopes that people would be able to have a way to enjoy it.”