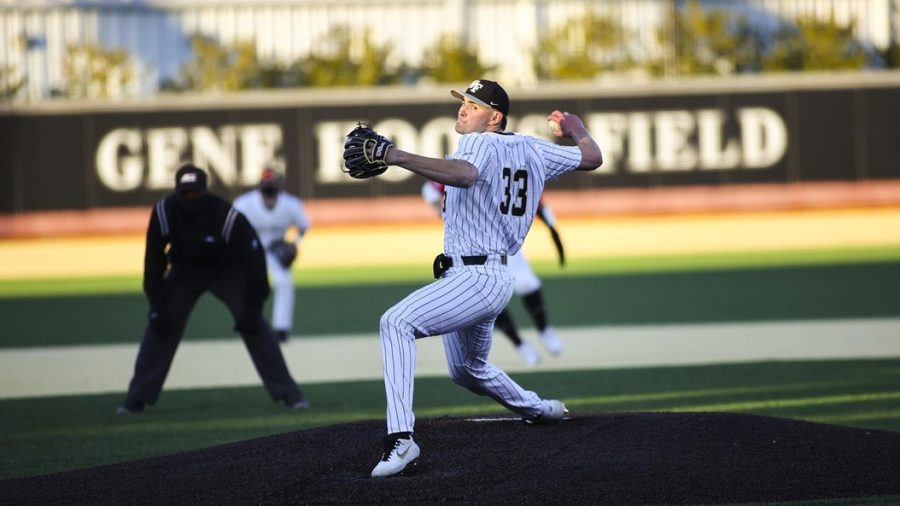 Senior pitcher Ryan Cusick picked up his first win of the season on Friday against No. 11 Georgia Tech. Cusick pitched six scoreless innings, only allowing three hits in the 6-2 victory.

In the first of a four-game homestand for Wake Forest, the Demon Deacons prevailed over the Charlotte 49ers in a mid-week, out-of-conference matchup. The win was vital for a Wake Forest team that had lost four straight and six of its last seven, prior to Tuesday.

Wake Forest pitched lights out against Charlotte despite a lack of pitching depth due to COVID-19 and injuries. Two Demon Deacon starting pitchers — Shane Smith and Antonio Menendez — suffered long-term injuries to begin the season, which became a factor in the series against Miami that was cut short. As a result, traditional bullpen reliever and sophomore Reed Mascolo made his first collegiate start for the Demon Deacons against Charlotte. Mascolo pitched 2.1 scoreless innings, striking out two and only allowing two hits. The combination of sophomore Brennan Oxford, junior Cole McNamee, and freshmen Hunter Furtado, Camden Minacci and Eric Adler closed out the game, allowing only one run on two hits and seven strikeouts over the remaining 6.2 innings.

Senior Bobby Seymour opened the scoring for the Demon Deacons in the bottom of the first inning with a double to right-center-field. This was the first baseman’s third consecutive game with a double, and he is set to become the 28th player in Wake Forest history to join the 200-hit club. Freshman Pierce Bennett hit a single in the second inning to extend the Demon Deacon lead to 2-0. In the fifth inning, Charlotte loaded the bases with no outs, but McNamee was able to lead the Deacs out of the inning surrendering just one run.

Wake Forest responded in the sixth inning with a solo home run over the left-field wall off the bat of senior Shane Muntz. It was the catcher’s second home run of the season and increased the Demon Deacon lead to 3-1. An insurance run was added in the eighth inning off a single from junior Lucas Costello, his second hit of the game. The game ended  at 4-1, providing Wake Forest a huge win.

In the first game of the weekend series against ACC opponent No. 11 Georgia Tech, Wake Forest prevailed 6-2.

Demon Deacon junior and highly-touted MLB prospect Ryan Cusick earned his first win of the season, firing six scoreless innings with 10 strikeouts while allowing just three hits. The top of the order for Georgia Tech went a combined 2-15, despite leading the entire ACC in batting average among other categories.

“You can’t pitch a whole lot better than that. I’m super impressed,” he said. “Missing two starts and coming out of it and to pitch like that in a big Friday game where we needed to win was super impressive. He was just a warrior all night.”

A 40th round selection by the Cincinnati Reds in 2018, Cusick was ranked the No.115 best high school prospect by Perfect Game, and the second-ranked right-handed pitcher out of Massachusetts in high school. At the collegiate level, the Sudbury, Mass. pitcher was named a preseason Second Team All-American, impressing scouts with a 99 mph fastball.

Wake Forest won the game with no shortage of pitching, and the bats were in full force as well. The Demon Deacons scored first following a Georgia Tech error by Drew Compton off a hard-hit ball by Seymour. A pair of Wake Forest runs were added in the fourth inning off a single from sophomore Adam Cecere and a sacrifice fly from sophomore Parker Pilat. For Cecere, it was his first hit of the season. For Pilat, it was his first run batted in.

The Yellow Jackets battled back in the seventh inning with Furtado on the mound for the Demon Deacons. Following a pair of singles and a wild pitch, Georgia Tech cut into the Wake Forest lead and made the score 3-2. However, the Demon Deacons then extended the lead to 6-2 over the next few innings, a run in the bottom of the seventh inning and two more in the eighth inning via a pair of doubles from freshman Brock Wilken. Through his first 10 career games, Wilken has hit four home runs, the most for a Wake Forest freshman since 2009. Wilken is also on pace to finish the 2021 season with the freshman single-season home run record.

In the bottom of the ninth, Adler retired the side, and the Demon Deacons picked up their first ranked win of the season.

Despite spectacular pitching and a late rally, Wake Forest fell short against Georgia Tech in game two of the series.

This said, Demon Deacon senior William Fleming struck out six and allowed just two runs and two hits through 7.2 innings. The Yellow Jackets only had five base runners the entire game and scored their three runs on just two pitches. Only one of those pitches came from Fleming, when in the second inning, Georgia Tech left fielder Tres Gonzalez launched a home run to right field with a runner on second, making the score 2-0.

“Obviously [I’m] really pleased with William Fleming’s outing,” Walter said. “He made the one bad pitch, hung a slider to Gonzalez with two strikes, and that was kind of the difference in the game. But just really pleased with the way he threw the ball.”

On the other side of the mound, Georgia Tech ace Andy Archer picked up his third win of the season. Archer pitched six scoreless innings, recorded eight strikeouts and allowed just two hits. Through four seasons, the senior has only lost one game, throwing for 92 strikeouts and walking just 34 batters.

Following the early Gonzalez home run, Georgia Tech tacked on an unearned run in the eighth inning to extend the lead to 3-0.

Wake Forest rallied in the bottom of the ninth inning, but it wasn’t enough. Seymour and Muntz were both walked before senior Chris Lanzilli singled to center field to bring the Demon Deacons within two runs with no men out. With two runners on base and the potential to take the lead, McNamee and Costello could not capitalize.

For Wake Forest, Fleming and Cusick led a pitching staff that allowed just five combined runs to the Yellow Jackets, who entered the series averaging 8.7 runs per game. Wake Forest held the bats of Georgia Tech to .118 in the two games, despite their .328 average coming into the series.

Georgia Tech outplayed Wake Forest in the rubber match of the three-game homestand.

In the fourth inning, Lanzilli hit a solo home run to get the Demon Deacons on the board. The homer was his third of the season, and No.34 of his career. Furthermore, Seymour reached base safely for his 18th straight game with a sixth inning walk.

After the 2-2 week, the Demon Deacons will travel to face Elon on Tuesday before heading to Florida State for a weekend battle against another formidable ACC opponent.