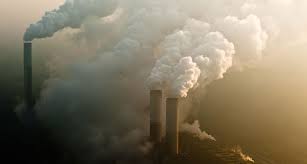 The causes of global warming have been observed most heavily within industrial manufacturing, which sacrifices the health and safety of the planet’s inhabitants and ecosystems for profits.

While it is no secret that global warming is a severe threat to our planet and our wellbeing, few realize exactly what is in store for the climate in the coming years and how these changes will affect Earth’s inhabitants. Politicians, scientists and lobbyists have dedicated their efforts towards resolving some of the issues that pose the greatest threat to the environment. This has resulted in an increased focus on policymaking to address environmental concerns.

However, recent studies demonstrate that summer weather could extend past its typical duration to a shocking six months by 2100, resulting in a shorter winter period. Within the past 60 years, summer has increased by 17 days, consequently decreasing the lengths of the other three seasons. And while some may see this extension of summer as a benefit, the positive of a longer vacation does not negate the catastrophic damage being done to the environment.

As many people are aware, the most critical threat to our ecosystem is the increased production of greenhouse gases (GHG) — every nation on Earth is responsible for contributing to this increase in GHG, however, the U.S. and China are leading the pack due to egregious levels of production and industrialization. The two main contributors to the production of GHG are electricity and heat production, which may see a decline with a two-month winter, as is predicted. Yet, the problem of greenhouse gas emissions may not be mitigated in time to decrease the likelihood of a longer summer, which we can expect in the coming years.

We are extremely fortunate to have the ability to predict the oncoming environmental hazard set to take place, but for the rest of the planet’s inhabitants — animals and plants —recognizing these climate changes is challenging, if not impossible.

An extended summer will place significant pressure on the agricultural industry and animal populations around the world. As plants tend to follow the cyclical patterns of the seasons, there is potential for the planet’s greenery to grow and bloom at unnatural rates. For example, farmers in India have already observed premature blossoming of Rhododendron trees as early as January of this year, which indicates an earlier onset summer than expected. And while the early blossoming of flowers and fruits in itself doesn’t scare scientists, the implications of this premature growth certainly do.

Many animals that facilitate pollination rely on the seasonal patterns to determine migratory schedules — seasonal changes can prompt a mismatch between animals and their food sources, negatively affecting ecological colonies.

Evidence for rising climate pressures is clear — while changes in ocean temperatures by two to three degrees can be difficult to use as evidence in support of climate change, an increase in the number of summer days is clear evidence that something needs to be done.

Yuping Guan, a leading researcher on the topic of climate change, serves as a physical oceanographer at the Chinese Academy of Sciences. He has been documenting the alterations in seasonal duration, and his findings have been shocking. Guan, along with his team of researchers, has spent years inspecting the daily temperatures from 1952 to 2011 to determine the existence of a correlation between GHG emissions and seasonal lengths. Their findings concluded that over a 60-year period, summers have grown from an average of 78 to 95 days. Consequently, winter lengths have shifted from 76 days to 73 days, with the lengths of spring and fall being affected as well.

Guan’s team was able to apply their model to the future in order to determine an impending six-months long. To clarify, Guan’s team defines summer as the onset of temperatures in the hottest 25% of the year. Guan’s predictions for the future of seasonal lengths make him more concerned for human wellbeing than any other issue our society had faced to date. According to Guan, the greatest concern for the health and safety of humans relates to the predicted increase in disease spread by mosquitoes. Warmer and longer summers have been known to expand the range and lifespan of mosquitoes and other disease-carrying insects, meaning an increased number of diseases in regions not usually affected by mosquito-carrying illnesses.

We are many years away from 2100, but solutions to the pre-existing climate damage must be implemented now, as the effects are already being observed. The most effective way to decrease GHG is to decrease levels of production, which can be achieved through international cooperation and policymaking. China has already taken the first step in achieving carbon neutrality by switching energy sources from coal to more environmentally conscious options, as well as by decreasing the nation’s use of fossil fuels.

With an increased awareness of carbon emission levels, nations around the globe have begun to hold each other accountable for their contributions towards creating a safer, healthier planet for future generations. And while an extension to summer weather patterns is likely inevitable, there is still hope that the crisis can be mitigated.