In defense of Chick-fil-A sandwiches 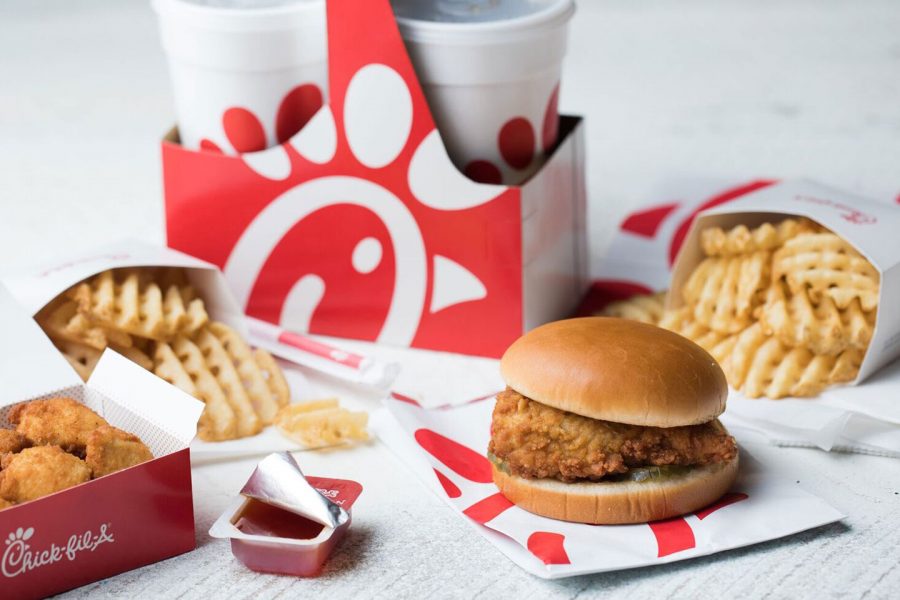 I know, I know. You’re probably thinking, “But Rains, why does the clear frontrunner of the chicken sandwich need to be defended?” It seems, dear reader, that there are some who believe that the one and the only, the classic, everyone’s-favorite-Old-Gold, the Chick-fil-A sandwich is no longer the king of the fast-food hill.

And why? What could possibly put such an absurd idea into a person’s head? The answer, it appears: the Popeye’s chicken sandwich.

These days, chicken sandwich comparisons are as common as fire alarms on the quad. Over the past year, we’ve seen an uptick in the number of sandwich reviews due to the release of a pair of fried chicken sandwiches from Popeye’s in the fall of 2019. These sandwiches became an internet sensation, selling out across the country due to extraordinarily high demand.

They sold out for good reason. Both versions (mild and spicy) are delicious, with a substantial brioche bun, pickles and mayo. The chicken is crispy and not as greasy as that of other sandwiches. Overall, the Popeye’s sandwich offers more of a gourmet experience compared to other options.

Recently, however, I had a pair of less-than-ideal experiences with the Popeye’s sandwich. The chicken was tough, the breading slid off and disintegrated and the bun was somewhat stale. Though I’ll give Popeye’s the benefit of the doubt and assume those sandwiches were outliers, I’ve never had a bad an experience at Chick-fil-A.

Chick-fil-A shines in its consistency. I have eaten there nearly as many times as there are stars in the sky, and I have never had a bad Chick-fil-A sandwich. Not once. I’ve eaten them hot and cold, and the worst they’ve ever been is mediocre. Sure, the chicken isn’t always crispy and the bun can be a bit soggy, but the flavor is always exceptional.

Not so with the Popeye’s sandwich. At its best, the Popeye’s spicy sandwich is phenomenal, offering flavor and texture that you couldn’t get at a nicer restaurant for twice the price. At its worst, it’s nearly inedible. Perhaps Chick-fil-A uses better chicken or has more stringent quality control (or both), but unless I was specifically craving the Popeye’s sandwich I would go to Chick-fil-A nearly every time I was given the choice between the two institutions.

I would be remiss if I failed to mention the new  Spicy Crispy Chicken Sandwich from McDonald’s. There are those who believe that this new concoction also deserves a place at the table.

“McDonald’s new Spicy Crispy chicken sandwich might be better than both Chick-fil-A’s and Popeye’s,” wrote freshman Will Schumpert early last week. While word circulates that this freshman may have been paid by McDonald’s for his advertising efforts, we will have to wait until a review at a later date to put these fighting words to the test.

Chick-fil-A and Popeye’s both offer exceptional chicken sandwiches. While I wouldn’t turn down a sandwich from the Popeye’s on University if I was in the area, Chick-fil-A’s on-campus convenience — combined with its consistency of quality and renowned customer service — entice me to return time and again.