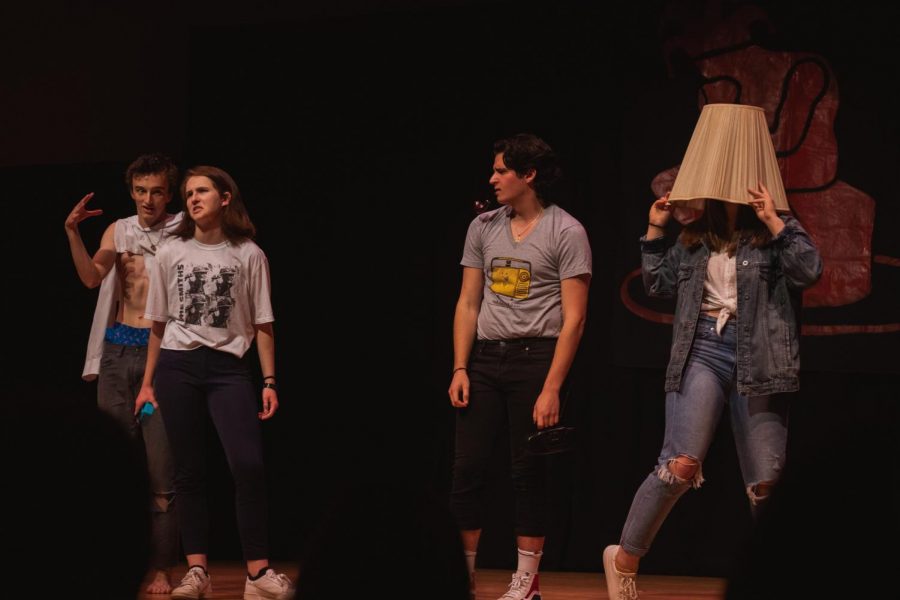 Wake Forest sketch comedy group The Lilting Banshees will be making their much-awaited comeback on April 1 with a Student Union-organized Murder Mystery Event on the Lower Quad.

The tickets to the Murder Mystery sold out within the same day they were released, demonstrating the highly anticipated nature of this event. An audience of 40 students on the Lower Quad will be able to watch the Banshees perform a mystery, full of alibis, murder, and suspicion, all over dinner.

The Banshees are a club of 20 members, all of whom were involved in the writing process, but only about 10 members of the troupe will be seen on stage on the night of the dinner. In a normal year, this Murder Mystery event is performed by an outside group that the Student Union brings in.

Due to COVID-19, however, Student Union did not want to bring in outside performers and decided to have the Benshees perform instead.

While the Banshees are honored and excited to perform live again, this is not their usual style of performance.

During a non-pandemic school year, the Lilting Banshees perform three or four times a year on the Brendle stage, with the members meeting three times a week to write the sketches.  The Banshees often have a packed audience full of friends, family and other students. This year was a major adjustment for them, with the members still meeting three times a week  — this time over Zoom.

Alexi Vlahoyiannis, director of the Lilting Banshees, spoke about the adjustments for COVID-19.

“It was really hard,” Vlahoyiannis said. “We had to push back auditions to the spring and haven’t been able to do any kind of performance.”

Writing jokes over Zoom isn’t the same as all sitting together in person, but was necessary this year to promote safety and still host a fun environment for club members. Preparing for this new style of pitching and writing sketches was, as Alexi said, “a little hard to get used to, but once we got the hang of it, it wasn’t bad at all.”

This is a new and exciting way for the club to familiarize themselves with performing and formally introduce themselves to this year’s new students and freshmen class.

“The break out room format actually fits really well with the way we write sketches,” Vlahoyiannis said. “We first worked on an overarching plot then figured out each individual character. Last week, we finalized our character list and cast the actors.”

Now, in their final stages of preparing the show, they are almost ready to reintroduce themselves on stage.

The murder mystery will be set up in a dinner-like fashion, with students sitting at tables and eating Aramark catered food. The night will begin with a performance by the Lilting Banshees and a brief setting of the scene. Once there is an established murder mystery for the audience to solve, the onlookers will be able to speak to individual characters and calculate their potential motives. They will be able to discover alibis by asking questions and interact with each of the 10 cast members. After the audience places strategic guesses on each of the suspects, they will get the opportunity to vote on which suspect they believe committed the crime.

As Winston-Salem moves into spring and Wake Forest strives for more vaccinations, outdoor and socially-distanced events like these will begin to bring a sense of normalcy back to campus.

The bottom line for right now is that the Lilting Banshees are making their comeback after a year’s hiatus due to COVID-19, albeit in an unconventional but welcomed way.

And they’re thrilled to be back.