An associate professor of psychology is researching honesty and growth 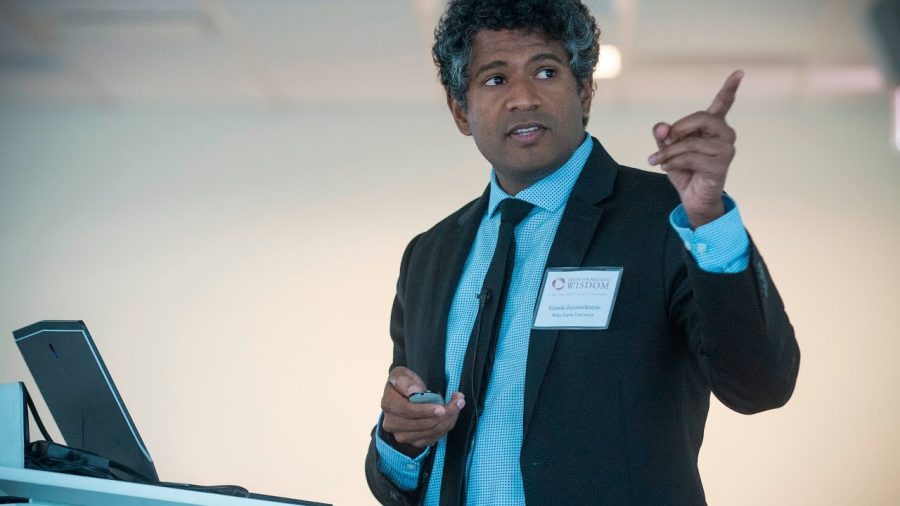 Professor Eranda Jayawickreme is trying to understand how different conceptions of honesty contribute to character development.

Associate Professor of Psychology Dr. Eranda Jayawickreme asks a broad question in his research: In what ways do peoples’ personalities differ?

For something that seems so central to day-to-day life, personality is a hard thing to quantify. How exactly do scientists measure objective differences in personality? And what insight can those differences provide as to how people respond to their circumstances?

Narrowing the scope is a solid first step. Part of Jayawickreme’s research — done in collaboration with Dr. Michael Furr and Dr. William Fleeson of the Psychology Department and with Dr. Christian Miller of the Philosophy Department — involves studying differences in honesty. In particular, the professors are interested in how a person’s own sense of honesty translates to their daily life — and if that sense of honesty is as reliable as they perceive.

Truth-telling, Dr. Jayawickreme explains, is one central aspect of honesty that can be used to quantify the construct of personality as a whole. The narrower scope of truth-telling and its measurable nature allows researchers to use it as a variable to represent honesty.

“This is not saying that truth-telling is all there is to honesty,” Jayawickreme said. “We are focusing on one key component of honesty that allows us to measure that construct as clearly and as directly as possible.”

Once the more abstract variables have been quantified, Jayawickreme and his colleagues can examine their effects, like how differences in individuals’ prioritization of honesty shape their personalities more broadly. For example, do people who prioritize honesty experience trade-offs in other domains of character? Are honest people perceived as less compassionate or less agreeable? Jayawickreme describes these ideas with an example: If one needs to break a harsh truth to a friend, do they emphasize telling the truth or emphasize not hurting their friend’s feelings?

“That is what I think is so interesting about studying moral behavior and character,” Jayawickreme said. “In many cases in our lives, it is not always obvious what the right thing to do is.”

Jayawickreme also applies these techniques of quantifying character into another important facet of his research: investigating differences in human resilience after traumatic events.

For instance, in American culture, there is a surrounding narrative that coming out of something difficult will make you stronger as a person, a sentiment established by Nietzsche and echoed by cultural figures like Kelly Clarkston and Kanye West.

This American societal narrative is directly influential to a person’s post-trauma recovery process, Jayawickreme explained, and can even put pressure on a person to grow after adversity. Essentially, this cultural narrative creates a goal of recovery that might outpace the individual.

“Because people see [recovery] as desirable,” said Jayawickreme, “people might [be inclined to] tell you they’ve grown even when they haven’t.”

Despite cultural narratives complicating recovery, Jayawickreme says that after adversity, the average person tends to be resilient.

“A lot of research suggests that people are pretty resilient. Of course, people will struggle … but a good proportion recover over time,” Jayawickreme said. “The modal response to adversity seems to be resilience. I think the interesting question is … to what extent people can grow from adversity.”