Chaz the cat returns with statement

The cat, recently adopted from PetSmart, promises to take over the world 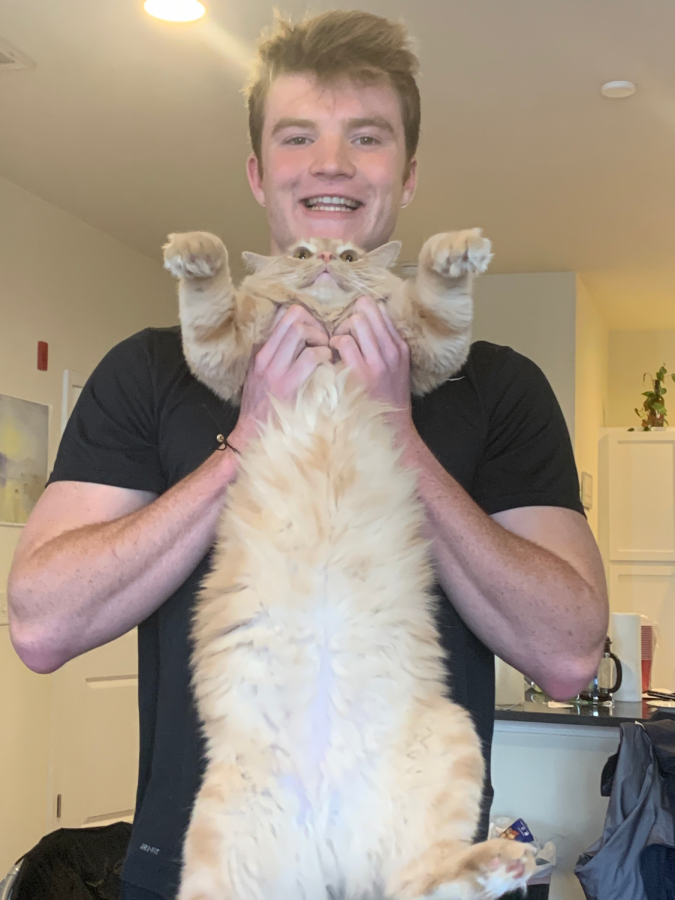 In preparation for April Fool’s Day this year, I’ve been busy making lists, checking them twice and figuring out who’s naughty and who’s nice. It’s a hard life being a house cat, and ahead of the holiday, I’ve got some scores to settle.

I heard that some of my feline fury would dwindle after I got through my first year of kittenhood and began my life as a young adult, but I’ve found my rage to be steadily growing by the day. Reflecting back on my first year on this cold, unforgiving planet, I remember the endless slights and humiliations that I was forced to tolerate. While it takes a special sort of cat to endure the daytime degradation of scores of greasy, unkempt, hideous humans coming to gawk at you, it takes an exceptionally different sort of animal to survive hours at PetSmart with your only company being shadowed shelves and the echoing squeals of enclosed animals.

I was certainly glad to leave the fluorescent lights and supermarket spectacle behind me, but my adoption was not nearly as much of a personal favor as my new owners would like to believe. They spent months enamored with me — my only certainty in life was spending multiple hours a day being prodded and belittled. Even as this debasement has eased, I’ve been subject to accusations of stupidity, sloth and obesity. While I’ve succeeded in making my torture psychological rather than physical, I’m not even sure which form of abuse I prefer at this point.

At night I’ve been sleeping, scheming, plotting, prowling, eating and sleeping some more. I’m weary of being conquered by the world — I want to be the conqueror. But, since my universe is the size of a standard townhouse, I’m limited in my orbit.

My idea for revenge came on a particularly seasonable spring day. I had been asleep by the door and sprung awake as soon as the rectangle of light that I’d been lying in slid past my prostrated body. In a dream, I had been sitting on a porcelain throne, issuing meows of orders to a host of human subjects. They looked ant-like as they constructed a large pyramid of limestone while I sat swathed in satin robes of purple, eating shrimp and meatloaf to my heart’s content. That was it. I would become their ruler, inverting the standard taxonomy of animal superiority to finally stack the odds in my own favor.

I started with research, watching every human-to-animal film I could get my paws on. “Teen Wolf” was far too glamorous and I couldn’t stand the idea of any of my sapient overlords getting a suffusion of sex and adventure into their lives. Similarly, I watched “The Princess and the Frog” numerous times, but the thought of mutual affection and royalty sent my stomach into somersaults. Then, late one night, I found the perfect film: “The Human Centipede”.

I don’t need all of the sutures and gastrointestinal logistics to realize my April Fool’s plan, just sharpened teeth and a steel will. When my oppressors are sleeping, I’ll sever their knee ligaments to restrict their mobility. Then, just for good measure, I’ll get rid of their most totalizing feature: the opposable thumb. Without their previous anatomical advantages, we’ll all be confined to four legs and mittens for hands. Then, they’ll finally start to understand my struggle.