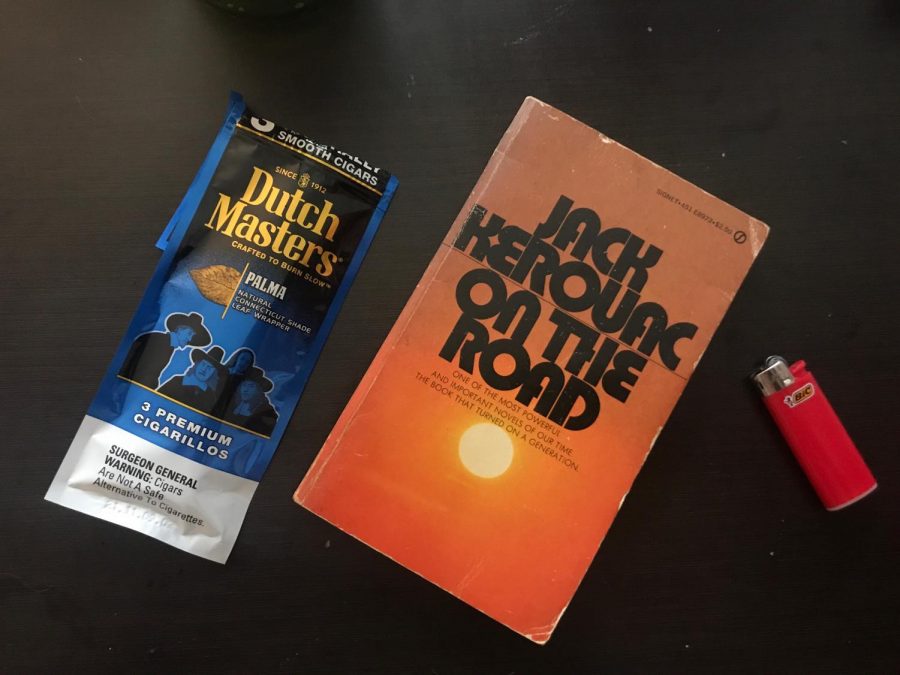 After reading Jack Kerouac’s classic novel “On the Road”, Associate Dean of Student Conduct Jim Simpson announced on Monday that he has opted to revise the sections of the student code of conduct regarding drug use.

“After reading about Dean and Sal’s experiences using drugs and alcohol to expand their worldviews and pursue fleeting hedonistic pleasure, I’ve decided that my office will no longer prosecute student drug and alcohol violations on campus,” Simpson said in an interview on Monday.

After finishing the novel, Simpson decided to smoke a joint for the first time in his life.

Soon thereafter, he decided that his office’s stance on student drug consumption was stifling the university’s intellectual environment.

According to Simpson, “After my ego dissolved, I realized that capitalism is a fragile artifice that thrives on the subjugation of the human spirit, really some Marxist [expletive] if you think about it. Then I thought, damn, this stuff could really generate some cutting-edge scholarship from our student body. Then my doorbell rang and it was a delivery guy from Papa John’s. Apparently I’d ordered pizza and totally forgot about it, which was, like, a great surprise.”

Under the Student Code of Conduct’s existing guidelines, students found to possess minor quantities of illicit drugs may be placed on disciplinary probation and required to complete the BASICS 1:1 course. However, under Simpson’s forthcoming rule-change, students will be allowed to consume drugs and alcohol on university property and at university-sponsored functions, so long as they provide proof of willingness to share.

“I really think this is a turning point for the university,” Simpson said. “Like, take Foucault or Barthes … There’s no way those two weren’t using copious amounts of drugs. So we’re supposed to teach them in our courses but say, ‘nah, y’all aren’t allowed to smoke a bowl on a Friday night?’ After getting high for the first time last week, that notion no longer makes sense to me.”

“So, like, [inaudible] sorry, so like what I was trying to say is … Hold on I lost my train of thought … Oh [expletive], yeah, so I think Mister, uh Doctor, uhhh Dean Simpson makes a great point and … So I just think we should, like, take a minute to show humanitate, and, um, right, so the point is that you won’t get in trouble for like, you know, having drugs now,” Wait said.

The changes to these regulations were hailed by Carter Johnson, a student recently suspended for his involvement in a drug trafficking ring that served students at Duke, UNC and Wake Forest.

“I wasn’t really excited about having to explain to potential employers that I was moving hundreds of kilos of cocaine across state lines when I was a junior in college,” Johnson said. “But now I’m off scot [expletive] free thanks to the new regulations.”

Along with relaxing the university’s restrictions, Simpson has new plans for the student code of conduct. He plans to revise sections of the code that relate to on-campus parking and plans to impose steeper penalties.

“I’m sick and [expletive] tired of kids parking in the C lot during the workday,” Simpson said. “From now on, if I see that [expletive], I’m cutting your [expletive] brakes. No warnings either.”