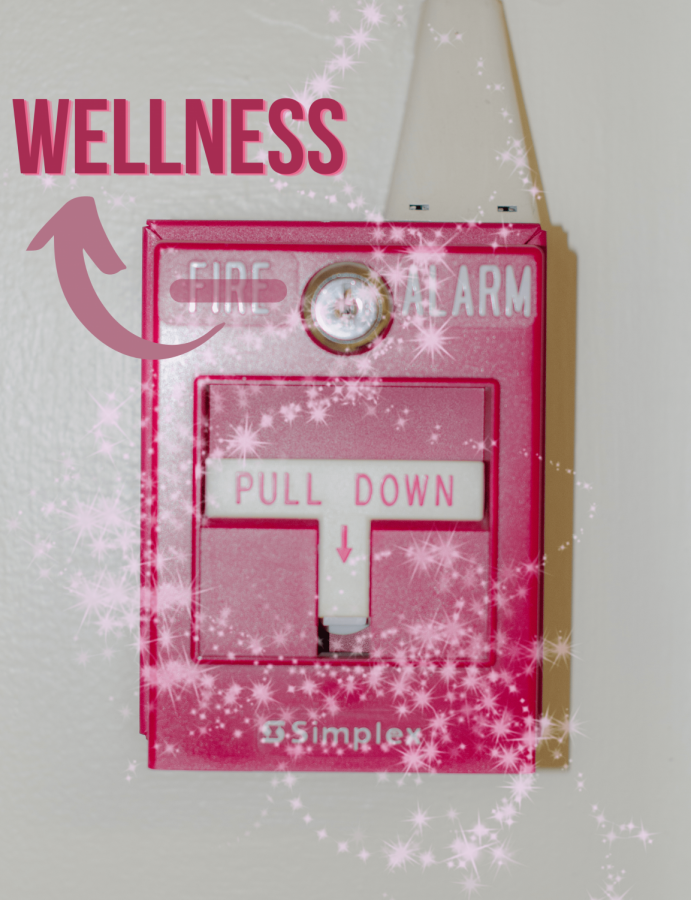 As pressure mounts from students demanding any semblance of a Spring Break or an expansion upon the two modest-at-best “Wellness Days” written into the otherwise normal semester calendar, university officials recently announced that they have listened to these concerns and generated a creative solution.

Fire alarms, once known to alert residents and building occupants of a fire-related emergency, are now scheduled to interrupt Wake Forest students’ lives to provide them an opportunity to enjoy the beautiful North Carolina springtime weather.

“We just thought, you know, these kids really need a break,” said one university administrator, who wished to remain anonymous because their name is embarrassing. “And what better way to achieve that than to set off the fire alarm every few days to give them a chance to get outside and breathe in the fresh air. Our students are always stuck inside studying, so we’re just trying to promote healthy habits.”

While the administrator requested their name be excluded, they did grant the Old Gold & Black permission to publish the transcript from our interview.

Interviewer: What inspired you to opt for increasing the prevalence of fire alarms instead of, say, adding a few days off?

Administrator: Well, we don’t want students to be traveling during the pandemic, as even one day off could mean that the remaining 30% of Greek life could contract COVID-19. Instead, we thought shorter breaks for concentrated cohorts of residents to gather in large groups outside their building for 15 minutes — or until the fire trucks arrive — were a viable solution. I mean, the last thing we want is individuals going home to their families. It’s also a great opportunity for contact-traced students to see their friends for a few minutes amidst their otherwise lonely self-quarantining period. Finally, the fire alarms also force students to reevaluate and reflect upon their lives as the threat of a fire, which could burn their rooms and possessions, momentarily occupies some head space.

I: How do you decide when to schedule the alarms?

A: This was one of the trickier parts of our plan. We definitely wanted to interrupt class for as many students as possible because we thought doing so would give them a nice break from droning professors and note-taking. We also know midterms can be a bore, so we’ve tried to give some students a rest about halfway through their exam periods.

I: Some students have reported fire alarms ringing in the middle of the night, and sometimes multiple times in a single night. How does this scheduling contribute to your wellness plan?

A: Oh, those were just vapes setting off the alarms on their own. We didn’t schedule those. We did consider using night hours to wake students up abruptly so that, when they went back to sleep, they enjoyed it more. Unfortunately, we were informed by HR that we were edging into CIA sleep-deprivation territory. It should be on the record that we only tried that once, and from then on, all wellness-related fire alarms have been scheduled during daylight hours.

I: Do you take weather into consideration when you plan each event?

A: We try to anticipate the sunshine as much as possible, but last week we had an intern go rogue and set one off during the thunderstorm. Honestly, I thought it was pretty funny seeing sorority girls standing in the pouring rain, but our boss did not agree. That, unfortunately, won’t happen many more times.

I: How effective has this program been since its implementation?

A: We see the students gathering on the quad and in the courtyards of residence halls during class hours as a huge success. The only feedback we’ve received from students is that some professors don’t appreciate them leaving class during important discussions, so their participation scores are significantly docked. I think those professors really need to get that stick out of their [expletive]. We only wish we could implement fire alarms in professors’ homes, too. That plan was also discouraged by HR.

I: Do you have any goals or changes you would like to make to the fire alarm plan after observing its effect on students?

A: We hope to reach every student by the end of the semester, though it’s hard to keep track of how many students are in the building at each time. For dorms like Efird and Magnolia, we realized we may have overscheduled alarms, but it’s still a new system, so there are obviously going to be issues we need to work out. Aside from that, we’re confident that this is a good use of our time and resources and have no intention of stopping our flourishing fire alarm wellness program any time soon.

The Office of Residence Life & Housing sent out an email on March 19 stating, “Be assured that our alarms are functioning properly and doing what they should.”

Students should interpret this to mean that the alarms are following the new wellness schedule put into effect by the university, and they should take every opportunity to enjoy the time outdoors when prompted to exit the building due to a “fire emergency.” Contrary to the misnomer, these alarms should not, in fact, alarm you. Instead, students should appreciate the university’s effort to promote wellness in combination with their efficient answer to demands for a break.