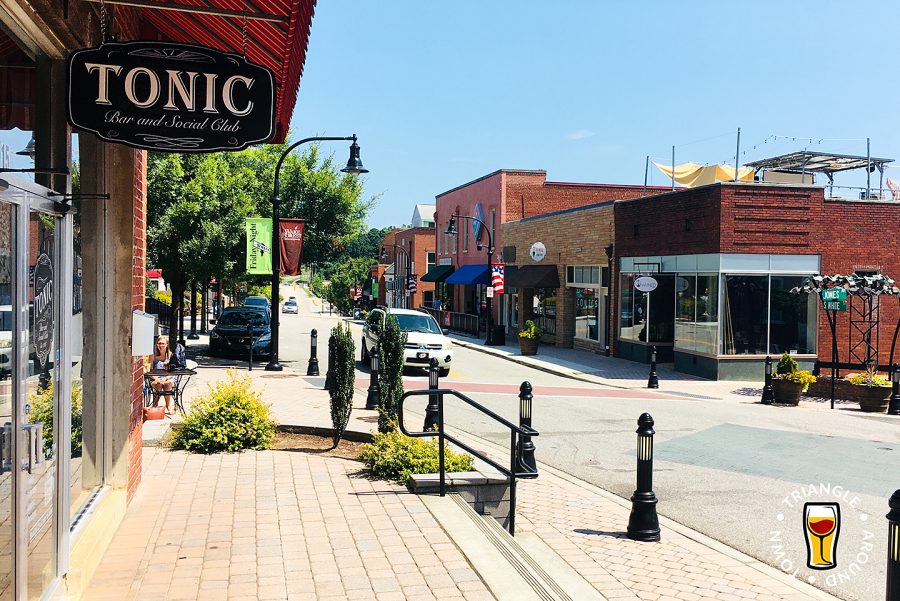 Campus administration cited boredom and the great real estate in Wake Forest, N.C. as reasons for the move.

After two days of careful deliberation, Wake Forest’s administration has decided the time is right to move campus back to its original location of Wake Forest, N.C.

One administrator, whom the Old Gold & Black spoke to on the condition of anonymity, discussed the administration’s motives behind the move.

“We’re honestly all just bored,” the administrator said. “After spending so much time on Zillow over quarantine, everyone I work with just wanted a change of scenery. When we looked at the numerous affordable mansions (I mean, they’re under $5 million) near the old campus in Wake Forest, we said ‘why not rip it?’ We think it will be best to move the whole community to the original campus in its entirety. After all, Wake Forest loves tradition, and what is more traditional than relocating back to our original campus town?”

According to the administrator, campus will be shipped in parts via U-Haul. A local startup business, Storage Scholars — a move-in staple for Wake students — will assist with moving students’ personal belongings.

It is said that the spire of Wait Chapel will be flown cross-state via private jet. This decision was made after the Blackhawk helicopters, which landed on campus last week for an ROTC training exercise, were unavailable to rent.

“We know this decision might seem shocking,” the administrator said. “On the other hand, at this point, we are hoping our eventual email will be confusing enough that everyone shrugs and goes along with it. The fewer questions the better.”

This anonymous administrator, for their part, fully plans to be relaxing on a beach in the Outer Banks when that email is released.

For those concerned about the price of the move, the administrator reassured the Old Gold & Black that it will cost a tiny fraction of the university’s $1.35 billion endowment.

“We have gone over the funds extensively. There is more than enough room in the budget for us to dig up the foundations of each building, ship them an hour and a half down the road, and place them seamlessly onto an empty field in Wake Forest,” said the anonymous administrator. “We will simply withdraw the funds from dining services and planned renovations to Luter.”

Though in an entirely new location, campus will look almost exactly the same. All dorm building renovations will be pushed back, as will efforts to investigate why on Earth students set off the fire alarm every time they attempt to make popcorn.

With that in mind, administrators hope that the Wake Forest experience will remain largely unchanged despite the colossal impending changes. They emphasized that their goal is not to subvert Pro Humanitate, but simply to have a little fun during unprecedented times.

“We hope this move is not too stressful for anyone,” said the administrator. “We know that the combination of midterms, Zoom fatigue, gathering restrictions, awful weather and a literal pandemic has made for a difficult year. This is why we are keeping mental health at the forefront of our minds as we plan this extensive transition to campus life and upend most facets of the Demon Deacon experience.”

The administrator encouraged students to take yoga classes and long walks outside as they prepare for what is to come. They also noted that Fireside on Manchester will continue to operate as normal on the new campus.

Though the move is planned for this summer, Wake Forest has not yet released information about its plans. However, housing selection has been delayed for the 2021-22 school year due to the transition.

As for Wake Forest’s athletics program, administrators hope moving near the Triangle Research Park, which consists of Raleigh, Durham and Chapel Hill, will finally return the basketball team to relevance. Though the team does not hope to compete with Duke, sources noted, they hope the sheer proximity to Cameron Stadium will “get the juices flowing.” As for UNC and NC State — the other two schools in the Triangle — the administrator acknowledged that, if nothing else, Wake Forest merchandise will be displayed in local Targets as well.

Over the semester’s final weeks, students will likely notice a few changes on campus. Administrators plan to pack all signage for the upcoming move early so it will be ready to distribute around the new campus before move-in. Additionally, Storage Scholars will begin sending broadcast-all emails early this year. The company hopes this will encourage students to actually use their services this year.