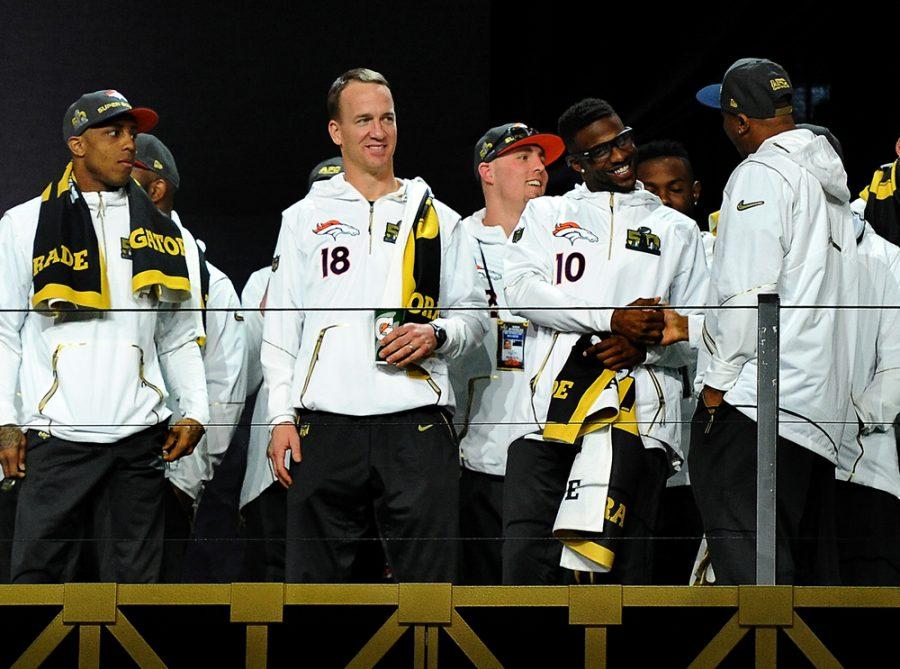 Levis Stadium, home of the 49ers will be the site for Super Bowl 50 which will take place this Sunday, February 7, at 6:30 p.m.

The Carolina Panthers will play in their second Super Bowl in franchise history following a defeat by the New England Patriots in 2003.

The Denver Broncos, on the other hand will advance to their eighth Super Bowl with a chance to secure their third win. With two of the best defenses in the NFL, the teams will have to look to their offense to ultimately win the game.

In a game that could be Peyton Manning’s last, he looks to continue  and build on his stellar performance that he had against the New England Patriots last week in the AFC Championship.

Though Peyton Manning put up impressive numbers, he could not crack the Patriots defense in the final quarter. Look for him to come out strong and target veterans like wide receiver Demaryius Thomas down the sideline.

Don’t expect many throws to the middle of the field as Carolina’s Luke Kuechly will lock that piece down. On the other side of the ball, Carolina’s offensive line needs to give Cam Newton time to run his offense. New England had a terrible time in attempting to stop Denver’s pass rush as Brady was knocked down over 20 times. Carolina, who statistically has the better offense, will look to their defensive game to stop Manning and the surging Denver Broncos.

With two powerful defenses and offenses, this will be a great game. I expect both teams to score early and often, leaving the game in the hands of the defenses.

The Broncos and the Panthers represent two very different styles of football and personalities. Manning, known as “the sheriff,” has long been considered one of the greatest minds the game has ever seen. Even as his physical skills have started to decrease, Manning’s mind alone, and ability to change plays at the line of scrimmage, has kept him from losing his position as starter.

Newton, on the other hand, is very much a new age quarterback. His raw talent, athleticism, ability to read defenses and charisma have led the Panthers to one of the best seasons in the history of the National Football League.

Newton will likely be awarded the MVP award later in the week, and deservedly so. Without Newton’s heroics throughout the season it is unlikely that the Panthers would be in the position they currently are.

The Panthers themselves have really taken on Newton’s upbeat, and fun-loving personality. They have been seen dancing and dabbing throughout the season. During the Super Bowl media day on Monday, the Panthers were loose, joking and laughing throughout the entire process.

The Panthers may seem calm and relaxed, but once the actual game begins it may be a very different story.

Regardless of the outcome, fans will likely be treated to an extremely entertaining game. The Broncos, while they may be huge underdogs, have an amazing defense and one of the greatest quarterbacks of all time. He may not be having the best season of his career, in fact, it’s likely his worst, but Peyton is going to put the Broncos in every scenario possible to win Super Bowl 50 on Sunday. If the Broncos do lose the game on Sunday it will not be because of Peyton Manning.

My prediction is that Carolina will win its first Super Bowl in franchise history by the score of 31-20 and Cam Newton will win Super Bowl MVP. Be sure to watch the action unfold with many new commercials with a Coldplay and Beyonce halftime show on Sunday at 6:30 p.m.