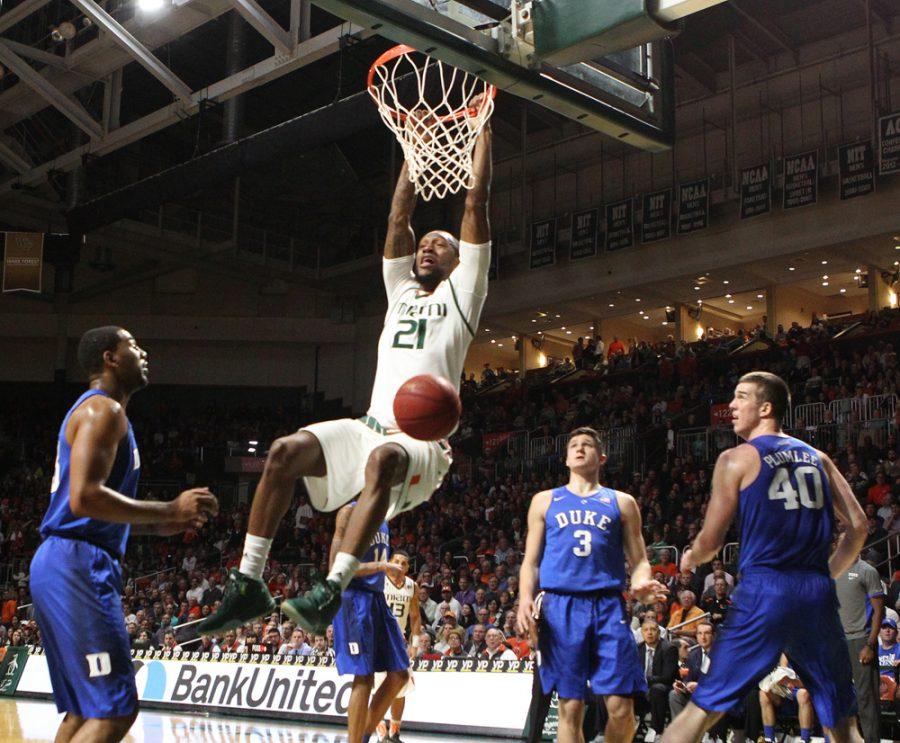 This past week, the ACC saw several intriguing match-ups. Because the ACC is consistently viewed as one of the top basketball conferences in the nation, every game has the chance to a battle for 40 minutes.

Clemson, who is turning heads by starting 6-2 in conference play, made more strides this week as the Tigers decisively beat Pittsburgh on Wednesday night by a final score of 73-60.

The Pittsburgh Panthers came into the game as one of the ACCs most defensively feared teams, but Clemson came out firing on all cylinders. The Tiger’s took a 40-26 lead into halftime. Clemson’s Jared Blossomgame had 22 points while Jordan Roper added 13 points. Michael Young added 25 points for Pittsburgh as their second half comeback attempt fell short. Clemson’s next big game will be next Sunday against No. 25 Notre Dame.

One of the most anticipated ACC matchups of this past week pitted No. 11 Virginia against No. 16 Louisville at the KFC Yum Center in Louisville. UVA’s staggering defense set the tone out of the gate as they went into the half 29-14. Nothing changed in the second half as the Cavaliers went on to win convincingly by a final score of 63-47.

The ‘Hoos balanced offensive attack was led by Anthony Gill and Malcolm Brogdon who each scored 13 points. Virginia looks forward to traveling to Pittsburgh on Sunday while Louisville is set to host North Carolina on Monday night.

The conference upset of the week took place on Saturday in Raleigh as N.C. State knocked off No. 15 Miami. The Wolfpack started the game knocking down shots and never looked back. The Pack took a five point lead into the half and extended that throughout the second half, ultimately out-scoring the Hurricanes by a final score of 85-69.

The Hurricanes, who are still in prime position to make a deep run into March, look to bounce back against No. 25 Notre Dame on Wednesday in Miami. The N.C. State Wolfpack look to build off of their momentum gained against Miami. They head into this next week with tough road games as they prepare to take on Florida State in Tallahassee

and then make the 25 mile drive to Durham to take on the Duke Blue Devils on Thursday.

As we head into the last month of regular season conference play, we start to look forward to the 2016 ACC Tournament in Washington D.C. and the NCAA Tournament. I expect North Carolina to take the ACC Tournament title — but not without trouble — as this year’s conference tournament will offer some great basketball. I see nine ACC teams ultimately making the 2016 NCAA Tournament, which would be a tremendous showing of depth for one of the best basketball conferences in the nation. The next few months should be filled with nightly excitement in the ACC.