After 44 years of Roy Williams at the helm, North Carolina turns to Hubert Davis 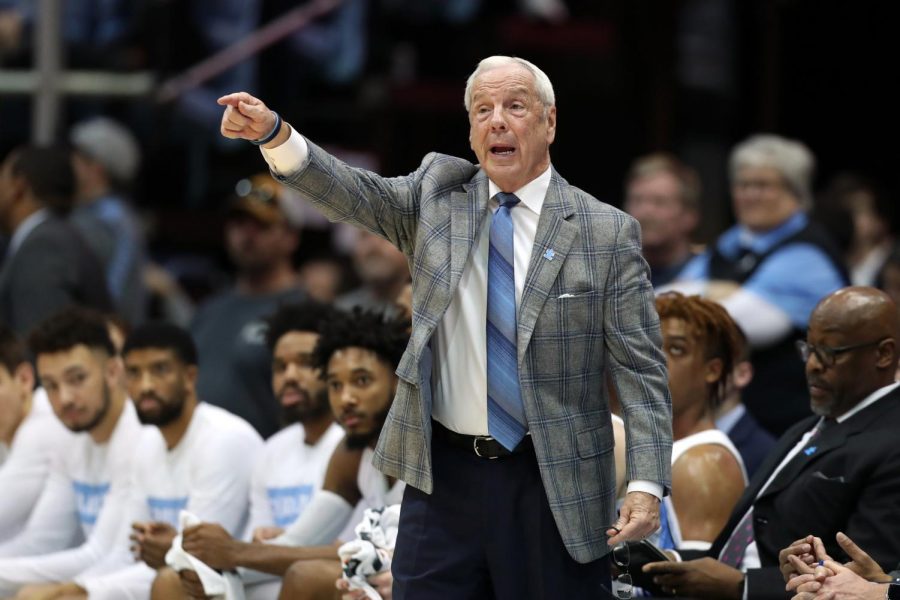 Most sports fans know to be wary of any “Breaking News” headlines about their favorite team or athlete that appear on April 1. So when head coach Roy Williams announced his retirement from the University of North Carolina men’s basketball team last Thursday morning, stares of disbelief quickly turned into sighs of relief once fans remembered what day it was. Until they refreshed and saw @UNC_Basketball, the official team twitter, confirm the news minutes later.

Williams called a close to his celebrated career after 48 years of coaching, which included three stints in Chapel Hill — as a player under Dean Smith and as an assistant coach with Smith from 1978-88 before he became head coach of the Tar Heels in 2003. The 70-year-old retires with 903 all-time wins (good enough for third-most wins as a men’s coach in history), three national championships, six National Coach of the Year awards and an induction into the Naismith Memorial Basketball Hall of Fame in 2007. Williams is the only men’s coach to record 400 wins at two different schools — Kansas and UNC — and the only coach, men’s or women’s, to reach four Final Fours at two different schools.

“I first met Roy Williams in the mid 1990’s when he was the Head Coach at Kansas and I was the Head Coach at Barton County [Community College in Kansas],” Forbes tweeted. “To this day, I remember walking away from our initial conversation so impressed with how genuine he was and how he was so down to earth. Fast forward to 2021 and he hasn’t changed one iota. Despite all the highs and all the lows in the coaching profession, despite all the wins and all the successes, Coach Williams is still the same person today that I met some 30 years ago.”

“Success has not changed who he is,” Forbes continued. “I respect that more about him than anything else. Roy Williams is a Hall of Fame person and coach, there is no phony baloney. I wish him and Wanda all the happiness in the world.”

The two coaches have only faced off once on the court, when UNC beat the Demon Deacons 80-73 on Jan. 20 of this season. Williams has faced the Demon Deacons 26 times over the span of his coaching career, compiling a 19-7 record which included winning eight of the nine previous meetings.

Announced Monday afternoon by The Athletic, current assistant coach Hubert Davis will replace Williams as head coach for the foreseeable future. Davis was seen as the frontrunner for the position for the past week, ultimately beating out fellow assistant coach Steve Robinson — who worked with Willaims for 26 seasons — and Wes Miller, who is the head coach at UNCG and played at Chapel Hill from 2004-07.

Davis will become the program’s first Black head coach after spending the previous nine years alongside Williams on the bench. Williams helped recruit Davis to join the illustrious UNC program in 1988, but left for Kansas during Davis’ freshman year. The 6’5″ sharpshooting guard graduated in 1992 with the Tar Heels’ best three-point shooting percentage, 43.5%, a record that still stands to this day. Davis was then drafted 20th overall by the New York Knicks and would then embark on a 12-year journeyman career most notably spending time with the Raptors, Mavericks, Wizards, Pistons and Nets. He became a college basketball analyst for ESPN in 2008 before being recruited by Williams once again to join the Chapel Hill coaching staff.

In a video tweeted by @UNC_Basketball shortly after the announcement, a beaming Davis says “I’m Hubert Davis and I’m a Tar Heel. I’m proud, thankful, humbled and appreciative of being your new men’s basketball coach for the University of North Carolina.” UNC fans have been just as receptive and welcoming to the news and are excited for the Davis Era to begin.