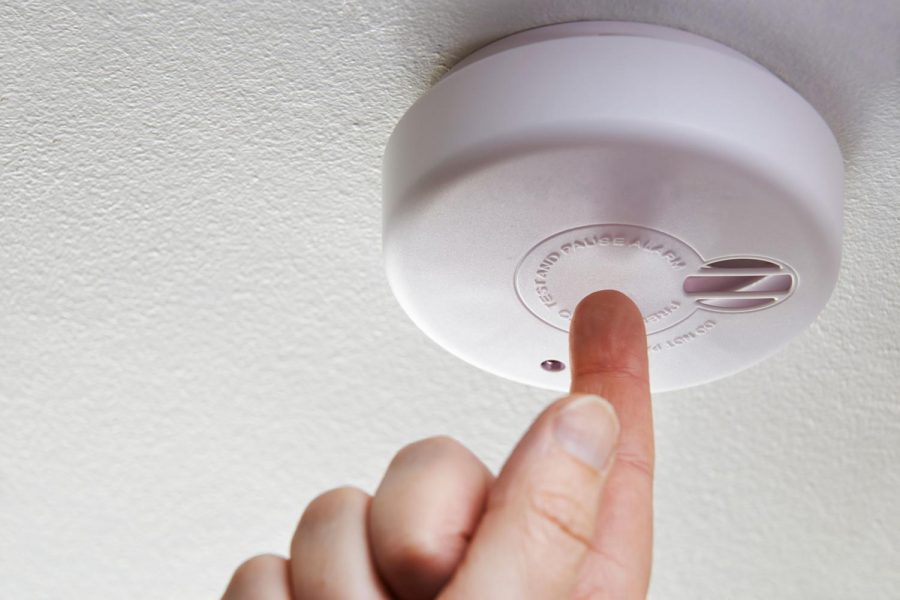 In the middle of a particularly brutal 7th grade Pre-Algebra test, one of my trouble-making classmates slipped into the hallway and pulled the fire alarm. We then played foursquare as the entire school waited for the fire department to arrive. Let’s just say I have not enjoyed the five-plus fire alarms that have gone off in Dogwood Residence Hall in the past couple of months as much as I did in seventh grade. In fact, it is not hyperbolic to say that the fire alarm in 7th grade was the only one that I have ever enjoyed.

I don’t know whose fault it is, or what the reason behind the problem is. All I know is that this needs to be addressed. If there are particular students or suites in Dogwood that are the cause of the alarms, their information should be widely disseminated so they can receive the scorn and derision they deserve. If the problem is that the alarms are way oversensitive (which is my guess, even though Residence Life & Housing vehemently denies this), then the machines need to be replaced. It can’t be cheap for the university to keep paying the city of Winston-Salem for all these false alarms. Long term, it has to be cheaper to invest in properly calibrated alarms than to keep paying fines. Or they could just, and hear me out, buy really shoddy, cheap fire alarms. The probability of their actually being a massive, engulfing fire is extremely low. And I figure if worst comes to worst, I will smell the fire and hear the screams. I’m half kidding because I value human life and am aware of how insurance policies work. I think there’s a common ground of having fire alarms that will save lives in the event of a fire and ones that don’t go off anytime anyone anywhere vapes.

The March 19 email from Residence Life & Housing says they are “closely monitoring a recent increase in fire alarms.” They spend most of the email assuring concerned residents that the fire alarms actually work. Yeah, we know, they work a little too well. They go on to say that the sensors can’t detect the difference between smoke and hair spray or air freshener. I’m no fire alarm expert, but this seems to be an issue. Can the university invest in some alarms that can detect the difference? If these things don’t exist, can we throw the weight of both the public and private sectors into developing such technology? We can send someone to the moon and clone sheep, but we can’t develop a fire alarm that can tell the difference between Axe body spray and a raging inferno? Heavens to Betsy.

Although I usually prefer to approach every situation with an unhealthy amount of levity, it actually isn’t good that the fire alarms go off so many times. The past couple of times, many people have just barricaded themselves in the bathrooms as the alarms ring incessantly. If there’s actually a real fire, all this boy-who-cried-wolf-fire-alarm stuff might hurt a person or two. So you know, by fixing the fire alarms, the university could maybe potentially avoid a massive PR hit, however unlikely that may be. Furthermore, we still are in a global pandemic (looking at you, Josh Pastner), so having hundreds of people walk down the stairways and congregate in close quarters as the alarms go off probably isn’t great from a public health standpoint.

But that’s just my .02 as a frustrated tenant of Dogwood Residence Hall. The more fire alarms I have to be a part of, the crankier I get. The crankier I get, the more I write in the OGB. So do everyone a favor, RL&H, fix your fire alarms.