According to University Police, Winston-Salem has seen over 100 catalytic converter thefts this year 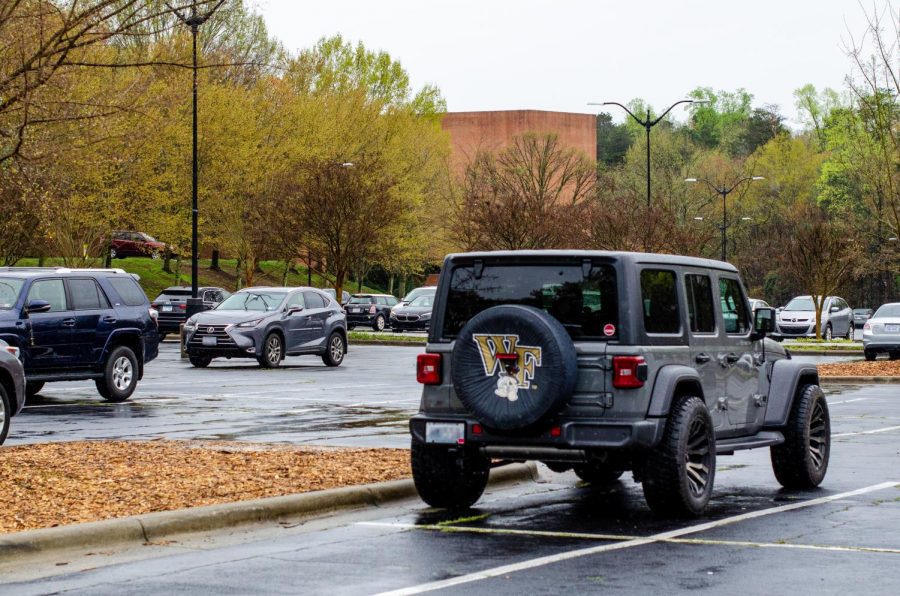 How valuable can one car part be?

A recent string of thefts in Winston-Salem have targeted catalytic converters — which reduce the emission of toxic gasses — of vehicles, some of which were parked in Wake Forest’s off-campus lots. The issue became so prevalent that Wake Forest’s Police Department sent out a memo to the community on Tuesday.

According to University Police, there have been five incidents of theft in the Freshman Lot and one incident in the Sophomore Lot.

“University Police recommend parking your car in a well-lit area and checking your car every day, even if you do not drive it,” the memo said. “Students can park on the main campus after 4 p.m. and until 8 a.m., Monday through Friday.”

Because of how easily catalytic converters can be removed from under a car and in such a short amount of time, thefts can occur at any time. Some older models are especially vulnerable because they do not have a protective element to safeguard the converter against theft.

“Should you see someone near or under a vehicle, go to a safe location and immediately call the police,” the release said.

Catalytic converters, in addition to the ease with which they can be stolen, are so valuable because they contain precious metals like platinum and palladium. According to the insurance company Allstate, a catalytic converter can garner up to $200 at a scrapyard. For victims of the theft, however, Allstate estimates that replacing the converter could cost as much as $2,000.

North Carolina General Statutes Section 66, Line 424, which was passed in 2014, prohibits the scrapping of any catalytic converter that is not attached to a vehicle. The adjacent states of Virginia, Georgia and Kentucky all have similar laws, but South Carolina does not. It is likely that this is where thieves are going to cash in on their thefts.

However, on March 20, the South Carolina House of Representatives passed a bill that would make buying or selling a stolen catalytic converter a crime punishable by three years in prison, according to WIS News 10. This will hopefully put a considerable damper on the levels of theft in the Carolinas.

“University and Winston-Salem police officers have increased security and patrols of the Freshman and Sophomore parking lots,” the memo said. “University Police Department officials have also been consulting with the Winston-Salem Police Department and the State Bureau of Investigation to share information and get updates on similar incidents, especially in areas close to campus.”