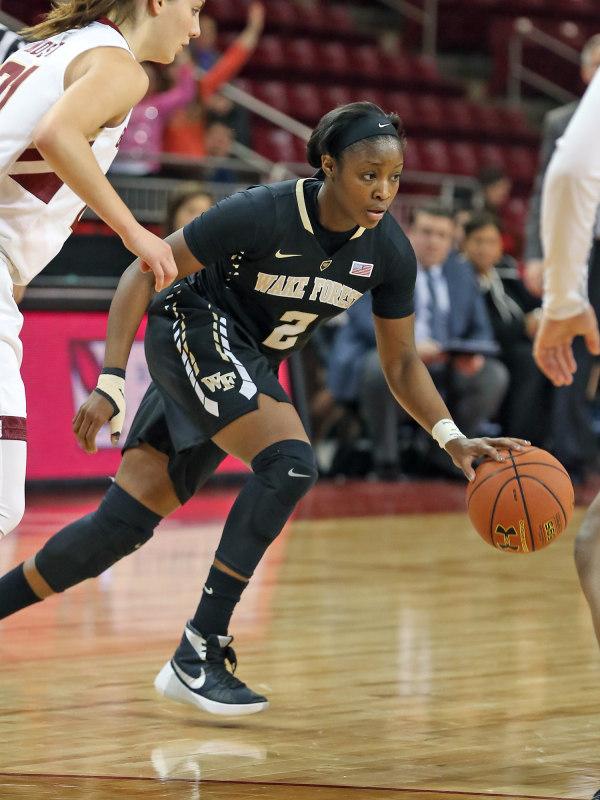 The Lady Deacs faced the Louisville Cardinals on Sunday, Jan. 31 at 2 p.m. as the Cardinals kept their perfect ACC record, defeating the Deacs 78-54 in Louisville, Ky.

Wake Forest put up a good fight in the first half, leading throughout a majority of the first two quarters, playing efficient defense.

The Deacs had better percentages in total field goals, three-pointers, and free throws by the end of the first half.

Wake Forest started to fall behind in the third quarter, which is when they committed a majority of their turnovers.

The turnovers committed in the third quarter were crucial mistakes that ultimately determined the outcome of the game.

Moreover, the Cardinals were able to capitalize on 13 points off turnovers in the third quarter alone. Louisville also gained momentum in the fourth quarter, scoring 14 points in the paint.

Another factor that ultimately led to Wake Forest’s downfall in the second half was players entering foul trouble as Kandice Ball and Ataijah Taylor each played with four fouls down the stretch.

Louisville had a deep bench and contained players that were able to contribute to the outcome of the game. In the fourth quarter, the Cardinals had 18 points from bench players alone, while Wake Forest only had 4 total bench points. Louisville also shared the ball and played as a cohesive team.

Mariya Moore led the Cardinals with 26 points and had an outstanding offensive performance, especially in the second half. Louisville only finished with 12 turnovers compared to the Deacs 25.

This has been an issue this season for Wake Forest.

If the team could get their turnovers under control, they would win more games because most teams convert a significant fraction of their points off of turnovers.

Wake Forest will take on the Pittsburgh Panthers on Thursday, Feb. 4 at 7 p.m. in Pittsburgh, Pa.