Will Zalatoris: A story of true grit 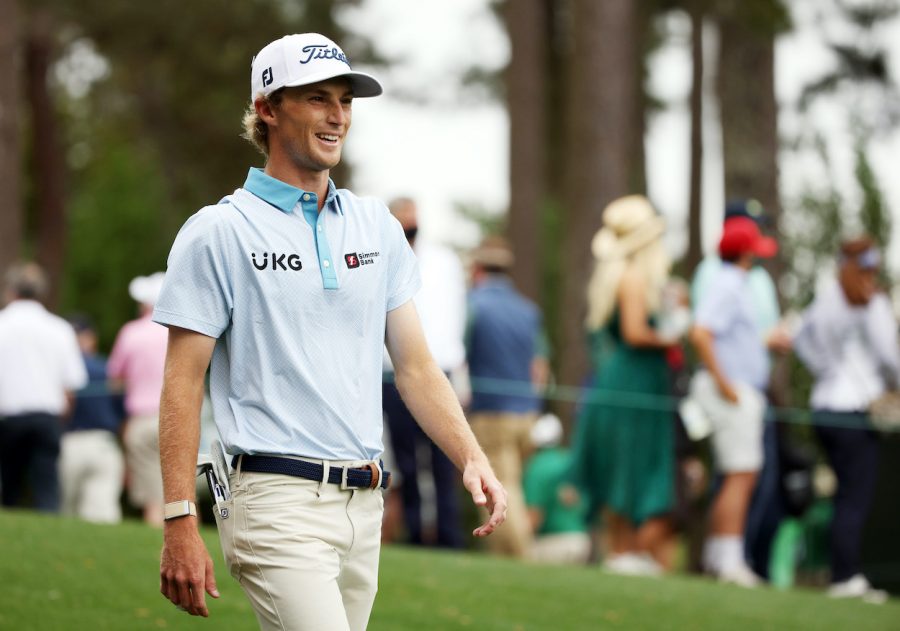 Zalatoris, a former Demon Deacon, walks off the 4th tee during The third round of the Masters in Augusta, Georgia on April 10.

In this year’s Masters Tournament, Hideki Matsuyama pulled out the win and pulled on the green jacket. Still, many eyes at Wake Forest and beyond were trained on a wiry, blonde-haired golfer likened to Adam Sandler’s caddy in “Happy Gilmore”. Will Zalatoris, in his first Masters appearance, stunned many by finishing in second place, one shot behind Matsuyama.

Zalatoris was born in San Francisco, Calif., where his father was a member of the vaunted California Golf Club. His family then moved to Texas, where he would play at the Bent Tree Country Club and strike a friendship with one of the biggest names in golf today, Jordan Spieth. Zalatoris quickly fell in love with the game.

“There was a group of kids who played together every day. It was our hangout,” Zalatoris said. “Pretty quickly, I quit all other sports. I knew I wanted to be a pro.”

After that revelation, Zalatoris quickly became immersed in the game. He began working with Scott Fawcett, one of the premier statisticians on the PGA Tour. Fawcett caddied for Zalatoris in the Texas State Amateur, which he won at the age of 17. Even at that young age, Fawcett knew that Zalatoris was special.

Later that summer, Zalatoris won the U.S. Junior Amateur. The following year, despite aspirations of playing at Stanford, Zalatoris elected to attend Wake Forest after being offered the Arnold Palmer Scholarship. At Wake Forest, Zalatoris was a two-time All-American. In 2017, Zalatoris was featured on a stacked Walker Cup team alongside Collin Morikawa, Scottie Scheffler and Cameron Champ.

Zalatoris’ first Masters appearance came during his first year on the PGA Tour, one with all kinds of competition. This past week, little was expected of Zalatoris, but within hours of him starting his first round on Thursday, he changed that perception. After being one over par through 11 holes, Zalatoris flipped the switch, notching two birdies and an eagle in the next four holes. He finished the round two under par and tied for fourth.

In the second round, after a one-over front-nine, Zalatoris shot five-under on the back. His performance vaulted him into a tie for second, one stroke behind Justin Rose. After a one-under third round, Zalatoris once again found himself tied for second, this time four shots back of the leader, Matsuyama. Now in the final round, Zalatoris initially capitalized on a rough start for Matsuyama, narrowing the lead to as little as a single stroke. But soon, Matsuyama hit his stride and extended the gap. After a bogey by Matsuyama on the 18th hole, he beat Zalatoris by only one shot.

Despite missing out on the win, a second-place finish was a big step in Zalatoris’ career. The finish netted him a $1.2 million prize, and surely earned him much more in the endorsements he will receive after becoming a known entity on the PGA Tour. With the finish, Zalatoris will also be returning to Augusta National Golf Club in 2022.

For Zalatoris, playing in The Masters was the adventure of a lifetime.

“[It was an] absolute dream,” Zalatoris said. “To [play at The Masters and almost win] … I’ve been dreaming about it for 20 years.”

To some, the finish was surprising, but not to players on the PGA Tour.

“I’m not very surprised; I know some of y’all are,” Scottie Scheffler said. “I’ve been saying for years … he’s one of the best ball strikers I’ve ever seen. Any week in which he can just get a few putts to fall, you’re going to see him up there on the leaderboard.”

“It’s great to see,” said Webb Simpson, who, like Zalatoris, is a Wake Forest graduate. “He’s been playing phenomenal golf. I’ve heard he’s been a great player for a long time. [It’s] not a big surprise to me.”

Zalatoris has come a long way to finish second in The Masters. Only two years ago, he was ranked No. 1514 in the world and had no status on any tour. For months, Zalatoris questioned whether he had a future in the game of golf. After a time of reflection, he decided to give the game one last shot. Zalatoris began entering Monday qualifiers on the Korn Ferry Tour, a series of developmental events for the PGA Tour.

Then, COVID-19 struck. While the stoppage in play may have killed the momentum for many other players, Zalatoris just kept on working. During the break, he played five days a week with another big name in the world of sports, Tony Romo.

When the Korn Ferry Tour returned from the pandemic break, Zalatoris caught fire once again. Since the return in June, and through September, he finished in the Top-10 eight times and secured his first win at the TPC Colorado Championship.

In a normal year, 50 players graduate from the Korn Ferry Tour to the PGA Tour, but because of the pandemic, it was decided that there would not be any graduates for the 2020 year. Luckily for Zalatoris, because of his prolific play on the tour following the pandemic induced stoppage, he was in the top-five of the rankings for the year. The ranking allowed Zalatoris to play in the U.S. Open at Winged Foot. In his first major appearance, Zalatoris put his name on the map, finishing tied for sixth. The finish gave him temporary status on the PGA Tour and an invitation to the 2021 Masters.

Following that finish in the Dominican Republic, Zalatoris never left the PGA Tour. In 12 starts leading up to The Masters, Zalatoris only missed the cut once. Notably, he finished tied for fifth at the Shriners Open and tied for seventh at the Farmers Insurance Open. Zalatoris’ finishes on the PGA Tour have earned him 647 points, which would place him No. 32 in the FedEx Cup rankings. However, because of his temporary status, Zalatoris is not eligible. To be inserted into the rankings and become eligible for the season championship, Zalatoris must first win a tour event.

But now, after his finish at The Masters, glory for Zalatoris does not seem that far off. After grinding his way onto the PGA Tour, Zalatoris has played well and has come as close to the mountain top as he can get. He is close, oh, so close.

As a kid, Zalatoris once played at Augusta. When crossing the bridge at the 12th hole, his dad told him, “Look back and enjoy [this view] because it’s a view that you don’t really get.” Every day at that bridge this past week, Zalatoris did look back, remembering that treasured moment. Back when his father told him to enjoy the view, there was no way of knowing he would be at Augusta again as a pro. Now, there is no doubt that he will be looking back at that view for many years to come.